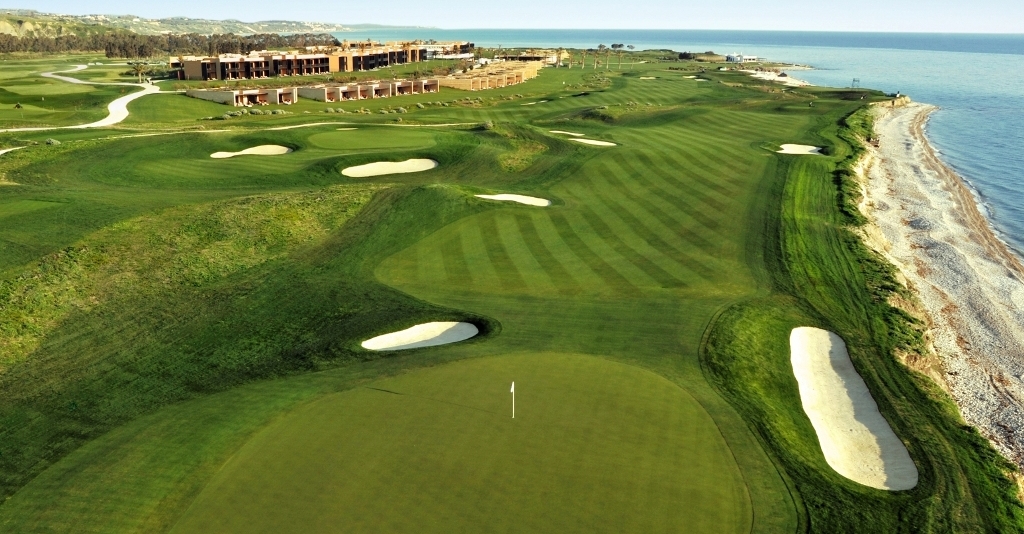 The inaugural edition of the event, which will take place at Sicily’s Verdura Resort from May 18-21, has already attracted numerous star names, including 2018 European Ryder Cup captain Thomas Bjørn and two of the biggest stars in Italian golf, Molinari and Manassero.

Bertasio and Paratore will be hoping to prove their worth at the exclusive venue in the presence of such established champions, having already found their feet on the European Tour in the past two years.

Paratore continues to prove why is regarded as one of European golf’s hottest young talents, adding another top ten to his repertoire at this month’s Trophée Hassan II – a tournament which produced a remarkable Italian victory for Molinari.

The 2010 Ryder Cup player, and the eldest of the two Molinari brothers, mounted an incredible title charge in Morocco, carding two eagles and two birdies on the back nine to force a play-off with Irishman Paul Dunne, which the Turin player eventually won for a first title in seven years.

Paratore finished an impressive 56th in the Race to Dubai Rankings last year in just his second season on tour.

“I played at Verdura Resort about five years ago so I’m sure it’s a little bit different now,” said Paratore. “I played as an amateur in some national team practice so I haven’t played any official rounds there. The course was a good, testing course. It wasn’t wide, it was quite narrow, so I like those kinds of courses.

“I will definitely enjoy the week and it’s always nice to play in my home country. It’s great to have more than one tournament in Italy. All of us Italians want to play there and enjoy it.

“There is a great amateur set-up in Italy so that’s why you see a lot of young Italians coming through now. The Ryder Cup is definitely helping to inspire Italian golf and help that movement for the game.”

Meanwhile, Bertasio cannot wait to return to Verdura Resort – a Rocco Forte hotel and host of the Sicilian Open in 2012 – for what will be a reunion of sorts for many of Italy’s up and coming young players.

The Rocco Forte Open – Verdura will be staged on one of the most spectacular and picturesque courses on the 2017 European Tour calendar, with a composite course combining the finest holes from the venue’s two 18-hole championship courses, the East Course and West Course.

Bertasio said: “I played the course last in 2012 in my second year as a professional. It’s pretty much right on the sea, so there are a lot of nice views. It’s a longish golf course and it can get quite windy being so close to the sea, but I remember it being a really nice place.

“The resort itself is beautiful, I think it’s one of the finest we have in Italy. I’m really looking forward to taking my girlfriend with me to enjoy the resort.

“A lot the Italian guys I haven’t seen for a while will be there too so I’m really looking forward to catching up with them. It’s great to have another event in Italy as well as the Italian Open and it’s going to be really nice to enjoy Sicily and hopefully have a good week.

“I think there are eight spots for Italian players so you may have some Challenge Tour guys playing and they can see how it is out here on the European Tour and learn from the experience.”