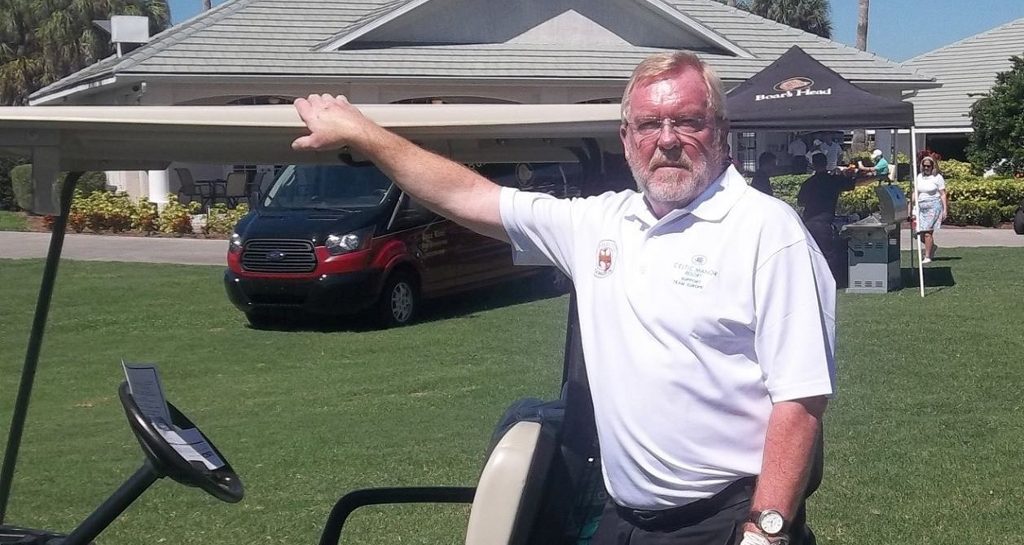 Riordan, 66, who lives in Dewsbury, is a director and northern events coordinator for the Disabled Golf Association (DGA), a pan-disability charitable interest organisation. And he was selected to play for Team Europe in the Phoenix Cup, in Florida – a team event against disabled golfers from the USA.

Although Riordan lost narrowly on the 18th hole of all three of his matches – foursomes, fourballs, and singles – his team managed to secure victory in the three-day event by 13½-10½pts.

He said: “Naturally, we were all buoyed by the success of the European team in the Ryder Cup at Le Golf National, and it led to some good-natured banter with our opponents. It was a great experience playing against the American guys in Florida and we were delighted to win.

“Our victory was tinged with sadness, however, as one of our party, Scot Billy Cairns, died at the hotel the day before the competition started. He had said, before travelling, that the trip ‘was the chance of a lifetime and (he) wouldn’t miss it for anything’. His passing obviously knocked everyone for six, but if ever there was a motivation for a team to get out on the course and win then this was it. There is no doubt Team Europe went out there and won it for Billy.”

Riordan also featured in a recent clash at Oulton Hall between DGA and Scottish Disability Golf and Curling (SDGC), of which he is also a member. The biennial team event, the Auld Enemies Cup, is also a team competition and Riordan captained the DGA.

“Sadly,” he smiled, “the victory went north of the border!”

Along with Oulton Hall’s renowned golf academy, the top venue offers a range of other facilities aimed at fine-tuning your swing, while the Claret Jug course restaurant is the ideal place to re-energise after a long day on the course. Its unique 18th-century former family mansion is the perfect choice for a hotel, with landscaped gardens, sweeping spiral staircases and a state-of-the-art spa.