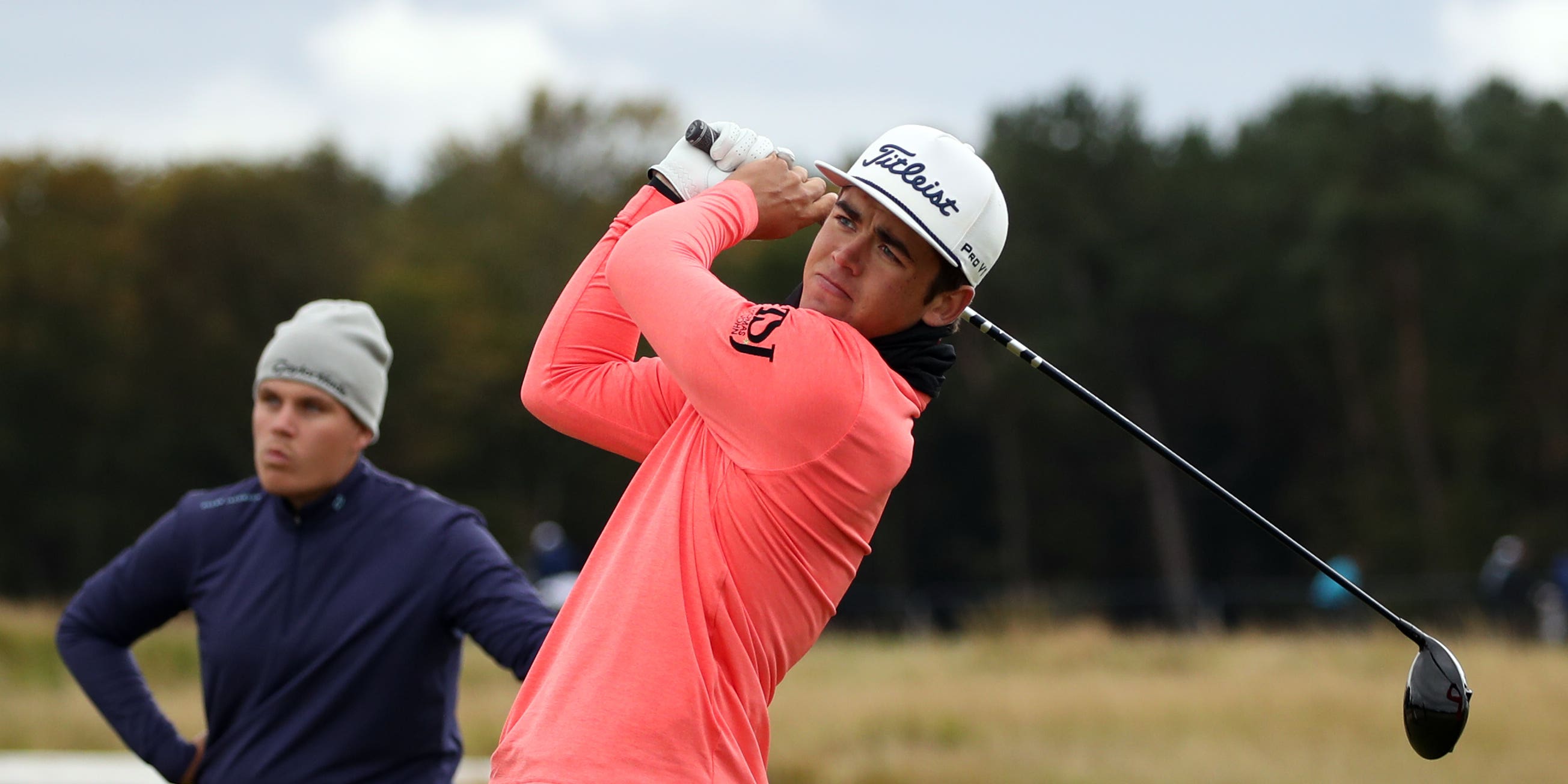 Richard Mansell has the chance to take another step in his rapid golfing rise as he enters the final round of the Canary Islands Championship just two shots behind leader Garrick Higgo.

The Englishman carded a bogey-free third-round 64 to get to 18 under, one shot clear of Scot Calum Hill, who made 13 pars and birdied the five par-fives on his way to a 66.

But they will both have to be at their best to catch Higgo, the in-form South African who won just two weeks ago and is a total of 61 under for his 11 rounds so far on the European Tour’s three-event Canary Islands swing.

Mansell enjoyed an impressive collegiate career in the United States before turning professional in 2017 and finishing second in the third-tier EuroPro Tour Rankings in 2019.

His maiden Challenge Tour season saw him finish second at the co-sanctioned Euram Bank Open and he plans to use lessons from that experience as he heads out in the final group on a Sunday for the second time in just his ninth European Tour event.

“I finished second at Euram Bank last year,” he said. “It was a co-sanctioned event, so a win would have got me my card.

“I didn’t and I had a little moment there on the 15th where I went to tap it in for birdie to tie the lead with three to play and missed it. Careless mistake, bit of a rookie error.

“Potentially that could have been the best thing that happened to me not winning there. Would rather do that in that event rather than the Open or the Masters one day.

“Learn from it, try to keep getting better and that’s what I’m doing. Happy with the progress.”

Mansell turned in 31 with birdies on the first, fourth, fifth and ninth and led by two when he added three more on the 13th, 14th and 17th.

But he could not keep Higgo at bay as the 21-year-old – who had earlier carded two eagles, two bogeys and a birdie – finished with four gains to get to 20 under.

Hill knows the challenge he will face against Higgo and believes he will need to get his game in order off the tee to have any chance of mounting a challenge.

“It was a good score for what I had to play with,” he said. “My driver wasn’t behaving itself all day.