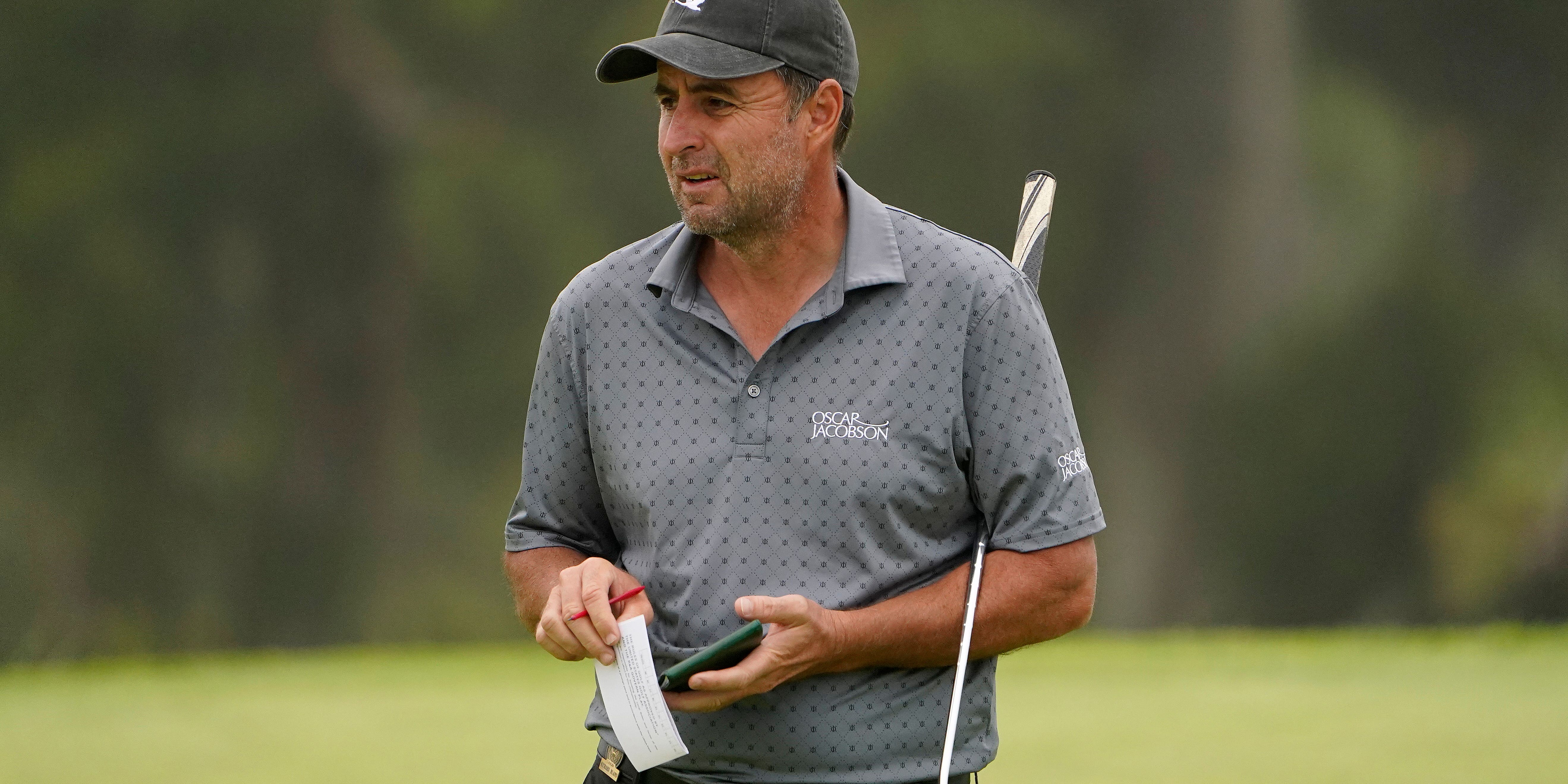 Five weeks after winning his first European Tour title at the 478th attempt, Richard Bland could dream of major championship glory after setting the clubhouse target on day two of the 121st US Open.

Playing only his second tournament in America in a 28-year career, Bland added a 67 to his opening 70 at Torrey Pines for a halfway total of five under par, a shot ahead of former Open champion Louis Oosthuizen.

Pre-tournament favourite Jon Rahm, who held a six-shot lead after 54 holes of the Memorial Tournament before being forced to withdraw after a positive Covid-19 test, was a shot further back alongside double Masters winner Bubba Watson.

Bland began the week as a 500/1 outsider and 115th in the world, remarkably the same ranking Phil Mickelson held before he became the oldest major champion in history by winning the US PGA, eight days after Bland’s victory in the British Masters.

The 48-year-old, who shot 77, 70 to miss the cut in the 2009 US Open at Bethpage, started his second round with birdies on the 10th and 13th before dropping a shot on the 15th after missing the green with his approach.

However, Bland then holed from 18 feet for birdie on the 16th and half the distance on the next to move into a share of the lead.

Bland found trouble off the tee to bogey the 18th but birdied the second, fourth and sixth to lead by two shots before making a bogey on the eighth after his tee shot plugged in a greenside bunker.

“I’m very proud,” Bland said. “To lead a major is always pretty special. I tied the lead in the Open in 2017 for a hole, so it’s nice to have it a bit longer than that.

“I was coming here off a couple of good results, a win and a third in Europe. I’ve been driving the ball well for five, six weeks now, which is the cornerstone if you’re going to put a fight up for a US Open.

Defending champion Bryson DeChambeau had every right to be worried about making the cut after two bogeys in the first three holes of his second round left him four over, only to then birdie the 13th and 16th and hole from 25 feet for eagle on the 18th.

Another birdie on the first took DeChambeau into red figures and although he bogeyed the third and seventh, a birdie on the ninth completed a 69 and left him five behind Bland on level par.

Four-time major winner Rory McIlroy had been within two of the lead when he birdied the 12th and 13th, only to then drop three shots in a row and, after a birdie on the 18th, three more in four holes from the second.

McIlroy repaired some of the damage with a birdie on the sixth and also birdied the ninth to get back to one over.

Oosthuizen had earlier held on to a share of the lead when play resumed on Friday morning.

The South African faced a birdie putt on his penultimate hole when play was suspended late on Thursday evening, a legacy of a 90-minute fog delay earlier in the day.

After racing his birdie attempt seven feet past the hole, Oosthuizen calmly holed the return and parred the last to complete a 67, before adding a second round of 71 to remain four under.