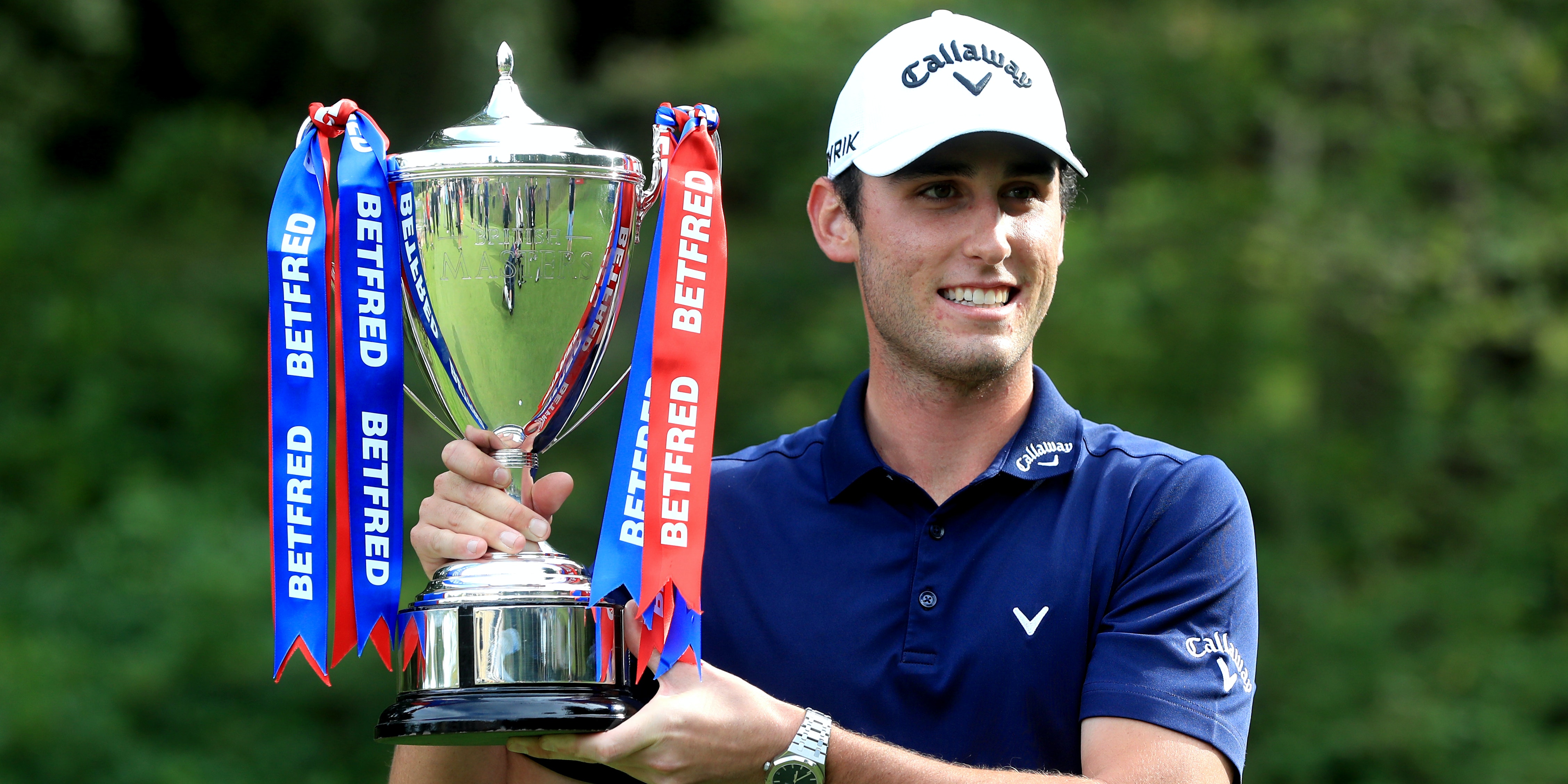 Renato Paratore missed out on a place in the history books but ensured his name will be etched on the British Masters trophy alongside the likes of Seve Ballesteros and Nick Faldo with an almost flawless victory at Close House.

The 23-year-old Italian had been aiming to become the first player to win a European Tour event without making a single bogey since Jesper Parnevik at the 1995 Scandinavian Masters.

And although his brilliant run of error-free golf finally came to an end on his 63rd hole of the week, a final round of 68 in testing conditions saw him finish 18 under par, three shots ahead of Danish teenager Rasmus Hojgaard.

In the European Tour’s full return to action after nearly five months of inactivity due to the coronavirus pandemic, Paratore’s fellow players formed a socially-distant guard of honour behind the 18th green and he was surprised with a FaceTime call with his mother Cristina.

“It was really amazing,” Paratore said. “I did not expect that from my friends on the Tour and it was a really good situation. I loved it and also to see my mum was a lovely surprise.”

Paratore, who won the Nordea Masters in 2017, added: “This one feels amazing. I am really really happy. I did not expect to come back and win so soon after lockdown but I have worked really hard the last year.

“I plan to play the next five events and I said to my team the goal was definitely to get one of the 10 places in the US Open that are available (from a mini order of merit).”

Paratore’s one-shot overnight lead was wiped out by playing partner Justin Harding’s birdie on the third, but the South African then completely mishit his tee shot on the next and came up 30 yards short of the green, from where he was unable to save par.

Paratore had three-putted the short third for par after a lucky bounce from thick rough saw his drive find the green, but he bounced back to hole from 20 feet on the fourth and extend his lead to two shots.

Harding, who finished 12th on his Masters debut at Augusta National last year, swiftly reduced the deficit with a birdie on the fifth, only to miss from two feet to match Paratore’s birdie on the par-five seventh.

Paratore’s first blemish came after missing the green on the difficult ninth, where tournament host Lee Westwood had earlier run up a quintuple-bogey eight, but he produced the perfect response to birdie the next to briefly move three shots clear.

Another bogey on the 11th gave the chasing pack hope, but they were unable to apply any significant pressure and Paratore made certain of victory with a birdie on the par-five 17th.

Harding finished alone in third after a closing 72, with the English trio of Andy Sullivan, Robert Rock and Dale Whitnell sharing fourth place on 13 under.