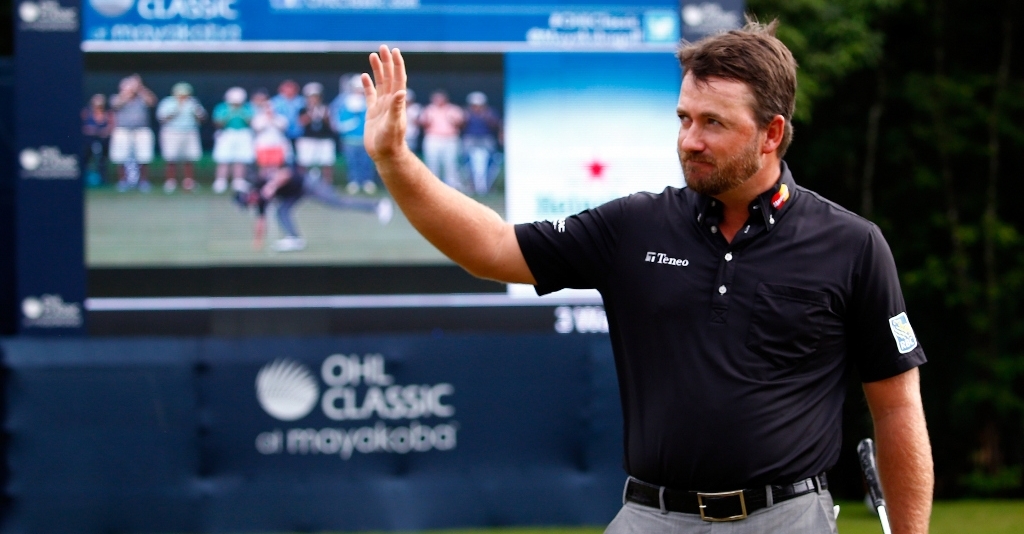 It has been a torrid year for Graeme McDowell, making his win on Sunday at the PGA Tour's OHL Classic all the more sweeter.

The Northern Irishman had been winless since the French Open in July last year and has missed the cut on seven occasions in 2015.

But at the Monday finish of the rain-affected tournament, McDowell edged Russell Knox and Jason Bohn with a birdie on the first hole of a three-way playoff, causing a massive sigh of relief.

"It gives me something to really grab on to," the 36-year-old told Sky Sports.

"When you go through a year like this, you think 'am I finished' or 'am I not good enough'. You ask yourself a lot of questions.

The clutch play of the tournament for McDowell was undoubtedly his five iron second on the 18th during the playoff.

He played first and took advantage of the soft green to leave the ball just two and a half feet away from the pin. His playing partners felt the pressure, as Bohn came 30 feet short and Knox put his second in the greenside rough on their way to making pars.

"I didn't see this hole as a driver, I haven't driven it well this week so I went three-wood and then hit as true a five-iron as I could have hit," added the 2010 US Open winner of the shot.

"I could tell from the audience it was a pretty good shot and thankfully it wasn't much longer than a two-and-a-half footer left to take care of it."