Reid hoping to finish on a high 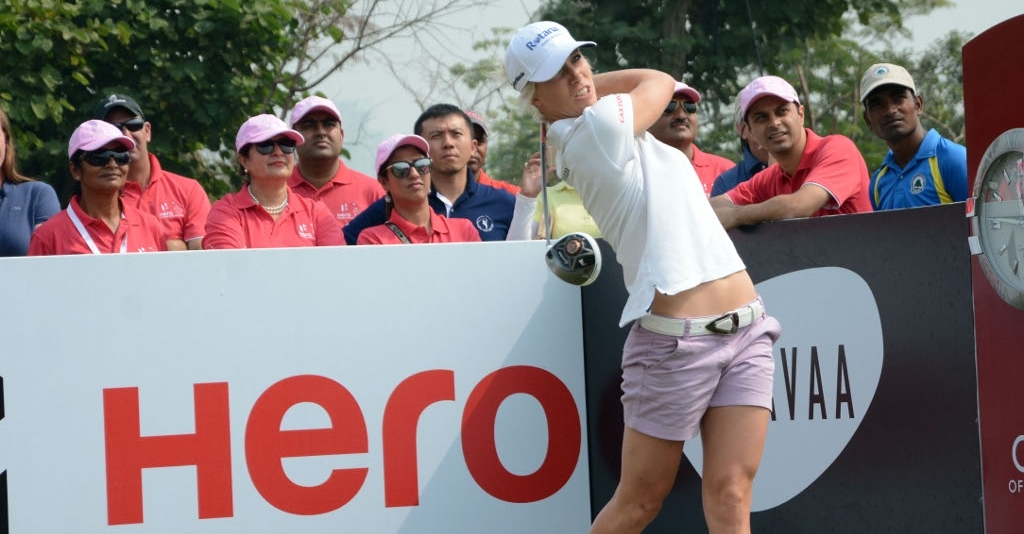 Melissa Reid is targeting another win at this week's Hero Women's Indian Open before the end of her sensational 2015 season.

Since she will not play in the Sanya Ladies Open, this week’s tournament at DLF Golf and Country Club represents her penultimate chance before the season-ending finale in Dubai.

Reid led from start to finish to collect her fifth Ladies European Tour title in the Turkish Airlines Ladies Open at Carya Golf Club in May and she has posted four additional top 10s this year.

Ranked fourth in Europe, she has a chance to overtake Shanshan Feng and win the Order of Merit after the Omega Dubai Ladies Masters, however it’s not her focus with two months to go.

“The Order of Merit isn’t massively high on my priority list because I felt like I’ve finished quite high on the OOM a few times before, but obviously it would be an added bonus to win at the end of the year. My main goal is to keep improving. I want to get in as many Majors as possible next year. I’m already in three and I just need to get into the other two,” said the Derbyshire 28-year-old, now in her eighth year on tour.

“It’s my first time to India, which I’m excited about. I would love to get another win before the end of the season. That’s my main goal and then I can have time off and enjoy the winter and Christmas and so forth. It’s a great field and I’m excited about playing in India for the first time.”