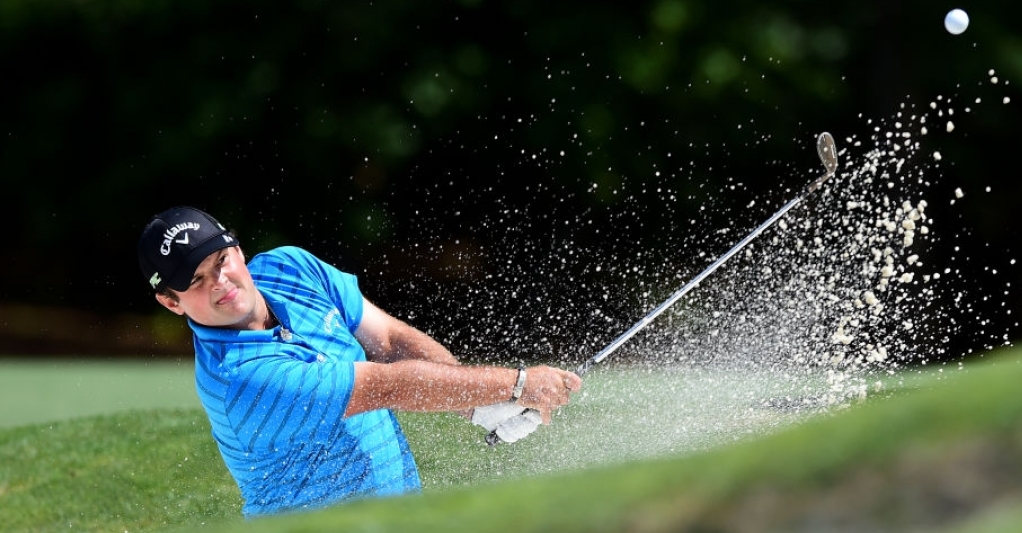 Patrick Reed birdied the final two holes on Saturday to record a 5-under par round of 67 and grab the third-round lead at the Wells Fargo Championship.

With one round to go at Eagle Point the tournament remains wide open, with 18 players – including world number one Dustin Johnson – within four shots of the lead.

Reed amassed six birdies in his round, the only blemish coming on the 14th hole.

At the 17th he hit a short iron to four feet for birdie, before reaching the green at the monstrous 580-yard 18th hole in two shots for another birdie after his eagle putt lipped out. The birdie took him one-shot ahead of Sweden’s Alex Noren.

The Swede missed a five-footer on the last hole that would have made him joint leader with Reed at 8-under 208.

Spain’s Jon Rahm is also on seven under par after shooting a 69.

Other names among the chasing pack include Phil Mickelson (69) and Johnson, who shot a 67 despite missing several makeable birdie chances.