Red-hot Rose has World No 1 ranking in his sights 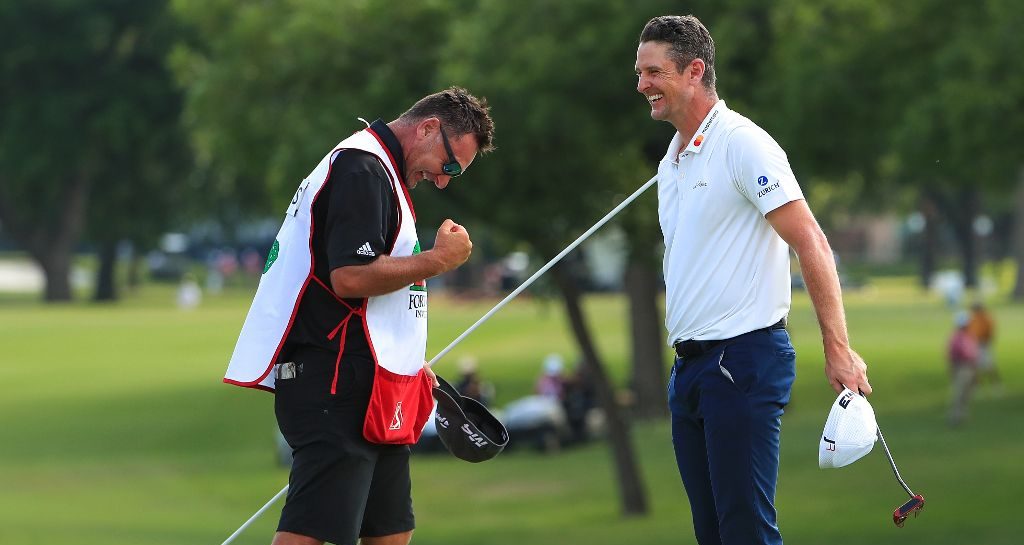 Having justified his decision to skip the BMW PGA Championship for the Fort Worth Invitational, Justin Rose now has the World No 1 ranking in his sights.

Rose’s three-shot victory at Colonial on Sunday took him to third in the rankings, equal to the highest he’s ever been, and another win at this week’s Memorial Tournament would see him rocket into top spot for the first time in his career.

Of course, he’ll be battling the likes of Jordan Spieth and Dustin Johnson for the honour, as all three of them are in with a shot of replacing Justin Thomas at the top.

Rose was proud of the way he kept on scoring throughout the week at Colonial. His winning total of 20 under par proved too much for anyone of his rivals to overcome – and it’s not like they didn’t try. Even a final-round 63 from Brooks Koepka wasn’t enough to change the outcome.

Asked afterwards how it ranked in his career as a ball-striking week, Rose said: “Probably at the top. In 2012-2013 I put together some pretty special ball striking. I think I led greens in regulation one of those years. But this is back to my best for sure from an iron play point of view.

“It was my long game that got me to the top of the leaderboard. The way I won was very fitting for a place that’s called Hogan’s Alley.

“I picked up the trophy and the first thing I saw was Ben Hogan’s name. It says a lot.

“For Brooks to shoot 63 and not win in the final pairing took some doing for me. I’m glad that my A game turned up when I needed it.”

Rose’s decision to skip Wentworth was a controversial one, and he admits he agonised over it.

“It was a difficult decision,” he said. “Each tour has their regulations, and the PGA Tour stipulates that every year you’ve got to add an event that you haven’t played in the past four. If I didn’t play this week, I probably wasn’t going to fulfil my obligation with that.

“Then on the European Tour they have a regulation that you have to play your home event. But I’m hosting the British Masters in October, which gave me that bit of wiggle room on Wentworth this year.

“With Wentworth changing dates next year to September that’s huge because I can come back and defend in Texas without any clash so it’s all turned out to be good timing.”