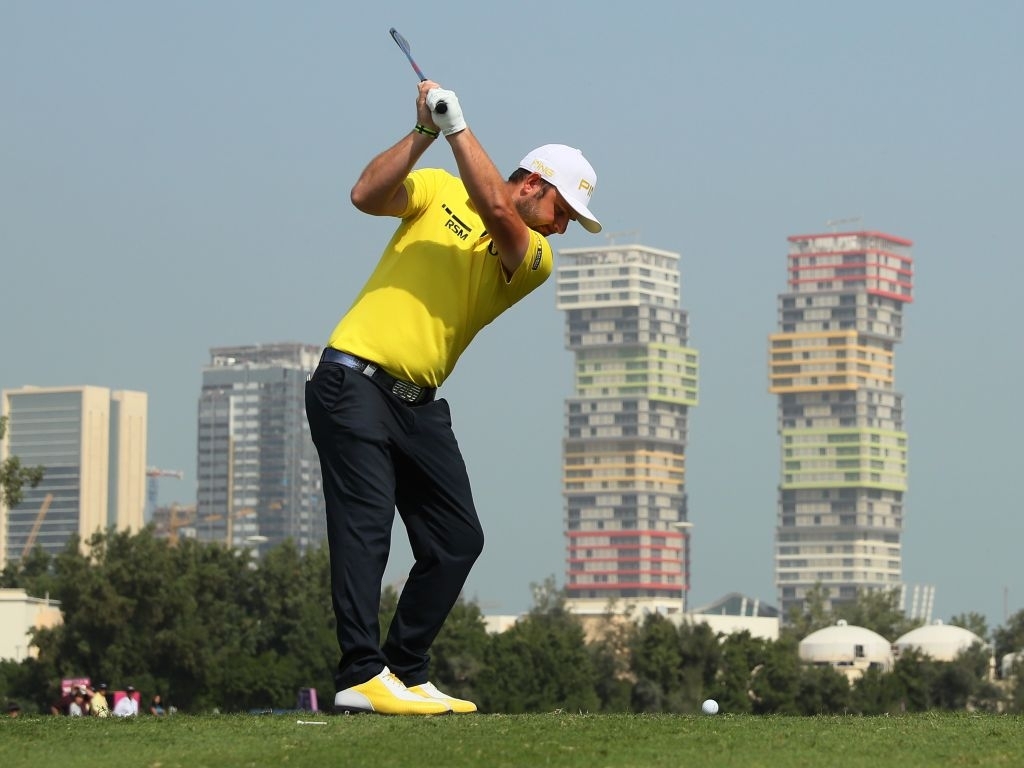 A astonishing nine players share the lead at the halfway stage of the Commercial Bank Qatar Masters, with the entire field separated by only six shots.

Overnight leader Bradley Dredge followed up his opening day 64 with a disappointing 72 and was joined at the top of the leaderboard by Andy Sullivan, Kiradech Aphibarnrat, Nacho Elvira, Jorge Campillo, Thomas Aiken, Jaco van Zyl, Wang Jeunghun and Mikko Korhonen.

The nine-way tie created a new record for the halfway lead on the European Tour, beating the previous mark of eight at the Scandinavian Masters back in 1997.

Englishman Sullivan was fairly happy with his efforts after carding a 68 which included four birdies in the final eight holes.

"It was a frustrating start to the day," Sullivan told Sky Sports. "I thought my first nine was the one you could really get going on and platform into the back nine, but it didn't really happen.

"I just did not convert the putts but my caddie told me just to be patient on this nine and finally the putts started to drop. All in all I'm reasonably happy, just feel going into the weekend need to improve on the par-five scoring."

Four-time major winner Ernie Els is just two shots off the lead after carding a second round of 70, but Graeme McDowell could only add a frustrating 75 to his opening 66 to finish one shot inside the cut on three under.

"It feels good," Els said. "I felt really comfortable out there tee to green. I felt the greens were a little slower today and I missed a lot of makeable birdie putts, especially on the back nine, but I'm not complaining. I'm playing nicely and looking forward to the weekend.

"I still love it. To be this far away from the family you've got to love it. I still love playing here and competing against these guys and I feel like I can do some good stuff this year if the body can stay healthy."