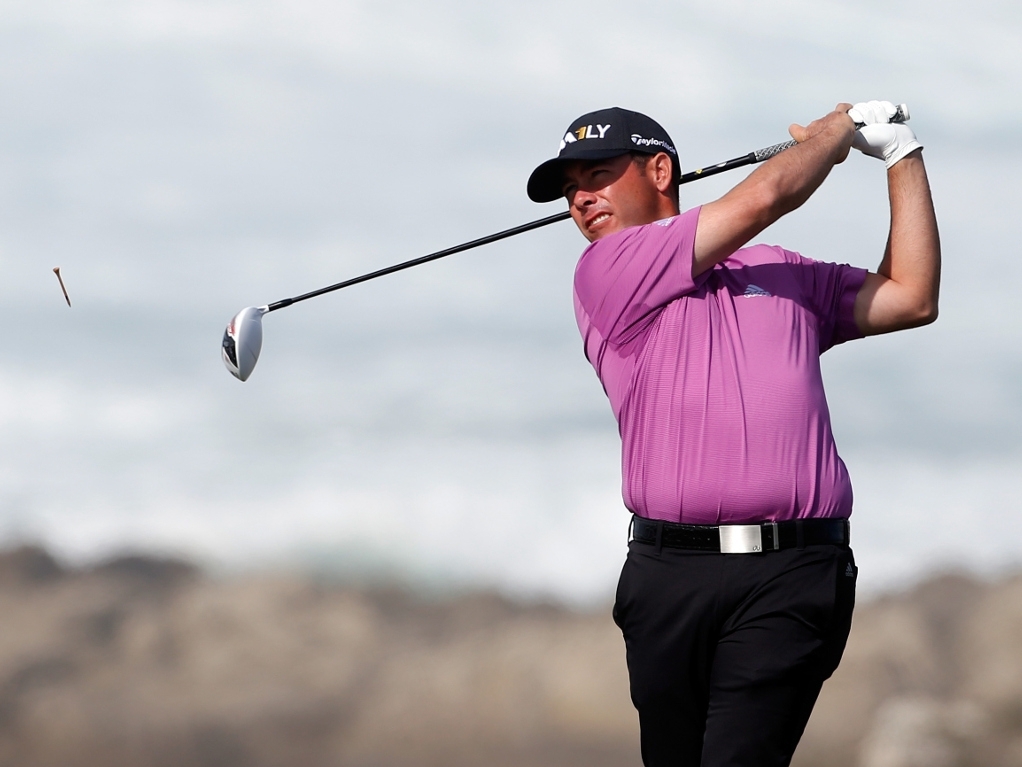 Chez Reavie carded an eight-under-par 63 to take a two-shot lead at the Pebble Beach Pro-Am on Thursday.

Freddie Jacobson, Cameron Smith and Bronson Burgoon are all two shots back in a tie for second, while Justin Rose fired a six-under-par 66 to join Dawie van der Walt, Roberto Castro, Ricky Barnes, Shane Bertsch, J.B. Holmes and Spencer Levin in a tie for fifth.

Meanwhile, world number one Jordan Spieth and world number three Jason Day are in a tie for 65th after hitting one-under-par 71s.

Coming off back-to-back missed cuts at the Farmers Insurance and last week's Phoenix Open, Reavie made the most of starting at the Monterey Peninsula Country Club, the easiest of the three courses being used for the event.

The 34-year-old, who had to earn his PGA Tour card back last year after missing almost all of the 2014 season due to left wrist surgery, got off to a slow start with two birdies and a bogey on the front nine. However, he found his feet after the turn with four consecutive birdies from the 10th to 13th before picking up a further stroke at the 15th. He then proceeded to make an eagle at the par-five 16th to move to eight-under.

Jacobson, who was playing at Pebble Beach, made seven birdies during his round of 65, a feat matched by Australia’s Cameron Smith at the Monterey Peninsula Country Club who fired a 64.

Burgoon produced five birdies during his round at the Monterey Peninsula Country Club, before catapulting himself into a tie for second with an eagle at the par-five 16th.

Rose, who is playing at the event for the first time, had a debut to remember on the Spyglass Hill Golf Course as he recorded seven birdies and a bogey during his round of 66. The Englishman produced a putt for the highlight reel on his final hole, where he converted an incredible 50-foot effort for birdie that put him into a tie for fifth.

Spieth, the reigning Masters and U.S. Open champion, struggled on his return to the PGA circuit after playing in Abu Dhabi and Singapore as he endured a turbulent round at Spyglass Hill, during which he made four birdies and three bogeys.

Day, also playing at Spyglass Hill, mirrored the performance of the Texan as he struggled to get going on Thursday.