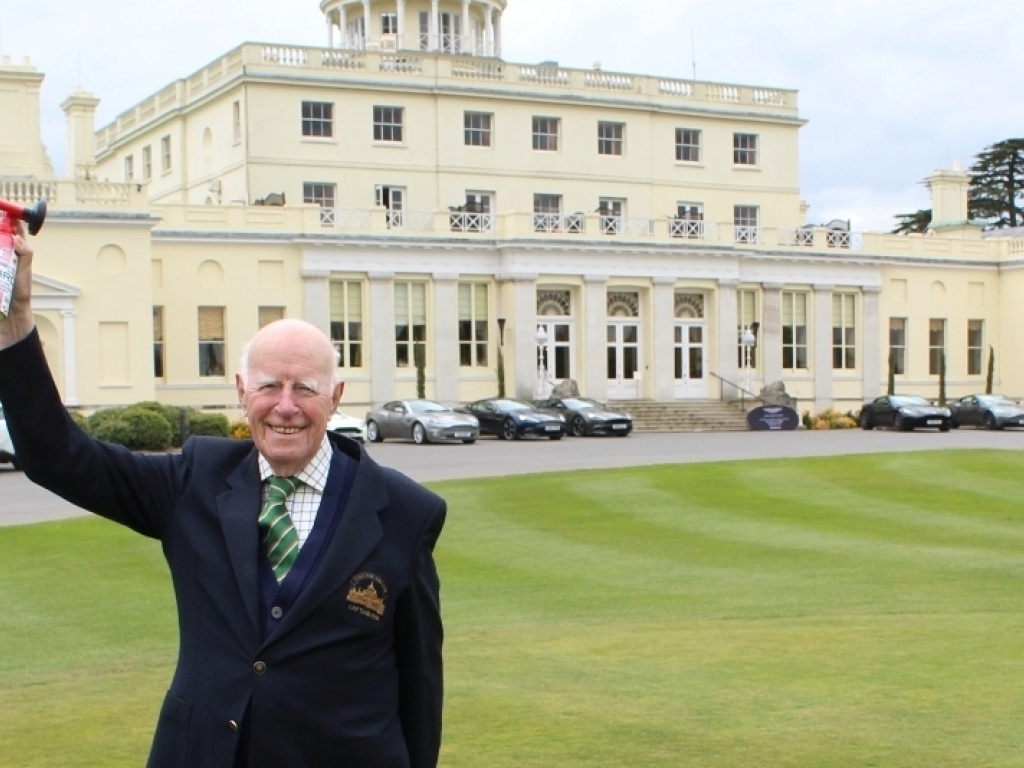 Members and visitors have given the ‘thumbs up’ to the recently re-opened golf course at Stoke Park Country Club, Spa & Hotel.

The second loop of nine holes – the Alison course – had been shut throughout the winter while remedial work took place as part of a three-year renovation project for the 27-hole venue and the new-look nine was hailed as “brilliant”, “impressive”, and “challenging”.

Refurbishment of the Alison – laid out by legendary course designer Harry Colt in 1908 – included improving the definition of the bunkering, which had, understandably, deteriorated in the intervening years, the addition of new tees and an extensive reworking of the water features on holes 12 and 17, plus some cosmetic tweaks to the water hazard on 16.

And when it was reopened to members and visitors at the end of April – members had their own launch event while visitors could try it during an open day at the venue – the overwhelming majority declared the new-look nine a success both in terms of playability and aesthetics.

Member Boyd Smith said: “I think the positioning of the bunkers is a lot better that what they were in previous years. And bringing the water round to the left-hand side on 17 is very similar to the par-three seventh now; the green’s smaller so it’s a bit more of a target area rather than a run-off.

“It’s a hell of a lot more of a challenge and the bunkers frame it more now. It was a little bit bland before, but now you know what hole you’re on rather than it all blending into one. I’m a happy man … because I’m a member!”

His sentiments were echoed by the ladies’ captain, Christine Connelly, who added: “It starts off nicely and the 11th looks really impressive. I’ve noticed quite a bit of difference on the two par-threes (11 and 15) – they’re really pretty in the way they’ve been done. One of the nice things about the 15th is we can see the green, whereas before, we couldn’t, so you can now see your ball hit the green and see where you end up. So, on the day we get a hole-in-one we’ll see it!

“Some of the positioning of the bunkers, for example on 14 and 16, is to protect your ball – from rolling into the water on 16 and, on 14, to stop you overshooting the green. I think the whole course is quite pretty and it will be especially nice when all the plants bloom.”

Meanwhile, Norman Chalmers, at 83 the club’s oldest surviving former captain and who officially started the members’ event, added: “The new layout is very good indeed, brilliant. For us it’s a grand course. The shaping of the bunkers is very good. I walk up here a lot so I’ve seen them build it and I’m very impressed. I rate it very highly.”

The positive reaction of those given early access to the course came as no surprise to director of golf Stuart Collier, who said: “The contractor, John Greasley Limited, has done a really good job in circumstances that weren’t always easy. And one only has to glimpse the new bunkers when driving up to the clubhouse to see the immediate impact it makes on the vista.

“Following on from the 2015/16 winter renovation of the Colt course (holes one to nine), we believe this raises the quality level of the course to, arguably, the best it’s been since the very early days, 100-odd years ago.”

The renovation of the 27-hole resort is halfway through a three-year plan, made possible by a substantial seven-figure investment, with each nine-hole course being worked on in consecutive winters to ensure 18 holes are always open. The third nine, the Lane Jackson course, will be completed during the winter of 2017/18.

The launch event was followed, in the evening, by dinner and speeches from Collier, estate manager Alex Millar, and head of instruction Chris Murtagh, to keep members informed of further planned changes and new events.

Set within 300 acres of beautiful private parkland estate in Stoke Poges, Bucks, Stoke Park is only 35 minutes from London and seven miles from Heathrow Airport. Laid out across 300 acres of mid-19th century, Lancelot ‘Capability’ Brown-landscaped parkland, the 27-hole golf course was designed by Colt in 1908.

It is one of just two five-AA Red Star golf clubs in England and the historic land on which it stands is recorded in the Domesday Book of 1086. The celebrated course played host to the PGA Matchplay in 1910 and, even more famously, the golf match between Sean Connery’s James Bond and Auric Goldfinger, in the 1964 film, Goldfinger.

The striking clubhouse – recognised as the fifth most iconic in the world, by Golf.com, the online presence of leading US publication Golf Magazine – dates from the late 18th century and has featured in many other films including Layer Cake, Bridget Jones’s Diary, and Wimbledon. Stoke Park also has a thriving golf club with around 800 active members.