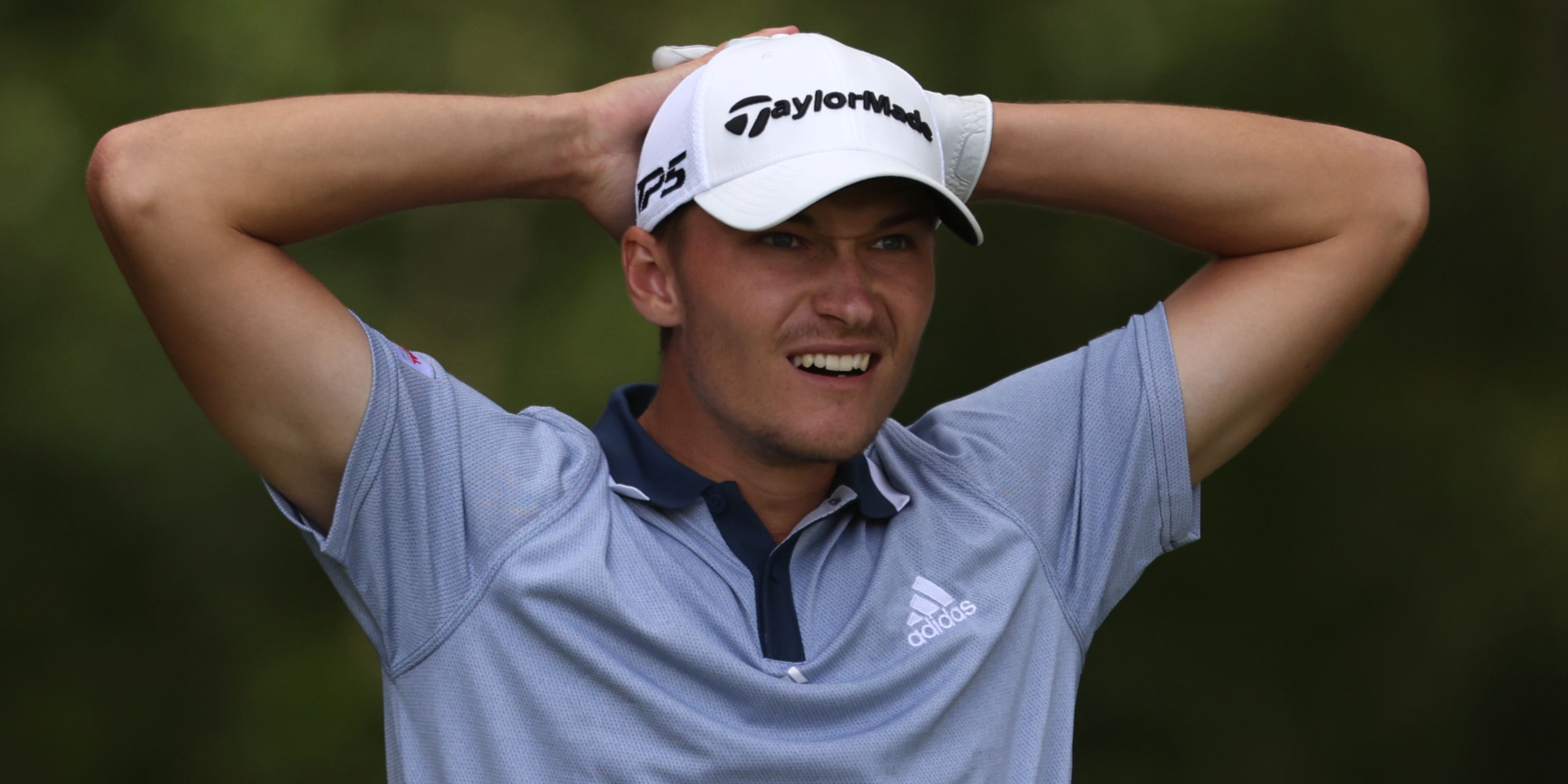 Austria’s Bernd Wiesberger saw a ninth European Tour title and potentially a Ryder Cup debut slip through his fingers after a dramatic finish to the Omega European Masters.

Wiesberger held a one-shot lead with one hole to play at Crans-sur-Sierre, only to run up a double-bogey six and finish a shot behind Denmark’s Rasmus Hojgaard, who had set the clubhouse target after a flawless 63.

A second victory of the season would have taken Wiesberger into the automatic qualifying places for Europe’s Ryder Cup team, with just two events remaining before Padraig Harrington’s team is finalised.

The 35-year-old began the day three shots off the lead and was still two behind Ross McGowan with seven holes to play, but birdied the 12th and eagled the 14th to open up a two-shot lead.

A bogey on the 15th was swiftly followed by a birdie on the next to restore Wiesberger’s two-shot lead, before Hojgaard birdied the 18th to complete his last six holes in five under and pile on the pressure.

The pressure proved too much for Wiesberger to handle, a pushed tee shot into a fairway bunker on the last followed by a mishit approach into the pond surrounding the green.

Following a penalty drop Wiesberger hit a poor pitch on to the green and was unable to hole from 35 feet for a bogey to force a play-off.

“At the moment it’s a bit surreal,” Hojgaard, who carded an eagle and five birdies on his way to a third European Tour win, told Sky Sports. “I didn’t expect to be in this position but it’s amazing.

“I knew I had to make a birdie (on the 18th) to have a chance to maybe get in the play-off. We were just trying to set up a chance and then had a bit of a strange ending. It’s crazy.

“That was by far the most nervous I had been the whole day but it’s so nice to have the crowds back to cheer you on. That was a great moment.

“I think there’ll be a little celebration tonight, maybe the next few days.”

Former Open champion Henrik Stenson boosted his case for a Ryder Cup wild card by following up his share of fourth place in last week’s Czech Masters with third place in Crans following a closing 63.

“I played with Padraig last week and at least managed to show that we’re keen, we’re eager and we’re trying hard and played some pretty good golf when I was out with him,” said Stenson.

“Two strong rounds this week, although I still feel like I want to have a bit more security in my long game. That’s really the area that I’m focusing on.

“We’ll take the positives once again and move on to Italy and hopefully we can keep on getting better.”

McGowan enjoyed a two-shot lead when he carded four birdies in a front nine of 31, but he bogeyed the 11th, 16th and 17th to finish tied fourth alongside compatriot Matthew Jordan and American Sean Crocker.