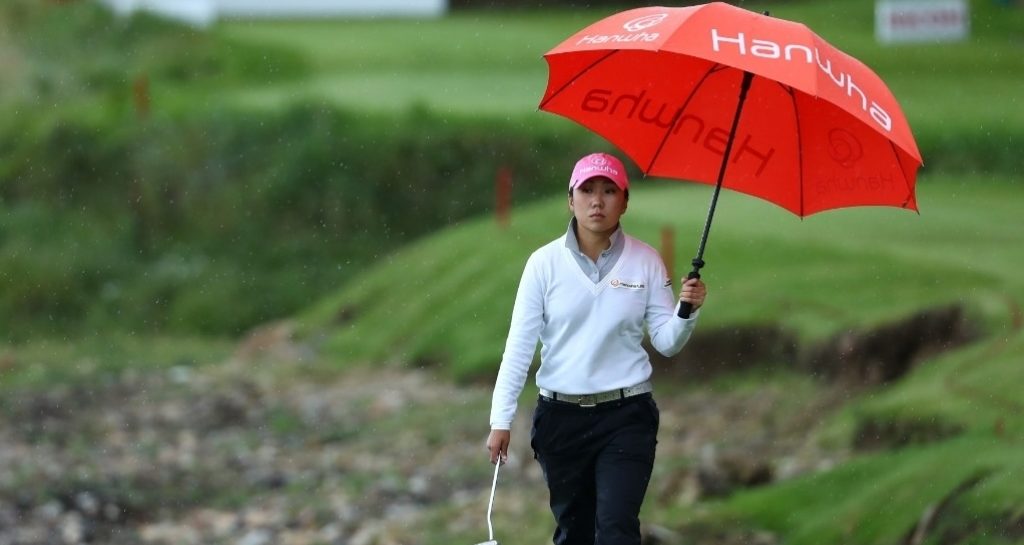 South Korea's In-Kyung Kim left her rivals trailing in her wake on the third day of the Women's British Open at Kingsbarns.

The 29-year-old opened up a whopping six-shot lead over the rest of the field heading into Sunday's final round after continuing her rampant run of scoring with a six-under-par 66.

Kim picked up six birdies in a flawless round to take her total to 17 under par. Over the last three days, she's made 17 birdies and an eagle while dropping just two shots – a new 54-hole scoring record for the Women's Open.

Her excellent form this week is no real surprise, considering that Kim already has two LPGA Tour victories to her name this season, the most recent coming at the Marathon Classic just two weeks ago.

As long as she doesn't seriously come unstuck on Saturday, Kim should soon be able to call herself a major champion.

.@SWEET_IKKIM carded a 6-under 66 during Round 3 @RICOHWomensBrit to take a 6-shot lead into the final round.

Former World No 1 Inbee Park made one of the day's biggest moves courtesy of a seven-under-par 64 to find herself in a tie for fourth on 10 under with Ally McDonald.

Park will need some more heroics come Sunday if she's to unsettle the frontrunner.

“I’m very happy with the round today after barely making the cut yesterday. It was perfect conditions this morning for scoring. Not much wind. It was pretty warm and the greens were quicker than the last two days,” said Park, a former Open champion at Turnberry.

“It was actually better to have the faster greens because the greens were really slow the last couple days and I really struggled with the putter. I putted great and hit the ball great. That’s something I have been really struggling for the last month or so, but yesterday and today were great ball-striking days.”

A superb 65 from Stacy Lewis also lifted the American up the leaderboard and into sole sixth place on six under.