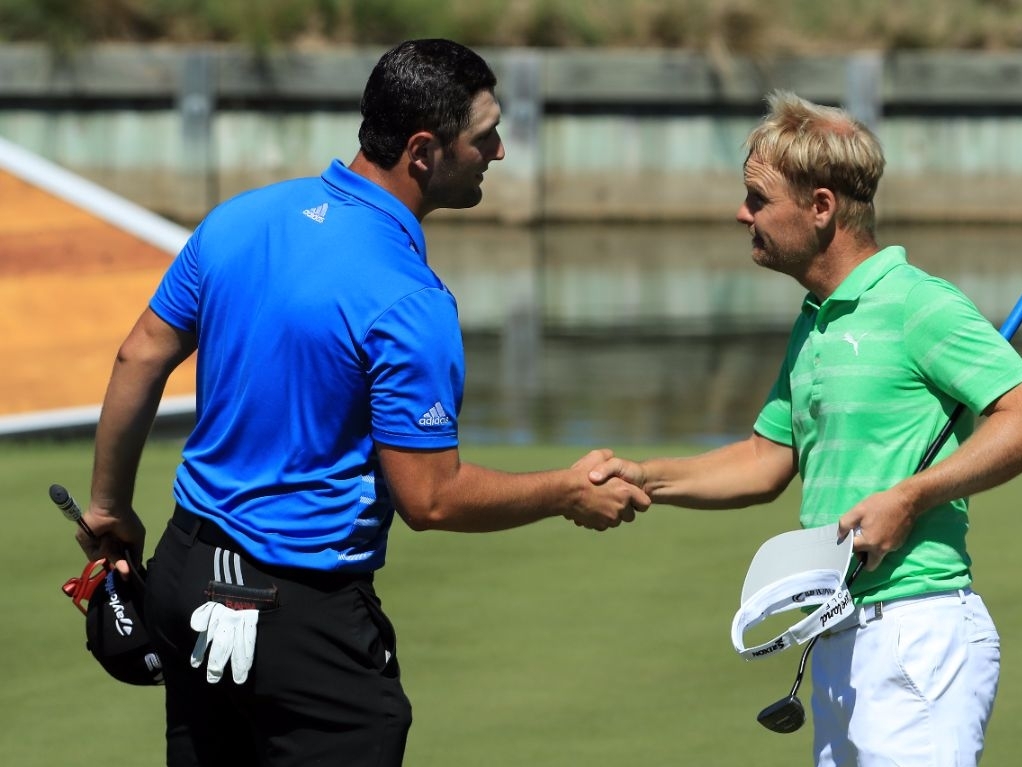 Blossoming youngster Jon Rahm caused a shock at the WGC-Dell Match Play after reaching the semi-finals with victory over Soren Kjeldsen.

Rahm ended 2016 ranked 137th in the world, but after winning January’s Farmers Insurance Open, he earned more headlines at the Match Play in Texas.

The 22-year-old beat Kjeldsen 7&5 to secure a semi-final encounter against Bill Haas.

“I missed one single shot, the second shot on nine. I missed it right of the green,” said Rahm.

“Every other single shot was pretty much exactly the way I saw it.

“So to play golf like that and make a couple putts it was just a perfect round.”

“From my standpoint I had opportunities to match him on a number of holes and didn’t do it,” said Mickelson.

World number one Johnson blew a three hole lead against Sweden’s Alex Noren, but then came back to win on 13 and 15 to secure a 3&2 victory.

In the other quarter-final, Tanihara beat England’s Ross Fisher 4&2.