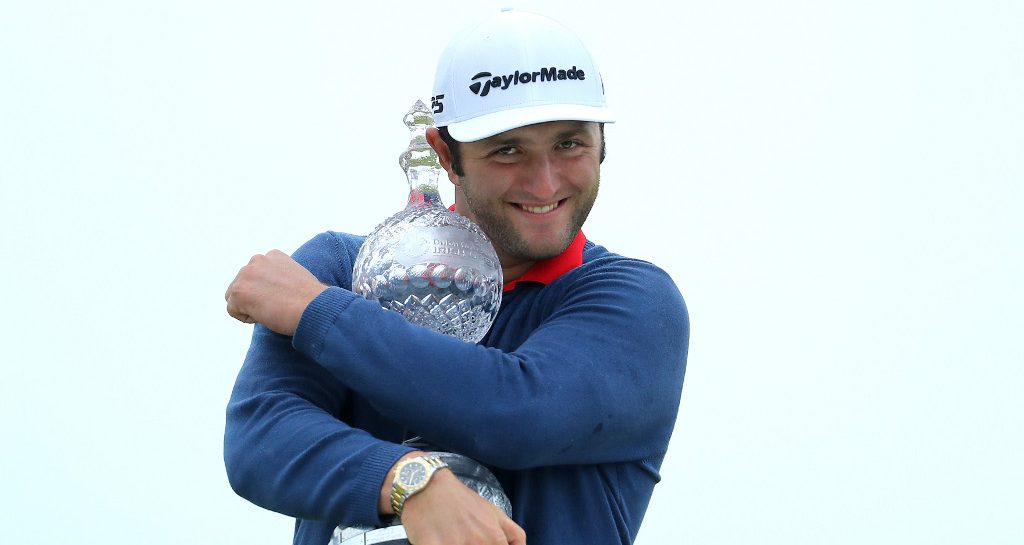 Jon Rahm will look to continue his mercurial rise to the top of the golfing world when he defends his Irish Open title at Ballyliffin Golf Club in early July.

The 23-year-old Spaniard will bid to become the first man since Colin Montgomerie in 1997 to win back-to-back Irish Opens following his triumph at Port Stewart last year.

Rahm has never been in a position to defend a title on the European Tour, as last year’s win in Ireland was his first.

The Irish Open marks another step in Rahm’s development as a world-class golfer, and he can’t wait.

“Not only was it my first European Tour victory, it was a Rolex Series event and I am a Rolex ambassador so it meant a lot in many ways.

“But it was also the first time I was leading or tied for the lead going into the final round and to perform the way I did was amazing, making a great par save on two and then holing out on four, on top of the display of golf I had after that.

“It’s really easy to get comfortable and hold on to the score but I just kept making birdies and hitting good shots and I experienced a part of myself which I didn’t know I had, so it was a lot of fun.”