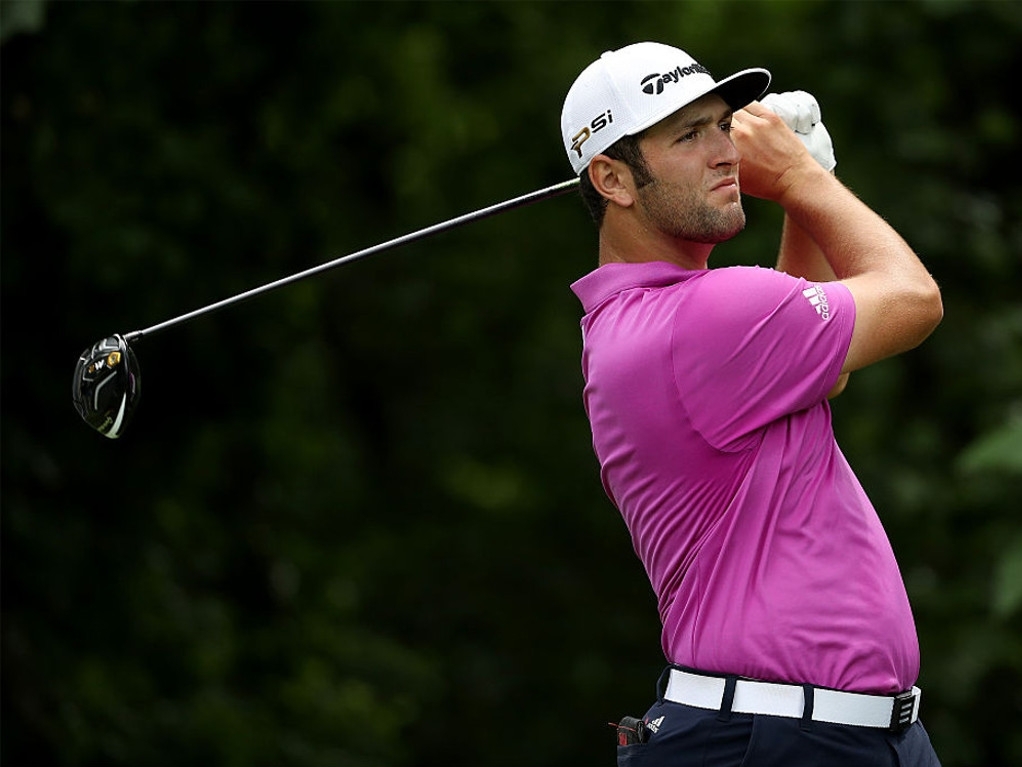 Just a week after finishing as the low amateur at the US Open, Jon Rahm fired a seven-birdie 64 to lead after the first round of the Quicken Loans National.

Rahm, 21, leads by one shot from Venezuela’s Jhonattan Vegas at six under, with a group of eight players including Ernie Els one shot further back.

The two-time winner of the Ben Hogan award for the top college player, said he was enjoying it.

“I would say about five months ago my expectations were really high, but coming into this moment, I worked with my mental coach. We basically just narrow it down to enjoying it and learning as much as I could, and I've been thinking like that for the last month and trying not to have high expectations,” said Rahm.

“I kind of blacked out a little bit. I don't remember a single swing I made all day or a putting stroke or anything. So I kind of got in this motion of just walking, talking with people,” he added.

“It was obviously a good day. I was really comfortable off the tee with the driver, hitting it good, hitting it straight so that allowed me to be a little more aggressive.”

Overnight rain softened up the Blue Course at Congressional making scoring easier for those out on the course early.

Many of those at the top of the leaderboard played in the morning.

Vegas said that the rain had definitely helped.