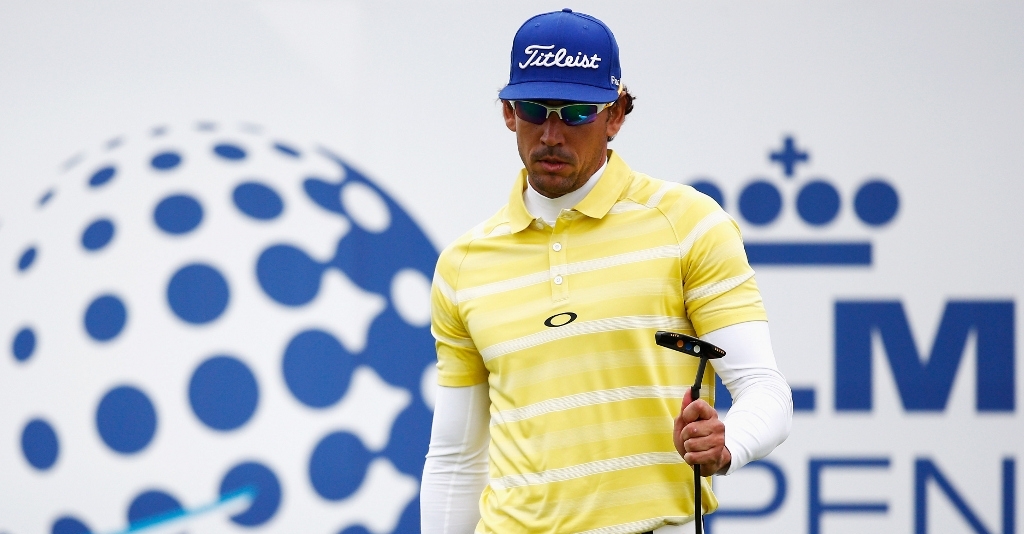 Lee Slattery and Rafa Cabrera-Bello are the new leaders at the KLM Open in the Netherlands.

The Englishman and the Spaniard both carded seven-under-par 63s in Saturday's third round at Kennemer Golf Club in Zandvoort to move into a share of the lead on 16 under par.

Cabrera-Bello made all of his gains in a highly eventful front nine. He birdied the first and second, bogeyed the third, and then added three more birdies in a row from the fourth before chipping in from 50 yards for an eagle at the seventh.

He made his first par of the day on the eighth before adding another birdie at the ninth.

Surprisingly, he then parred his remaining nine holes to sign for a 63.

Slattery's round was less dramatic, featuring three birdies before the turn, and two more birdies and an eagle after, with his only blemish of the day coming at the 10th.

The two leaders lie one shot clear of Paul Lawrie, who also rose up the leaderboard thanks to a 63.

The Scot was happy to bounce back after a disappointing 71 on day two.

"I played nicely today," he told the European Tour. "I hit the ball well. I really struggled yesterday and hit an awful lot of poor shots off the tee and just didn’t give myself many chances to get going. Today was a totally different story – I hit a lot of good shots.

"I took great confidence from the fact that I hit it so poorly and only shot one over. When you drive it like that and only hit three fairways, but you’ve not given it away, you have to get a boost from it.

"So I came out this morning knowing that if I could play that badly and nearly shoot level par, if I got it anywhere near the golf course I could make some birdies, and that’s exactly what happened.

"The scoring is extremely good considering how the course is off the tee. It’s quite narrow in places, but if you get it on the fairway, the greens are good and you’re going to hole some putts.

"It’s a really cool course. I’ve always liked it and liked links golf. You have to chip shots in and there’s a little bit more skill involved hitting it high and low. When we get a chance to play it, normally I do quite well.

"Tomorrow it’s up to me and the boys chasing the leaders to get off to a good start, nice and steady, make a couple of early birdies and try to chase them down."

Belgium's Thomas Pieters follows on 14 under, having rose 15 places thanks to a sterling 62.

Mikko Ilonen also shot a 62, lifting him into a tie for fifth alongside Morten Orum Madsen (66) and Wade Ormsby (68).

Overnight leader Soren Kjeldsen fell off the pace after a one-over-par 71, and now finds himself five shots back.

Ormsby and Magnus Carlsson both carded aces on the day, taking the European Tour season total to 41 – a new record.