R&A: ‘No plans’ for Open to head to Donald Trump-owned Turnberry in near future 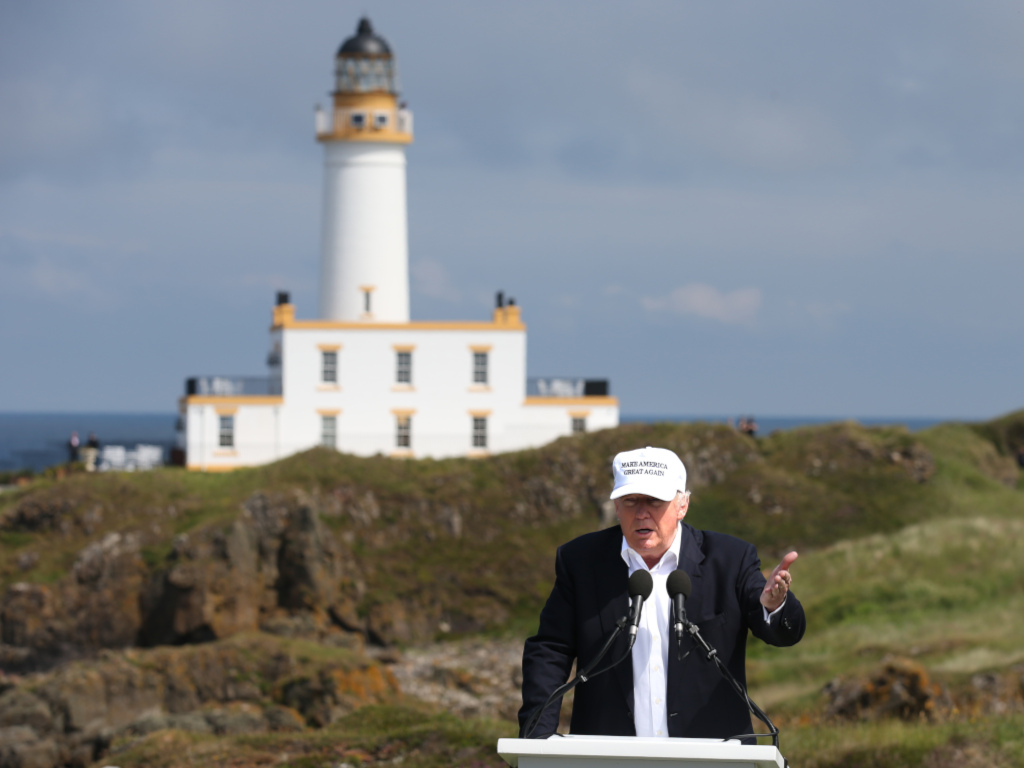 Turnberry will not stage the Open until the R&A is “convinced that the focus will be on the championship” and not the course’s owner.

The Ayrshire venue has not been selected to stage the Open Championship since it was purchased by Donald Trump in 2014, with host venues already chosen up to 2024.

On Sunday, Trump National in Bedminster was stripped of next year’s US PGA Championship after organisers said using the course owned by US President Trump would be “detrimental” to their brand.

The PGA of America voted to move one of golf’s four major championships away from the course in New Jersey less then a week after supporters of the President staged a riot at the US Capitol.

Turnberry last held the Open in 2009, when Stewart Cink defeated Tom Watson in a play-off.

R&A chief executive Martin Slumbers said in a statement: “We had no plans to stage any of our championships at Turnberry and will not do so in the foreseeable future.

“We will not return until we are convinced that the focus will be on the championship, the players and the course itself and we do not believe that is achievable in the current circumstances.”

That could be interpreted as allowing enough time to pass for Trump’s name to become less toxic, or that the ownership of Turnberry will need to change hands before the Open can return.

Jim Richerson, the PGA of America president, did not explicitly reference recent events in Washington DC in a statement announcing the move late on Sunday evening.

He said: “It has become clear that conducting the PGA Championship at Trump Bedminster would be detrimental to the PGA of America brand, it would put at risk the PGA’s ability to deliver our many programmes and sustain the longevity of our mission.

“Our board has thus made the decision to exercise our right to terminate the contract to hold the 2022 PGA Championship at Trump Bedminster.”

In response to the announcement, the Trump Organisation said in a statement: “We have had a beautiful partnership with the PGA of America and are incredibly disappointed with their decision.

“This is a breach of a binding contract and they have no right to terminate the agreement.

“As an organisation we have invested many, many millions of dollars in the 2022 PGA Championship at Trump National Golf Club, Bedminster.”

It is the second time in six years the PGA has moved an event away from a course owned by Trump.

The 2015 Grand Slam of Golf was due to be held at the Trump National in Los Angeles but was cancelled after Mr Trump, then a candidate, made controversial remarks about Mexican immigrants.

Speaking in February 2017, Slumbers said Turnberry remained on the Open rota and that the R&A was committed to “staying out of politics”.

“I think it’s very important that we’re clear about what our business is, which is making sure that the Open Championship is one of the world’s greatest sporting events, and staying out of politics,” Slumbers said.

“We are clearly now in uncharted territory. Sitting presidents have attended US Opens. We have not had a sitting President of the United States at an Open Championship.

“We’re all learning as we go through this. But I think it’s important for us that we understand where the game is and make sure we keep to that without ignoring all the other factors that go around it.”

Slumbers said he believed President Trump had been “good for golf” in terms of the renovation of a number of his courses and that he would accept an invite to play golf with him, as the likes of Tiger Woods and Rory McIlroy have done.

In February last year, Slumbers said infrastructure was “one of the key issues we need to solve at Turnberry”, adding: “I am sure it will stage an Open there in the not-too-distant future.”