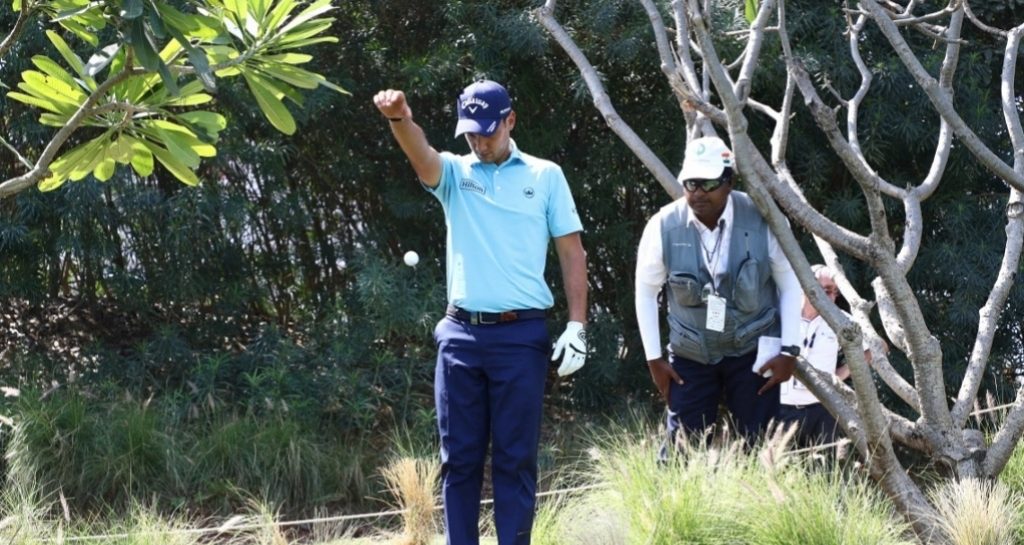 The R&A and the USGA have confirmed that several new regulations will be incorporated into the new Rules of Golf coming into effect on January 1, 2019.

The new regulations include changes to rules governing ball drops, and new measures to help speed up the pace of play.

Confirmation of the changes follows extensive research involving feedback from professionals and amateurs.

Players at all levels will now be required to drop the ball from knee height, whether they are taking a penalty or free drop.

There are also changes to the drop zone, with players now being permitted to use any club in their bag apart from the putter, to avoid belly putters coming into play.

If golfers lose their ball, they will be allowed to drop the ball in the vicinity of where the ball ended up under a two-shot penalty, rather than having to make their way back to the sight of their original shot. 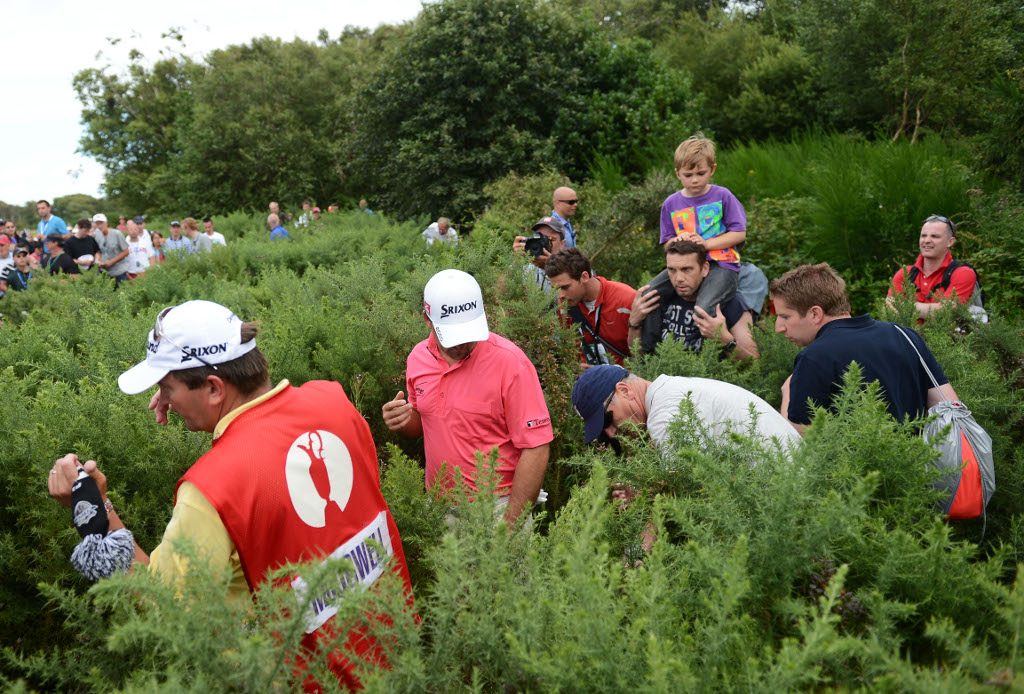 David Rickman, the executive director of governance at The R&A, said: "We are pleased to be introducing the new Rules of Golf after a collaborative and wide-ranging review process which has embraced the views of golfers, rules experts and administrators worldwide.

"We believe that the new Rules are more in tune with what golfers would like and are easier to understand and apply for everyone who enjoys playing this great game."

USGA senior director of Rules & amateur status, Thomas Pagel, added: "We're thankful for the golfers, administrators and everyone in the game who took the time to provide us with great insight and thoughtful feedback. We couldn't be more excited to introduce the new Rules ahead of their education and implementation."

The four changes to the original proposals announced in 2017 are:

Dropping procedure: When taking relief (from an abnormal course condition or penalty area, for example), golfers will now drop from knee height. This will ensure consistency and simplicity in the dropping process while also preserving the randomness of the drop. (Key change: the proposed Rules released in 2017 suggested dropping from any height).

Measuring in taking relief: The golfer's relief area will be measured by using the longest club in his/her bag (other than a putter) to measure one club-length or two club-lengths, depending on the situation, providing a consistent process for golfers to establish his/her relief area. (Key change: the proposed Rules released in 2017 suggested a 20-inch or 80-inch standard measurement).

Removing the penalty for a double hit: The penalty stroke for accidentally striking the ball more than once in the course of a stroke has been removed. Golfers will simply count the one stroke they made to strike the ball. (Key change: the proposed Rules released in 2017 included the existing one-stroke penalty).

Balls Lost or Out of Bounds: Alternative to Stroke and Distance: A new Local Rule will now be available in January 2019, permitting committees to allow golfers the option to drop the ball in the vicinity of where the ball is lost or out of bounds (including the nearest fairway area), under a two-stroke penalty. It addresses concerns raised at the club level about the negative impact on pace of play when a player is required to go back under stroke and distance. The Local Rule is not intended for higher levels of play, such as professional or elite level competitions (Key change: this is a new addition to support pace of play). 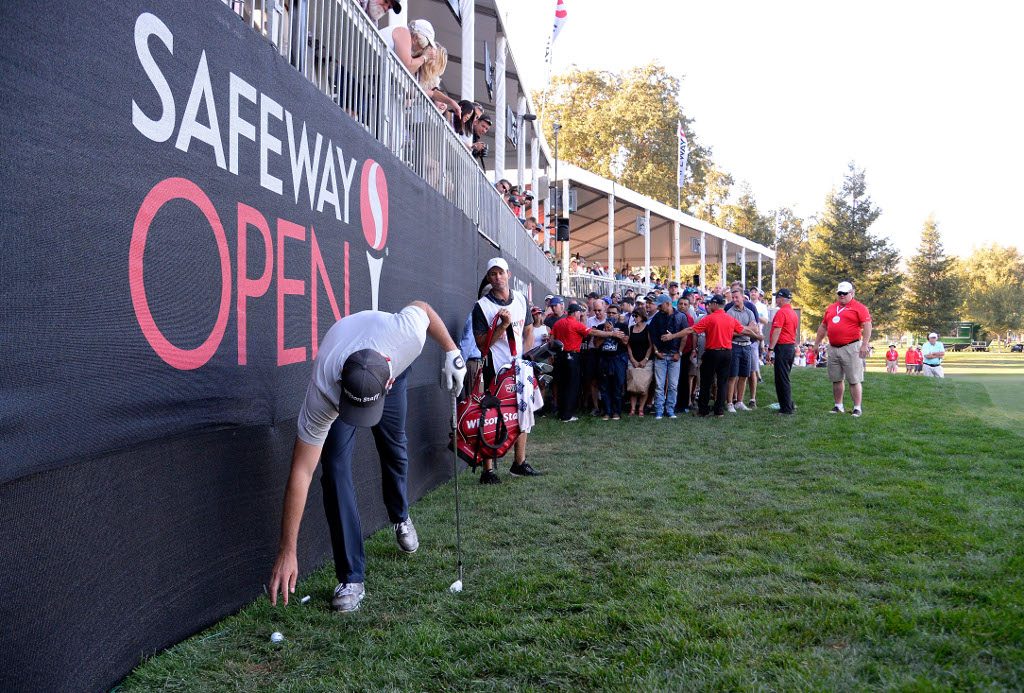 Other significant proposals that have been incorporated into the modernised Rules include:

Elimination or reduction of "ball moved" penalties: There will be no penalty for accidentally moving a ball on the putting green or in searching for a ball; and a player is not responsible for causing a ball to move unless it is "virtually certain" that he or she did so.

Relaxed rules for "penalty areas" (currently called "water hazards"): Red and yellow-marked penalty areas may cover areas of desert, jungle, lava rock, etc., in addition to areas of water; expanded use of red penalty areas where lateral relief is allowed; and there will be no penalty for moving loose impediments or touching the ground or water in a penalty area.

Relaxed bunker rules: There will be no penalty for moving loose impediments in a bunker or for generally touching the sand with a hand or club. A limited set of restrictions (such as not grounding the club right next to the ball) is kept to preserve the challenge of playing from the sand; however, an extra relief option is added for an unplayable ball in a bunker, allowing the ball to be played from outside the bunker with a two-stroke penalty. Relying on player integrity: A player's "reasonable judgement" when estimating or measuring a spot, point, line, area or distance will be upheld, even if video evidence later shows it to be wrong; and elimination of announcement procedures when lifting a ball to identify it or to see if it is damaged.

Pace-of-play support: Reduced time for searching for a lost ball (from five minutes to three); affirmative encouragement of "ready golf" in stroke play; recommending that players take no more than 40 seconds to play a stroke and other changes intended to help with pace of play.