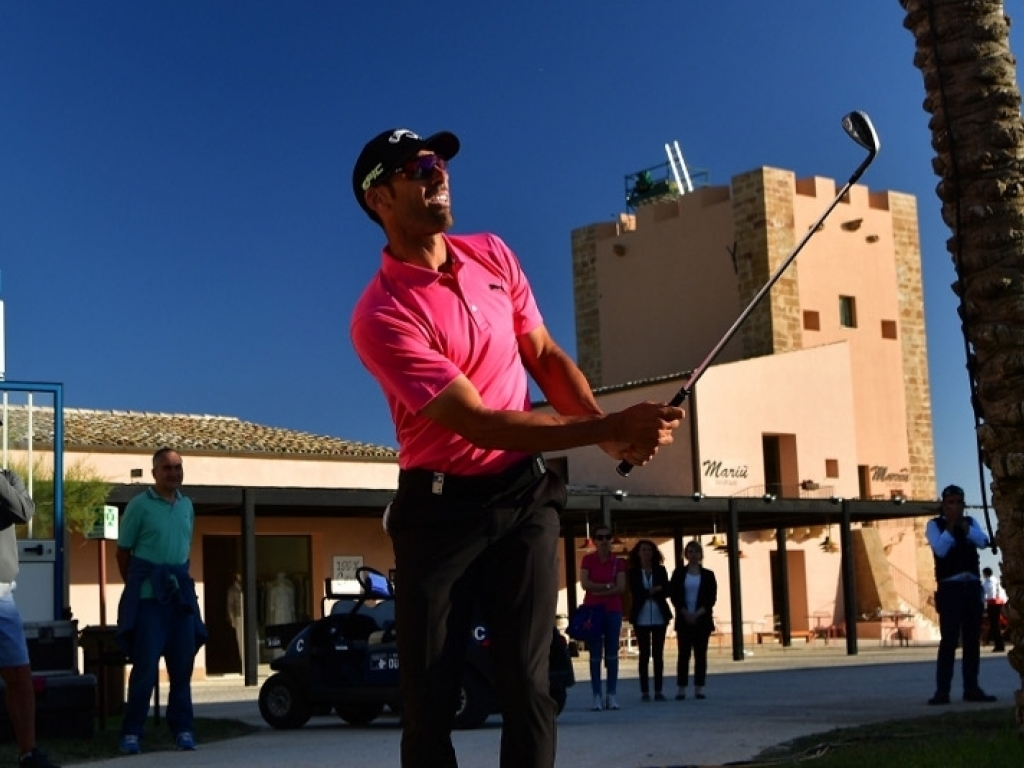 Alvaro Quiros is on the verge of regaining his European Tour card after taking a five-shot lead at The Rocco Forte Open.

The Spaniard was once ranked as high as 21st in the world, but made a series of unsuccessful swing changes that saw him plummet outside the top 700 and lose his European Tour playing privileges.

All that would change if he were to win at Verdura this week, and he’s given himself an excellent chance of doing just that.

Quiros followed up rounds of 63 and 64 with a one-under-par 70 in Saturday’s third round but it was still enough to see him open up a five-shot lead at the top of the leaderboard, with high winds making scoring much more difficult.

Just seven players able to break par as the course bared its teeth.

Quiros lies on 16 under par, with South African Zander Lombard his closest challenger on 11 under after a 72.

Local favourite Renato Paratore and Spain’s Pep Angles following a shot further back on ten under.

“Today was the worst golfing day for me,” said Quiros. “From the tee I was more irregular than normal but I played with the same intentions, trying to fight until the final hole and I’ve been putting well too.

“Today it was really difficult to putt, the wind was blowing crazy strong and on the greens the perception was always changing with the intensity of this wind. I’m happy with where I am right now.

“Golf is a very difficult game, you never know what’s around the corner. I’ve been very lucky this week. If I’m not mistaken, I haven’t had a single unplayable ball and that’s a very lucky thing in these windy conditions. If my game stays more or less where it is and I keep putting like I am, I’m going to have chances up until the end.”