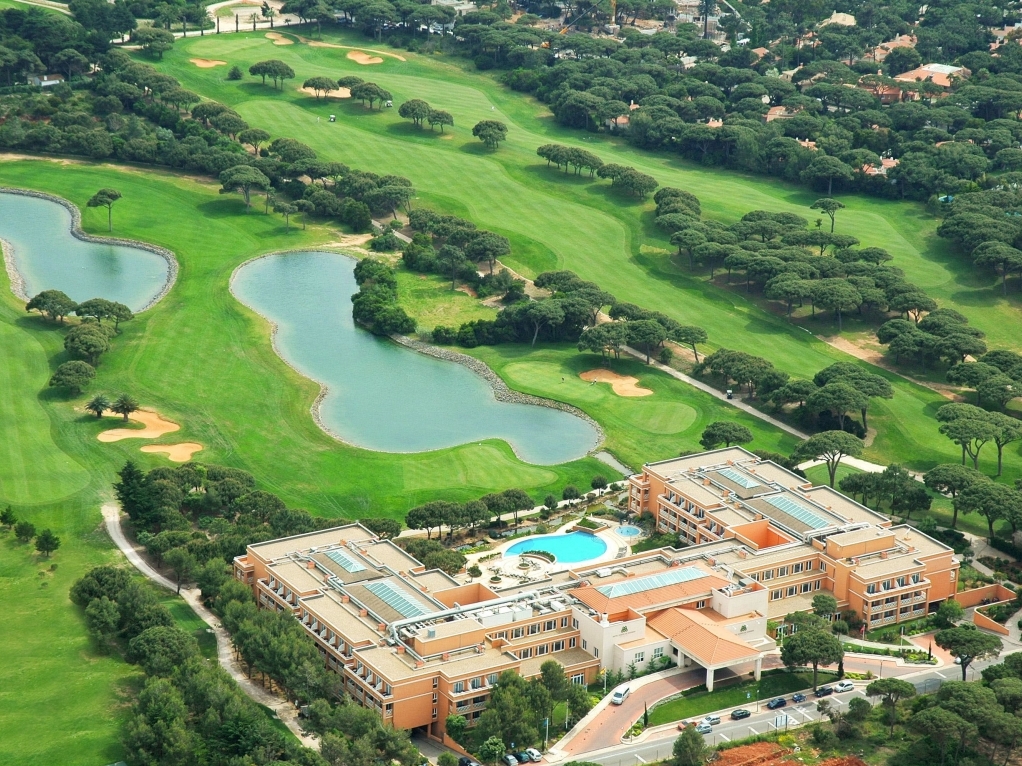 The five-star Onyria Golf Resorts-owned hotel – which opened in 1999 and was extensively remodelled in 2014 – is situated in the Sintra-Cascais Natural Park overlooking the Atlantic Ocean and is complemented by an outstanding Robert Trent Jones Snr-designed course, which dates from 1984.

In ranking it above several of the country's best-known resorts, Golf World said it was "one of Portugal's biggest and best hotels … plus a course with scenic cliff-edge holes". It also added that it was "idyllic for families".

It also came in for praise from Carlton Carugati, the general manager of the International Association of Golf Travel Operators (IAGTO), who cited it as one of his favourite large hotels, saying that it possessed "great facilities and golf".

The resort hotel comprises 198 air-conditioned rooms and suites – each with a spacious balcony and panoramic views of the Robert Trent Jones-designed golf course or the Sintra mountains – plus 40 villas.

Though not long by modern standards, at 6,420 yards, the par-71 course contains many trademark Trent Jones elements and combines a strategic challenge with beautiful surrounding scenery, with the Atlantic Ocean and Sintra mountains providing a stunning backdrop for holiday golf.

The resort's sales director, João Pinto Coelho, explained: "We are humbled by the position and comments made about Quinta da Marinha. Onyria Golf Resorts is a family-owned business which does not necessarily have the same financial clout as big chains or resorts owned by financial institutions.

"So for us to be included in such a high position, ahead of many so-called ‘big name' resorts, is not only proof for us that we are doing something right, but also testament to the hard work and dedication of our staff, throughout the business, many of whom have been with us since we opened."

What's more, a further fillip for Onyria Golf Resorts came with the news that its operation in the Algarve, Onyria Palmares Beach & Golf Resort, was earmarked by Golf World for a certain top-100 spot in the next ranking, once its boutique Beach House hotel opens in early 2017.

Pinto Coelho's twin brother, António, operations director at Palmares, added: "It was hugely encouraging for us to read that. The magazine said Palmares was ‘surely certain to join the list' and that ‘with a Top 100 course of 27 holes on site … it feels destined to enter the next Resorts ranking'. For Onyria Golf Resorts to have two destinations in such a benchmark list, amid such esteemed company, would be a fabulous achievement for us."

Part of the ‘Great Hotels of the World' portfolio, Hotel Quinta da Marinha Resort is an ideal venue to close a business deal, play golf, learn to surf, enjoy a cycling break or simply relax in luxury and comfort in the heart of nature. Its facilities include swimming pools, tennis courts, restaurants, 11 meeting rooms, a health club, complimentary beach shuttle service and one of the most beautiful and prestigious golf courses in the region.

Onyria also owns the nearby, much-acclaimed Monte Mar seafood restaurant which has been frequented by many A-list celebrities including President Bill Clinton.