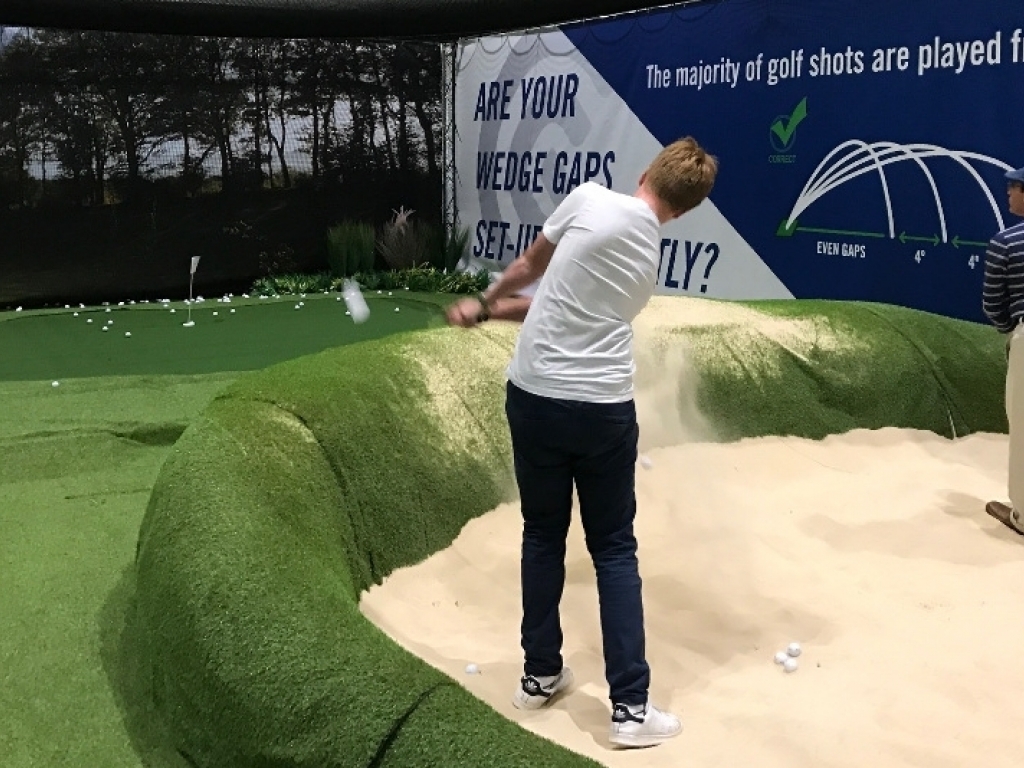 Provision Events (PVE), one of the world’s leading sports activation agencies, in conjunction with Magnetic Activation, has secured an exclusive contract with Sefton Council to promote the game of golf during The Open from July 16th to the 23rd.

PVE provides ‘fan zone’ experiences at major sporting occasions and boasts an extensive client list in the world of golf that includes American Golf, Oakley, the European Tour, the PGA Tour, the R&A and Omega.

Sefton Council is hosting ‘Summer of Golf’ at Southport Town Hall Gardens on Lord Street to coincide with The Open Championship being held at nearby Royal Birkdale and has hired PVE to run a series of free events to engage local resident’s, visitors as well as golf fans.

More than 200,000 visitors are expected to visit the area for the 146th Open and 10th at Royal Birkdale, and PVE’s Head of Sales and Business Development Simon Jones, said: “It’s a big one for us.

“We’re thrilled to be working as co-lead agency for Sefton Council alongside Magnetic Activation. We are hoping this is a blueprint that we can deliver for events of this nature, in the future.

“It is a wonderful opportunity to promote golf to the wider public. The idea is to have something for local residents and visitors alike to enjoy as well as those who have attended The Open. This is all about having fun and extending the reach of the game.

“We will be offering free coaching lessons and over the duration of the event, can offer up to 6,000 free lessons, a coaching zone, first-tee experience, nearest the pin, bunker challenge, long putt challenge and mini putting course.”

There is also live entertainment and food and drink stalls and Councillor Ian Maher, Labour Leader at Sefton Council, said: “We want to ensure we use The Open to really boost our local economy, grow employment opportunities and ensure our businesses reap the benefits of hosting one of the largest sporting events in the world.

“This really is an opportunity to put Sefton and the region in the global shop window with millions of pounds set to swell the local and regional economy.

“We want 2017 to leave a golfing legacy with as many people as possible from across Sefton getting involved in this wonderful sporting spectacle. It also ties in with 2017 being the Year of Sefton’s Coast with us celebrating everything surrounding our unique coastline.”

Mark Catherall, Service Manager – Tourism, Investment & Employment from Sefton Council added; “We are delighted to be working Magnetic Activation and Provision Events. Their impressive track record with delivering sports activations and the quality of their offering really sold it for us, we’re very excited to work closely with them moving forwards.”

It also now boasts storage in China following its success at the Volvo China Open at the end of last month, adding to its existing units in the UK, USA and Dubai.