Provision events has whole world in its hands 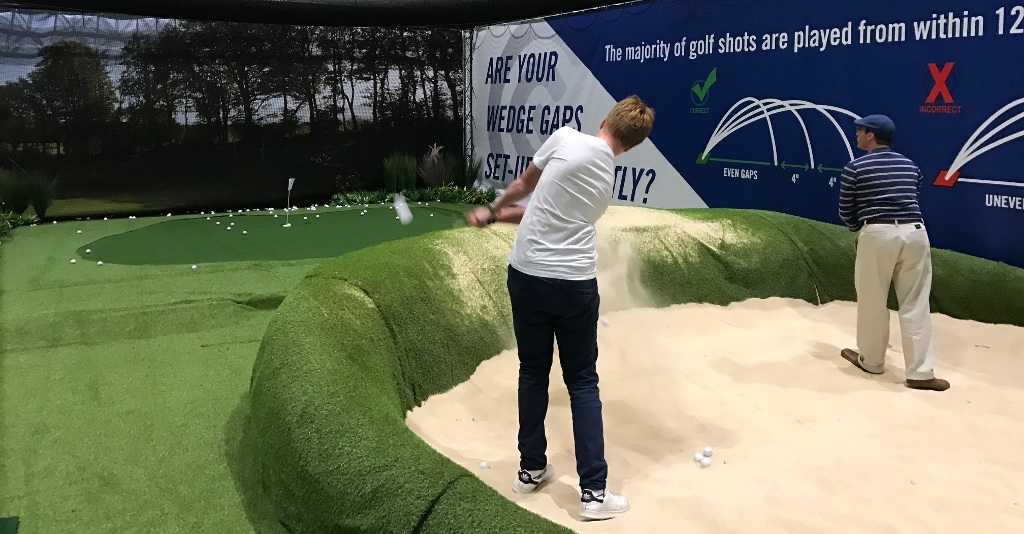 Provision Events’ (PVE) blossoming reputation has reached new heights with the company enjoying global recognition – and the success story culminates this weekend when it will boast a presence in three different continents during the same weekend.

PVE, already one of the world’s leading sports activation agencies, is celebrating one of its busiest ever periods with invites to prestigious events in the UK, Morocco, the United States and China.

PVE provides ‘fan zone’ experiences at major sporting occasions and has an extensive clients list in the world of golf that includes American Golf, Oakley, the European Tour, the PGA Tour, the R&A and Omega.

But that impressive portfolio is set to grow as the company attends the Volvo China Open and the LPGA’s Volunteers of America Texas Shootout for the first time, as well as running every aspect of the American Golf Show in Manchester during the weekend of April 27-30.

That comes on the back of its success at the Trophee Hassan II in Morocco, Houston Open, Valero Texas Open, Scottish Golf Show and the American Golf Show in London – the largest free golf show in Europe that covered 8,000 square metres at ExCeL centre.

PVE co-founder Nick Clemens admits the challenge is now to stay ahead of the game and continually deliver innovative ideas at events around the globe.

He said: “These are exciting times. At the end of April, we will have teams in all corners of the world in the same weekend – USA, China and Europe. It shows how our reputation is continually growing

“Clients are now looking for newer, weirder and ever-more wonderful concepts. The nuts and bolts of a golf-interaction zone is swinging a club, but we are always looking to keep things fresh and to be more creative. We have virtual reality golf, which is always very popular and the technology is incredible.

“At the Presidents Cup we did the ‘evolution of golf’, where there was a museum piece at the start of the fan zone experience and people could see how golf has evolved through ages with such things as the change of materials, golf balls, golf clubs and clothing.

PVE, which is headquartered in the UK with storage in the USA and UAE, is the market leader in providing ‘fan zone’ experiences at major sporting occasions, with the 13-year-old company expecting to provide its 1,000th event during 2017.

While it now boasts a huge presence in the golfing industry, it also enjoys a growing reputation in other sporting areas and Simon Jones, PVE’s head of service and business development, said: “We are getting more and more business and events and growing nicely.

“We now have ten golf simulators, but we are not just about that – there is tennis, rugby interactive fan zones we do. We have provided fan zones at the Olympics, the Ryder Cup, the Presidents Cup, Majors in golf and worked for the R&A, the international Golf Federation and looking forward to doing this for the LTA in tennis as well.

“But we have grown considerably and at the American Golf we did everything – the concept, design, organising, the electrics, building the show and it was a huge success.

“It is the second year we have done everything at their event. It is incredibly hard work but it is great fun and working with American Golf is proving to be a great relationship.”