Price: I feel for Anirban 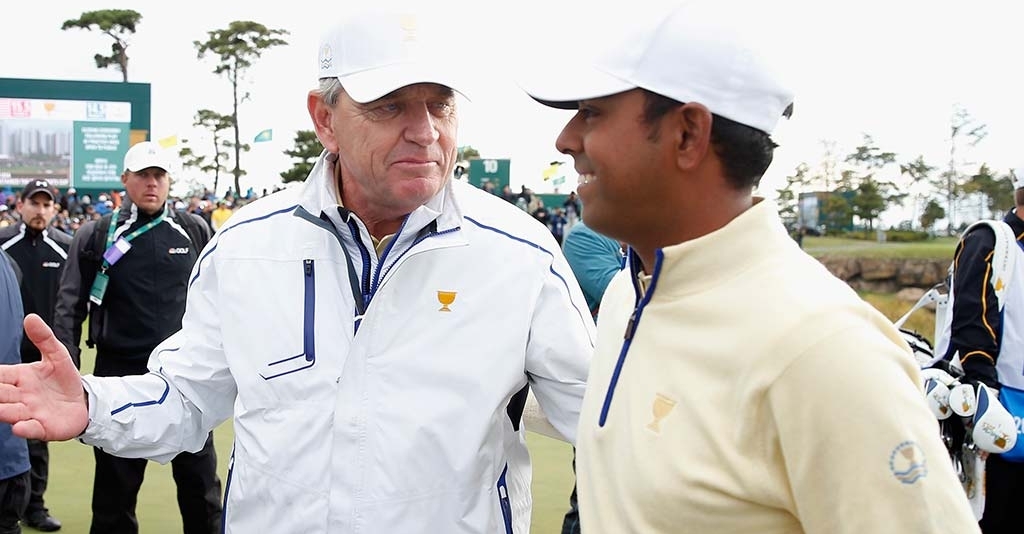 International Team captain Nick Price says that he feels sorry for Indian golfer Anirban Lahiri after he missed a short putt that could have cost his team the Presidents Cup win on Sunday.

The US beat the International Team 15½-14½ in South Korea and had Lahiri won his match against Chris Kirk the outcome could have been very different.

Going into the last hole, Lahiri’s approach landed three feet from the flag. Kirk made his birdie from 15 feet, but the Indian golfer missed his putt, handing the point to the American’s.

That result plus Bill Haas beating Sang-Moon Bae in the last hole of the match handed victory to the American’s by a single point.

In a chat with Sky Sports, Price said that he felt bad for Lahiri.

"I feel so bad for Anirban, as we all do," Price said.

"But you can't look back at one shot on the 18th hole. That's often what happens. You look back, there were mistakes made early on in today's round and yesterday's round and Thursday and Friday.

"We are going to cheer Anirban up. We are going to make sure he goes away from here with a wonderful experience and not let him dwell on what happened today."

Lahiri said told reporters afterwards that he felt terrible after his mistake and wished he could replay the putt again.

"I would like to rewind and just change the last 10 seconds of it.

"I do feel terrible right now obviously. It's going to be hard for me to sleep tonight, I think. I'm sure the rest of the team is going to help me out.