Price: Everyone is keyed up 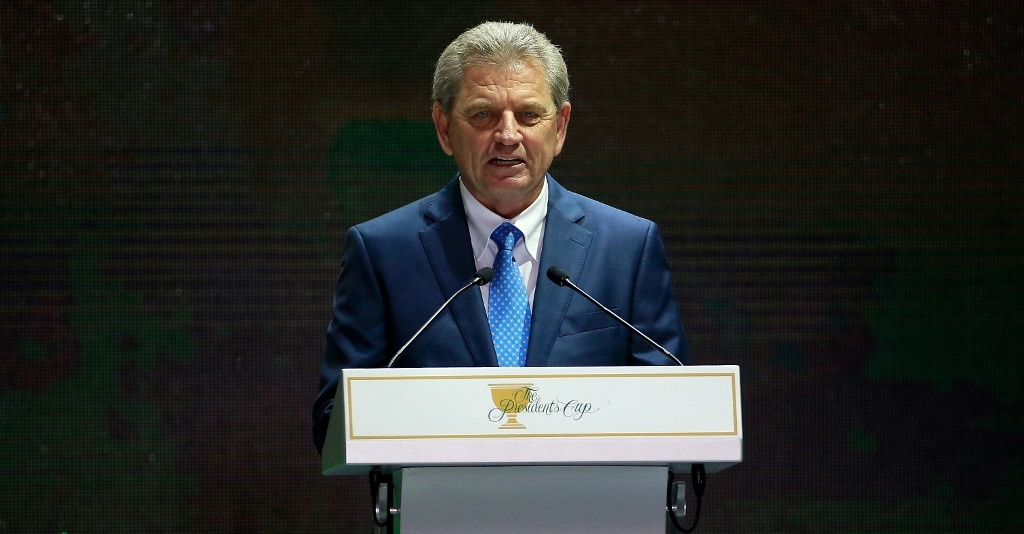 Following their first team meeting, International Nick Price revealed that the team is in high spirits ahead of the Presidents Cup.

The 12-man international team – that consists of players from seven different countries – gathered together for the first time in Incheon, South Korea on Tuesday.

"We had our first team meeting last night," revealed Price on Sky Sports.

"It's the first time that all 12 of the players and the captains have been in the same room at the same time," Price told a news conference at Jack Nicklaus Golf Club Korea on Tuesday.

"Of course these guys have all played a lot of golf together over the years, so there weren't any introductions necessary.

"We all feel that this is going to be a wonderful week and we are going to do a lot of entertaining with some wonderful golf. Everyone is keyed up, the team is ready to play."

Team USA has dominated the event since its inception in 1994 and they are currently on a five win streak. However, with the points system changing Price fancies the international team’s chances.

The 2015 edition will see the number of points on offer drop from 34 to 30, which means the weaker players do not have to play as often.

"Some of the veterans who have played in numerous Presidents Cups, they have had a tough time in the past, because it's been a bit one-sided," revealed the three-time major winner.

"So I think that's changed and with the points change now I think the guys are looking forward to this a lot more than any of the previous two or three.

"I think we've seen in the past that the Presidents Cup needs more excitement. It needs to be more closely contested. Certainly most of us on the International Team feel that that hasn't been the case the last five or six Presidents Cups."

The 2015 Presidents Cup tees off at Jack Nicklaus Golf Club in Incheon, South Korea on Thursday.