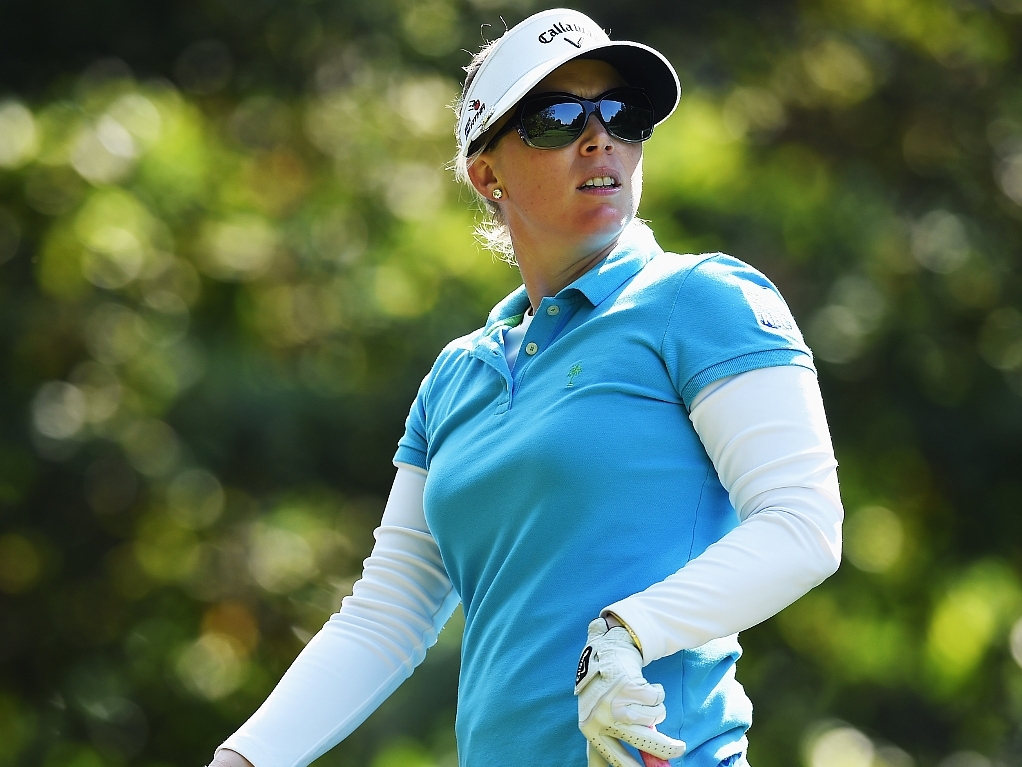 Morgan Pressel staked her claim to the Evian Championship after moving to within one shot of the lead following Friday's second round.

The American carded the lowest round of the day – a six-under-par 65 – to move into second place at the half-way mark of the final women's major of the season.

Lee Mi-hyang carded a 67 on Friday and leads the tournament on nine-under, while Pressel is one stroke behind on eight-under and just ahead of Nicole Broch Larsen, the winner of last week's Helsingborg Open, who sits on seven-under.

Pressel is the youngest-ever major winner after triumphing at the 2007 Kraft Nabisco Championship (now the ANA Inspiration) as an 18-year-old, but hasn't won on the LPGA Tour since her triumph at the 2008 Kapalua LPGA Classic.

"It's hard to nit-pick but I didn't hit my driver as well on the front nine as I would have liked so there are certainly things that I can improve on," she told reporters following her round.

"But I feel like mentally I stayed tough and battled through and made some birdies even after hitting poor drives.

"I had a really good three days last week with my coach Ron Stockton back home and I just really prepared for these two weeks.

"I've tried to stay positive. This is my tenth year here and I just hope to keep playing the same way over the weekend. I'll try and battle it out over the next two days."

The 27-year-old Pressel forms part of the 12-strong US team that will compete in the Solheim Cup against holders Europe at St Leon-Rot in Germany next week.