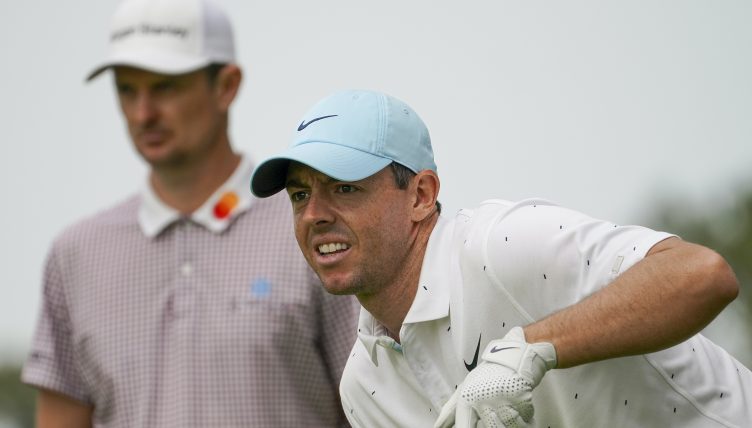 Two days after stressing the need for a fast start, Rory McIlroy got just what he hoped for in the first round of the 120th US Open at a relatively benign Winged Foot.

The United States Golf Association has come in for severe criticism in recent years for its course set-up, but McIlroy was among the early starters who made the most of ideal conditions while they could on Thursday.

A three-under-par 67 left McIlroy two shots off the clubhouse lead held by world number three Justin Thomas, with former Masters champion Patrick Reed on four under following a 66 aided by a hole-in-one on the seventh.

Starting on the back nine at Winged Foot, McIlroy got his bid for a second US Open title off to an ideal start with a birdie from 15 feet on the par-three 10th and also birdied the par-three 13th following a superb tee shot to three feet.

McIlroy picked up his third birdie of the day from 20 feet on the 18th and rebounded from a three-putt bogey on the first with a third two of the day on the difficult third, a hole made famous by 1959 US Open champion Billy Casper.

Casper purposely laid up short of the green on the par three and successfully pitched on and one-putted on the highly contoured putting surface in all four rounds on his way to victory.

Woods, who missed his first cut in 38 majors as a professional at Winged Foot in 2006 following a nine-week lay-off after the death of his father, recovered from two over par after eight with a hat-trick of birdies from the ninth and lipped out for a fourth gain in a row on the next.

Bogeys at the 13th and 14th were followed by a birdie on the 16th, but Woods then bogeyed the 17th and took a double-bogey six on the last after duffing a pitch from short of the green.

England’s Matt Wallace battled back from two over par after three holes and carding a hat-trick of birdies on the back nine to birdie the 15th and 18th for a level-par 70.

At the other end of the leaderboard, former Masters champion Danny Willett struggled to a seven-over-par 77, while US PGA champion Collin Morikawa was just a shot better off.