Poulter: This means absolutely everything to me 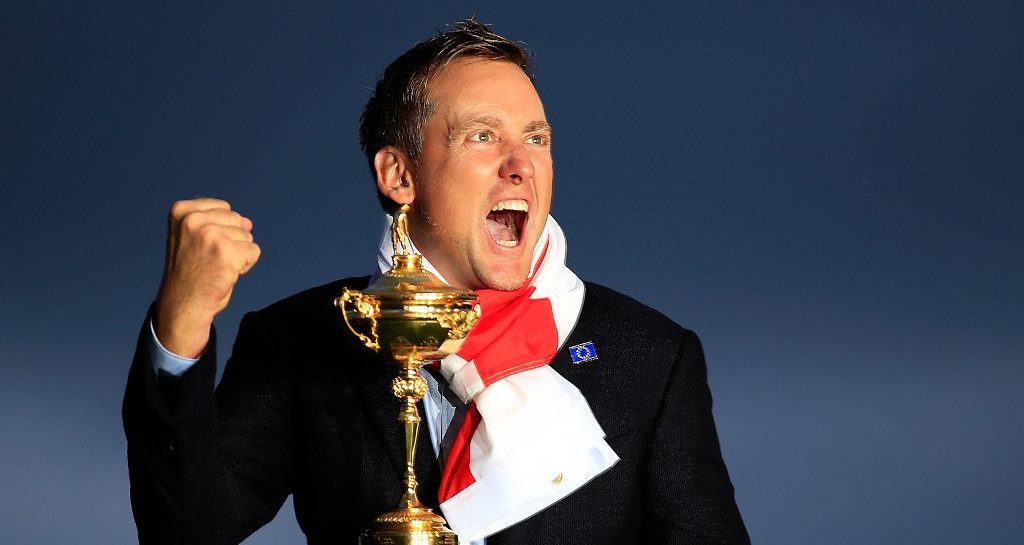 Ian Poulter could barely contain his excitement after securing a spot in Europe’s Ryder Cup team for the sixth time in his career.

After producing several memorable performances in the contest, Poulter is rightly regarded as one of the finest Ryder Cup players in history.

His record of 12 wins out of 18 since his debut in 2004 speaks for itself, and the day he helped spark Europe’s comeback in the “Miracle at Medinah” in 2012 will live on forever in the memories of all who saw it.

"For Thomas to give me the call yesterday, to say I'd like you to join this great team, means absolutely everything to me"

Poulter was forced to watch from the sidelines as a vice-captain to Darren Clarke at Hazeltine in 2016 as he recovered from a foot injury, but is absolutely over the moon after being given another chance to return as a player.

“This feels extra special to be part of another Ryder Cup team,” said the Englishman, who has fought his way back up to 33rd in the world rankings after slipping outside the top 200 last year.

“For Thomas to give me the call yesterday to say ‘I’d like you to join this great team’ means absolutely everything to me, and it’s going to be an incredible spectacle.

“It is a very strong US team but when you look at the European Team on paper now I get goosebumps just standing here thinking about it.

“This Ryder Cup is everything to me and for me to know I am going to be part of that team, hopefully part of a victorious team, and to lift that trophy again, that keeps me going.

“It has been a tough two years – 208th in the world rankings two years ago – but that little gold trophy kept my heart beating and to be competing for that again is magical.”

Meanwhile, fellow captain’s pick Henrik Stenson was widely expected to get the nod, but that doesn’t mean the call from Bjorn wasn’t an exciting moment.

“It means a lot to me,” said the Swede. “I’ve got some of the greatest memories of my career from being part of the European Ryder Cup team, so to get that phone call to be playing in Paris is incredible. I’m super-excited and I’m going to do my very best to show up with my best form possible.

“It’s going to be a great venue. Europe has one of the strongest teams we’ve ever had, so does America, so it’s all set for possibly the greatest battle ever.”