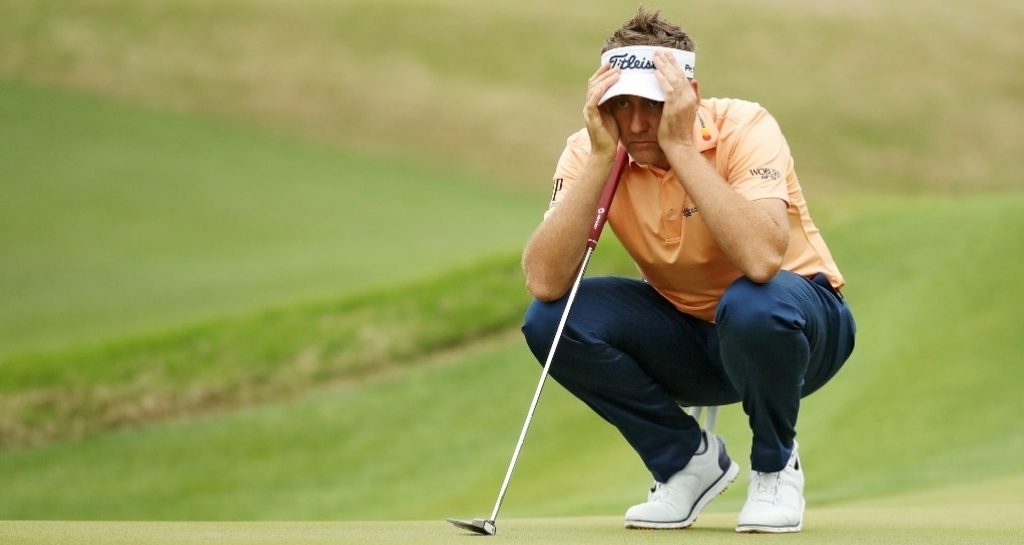 Ian Poulter suffered a double whammy at the Dell Technologies Match Play this weekend after being misinformed about his Masters qualification.

Projections showed Poulter would be around 50th in the world rankings if he won his fourth-round match in Austin on Saturday, which would be enough to see him qualify for the first major of the year.

Sure enough, the Englishman held on to defeat Louis Oosthuizen 2&1 and was then told by reporters he was assured of a place in the top 50.

Poulter said he asked three or four times if they were sure and said they told him, “Yeah, you’re definitely in.”

Turns out Poulter needed to win one more match, and he received a text message letting him know where he stood.

Just to let you know.. I am not in the Masters, I was told after this mornings round that I was in the Masters by Golf Channel, The Media, @EuropeanTour, 10 minutes before I tee’d off this afternoon I was told sorry points weren’t correct your not in yet. #DisappointingMistake

Having had the rug pulled out from under him, Poulter was unable to lift himself and beat Kevin Kisner in the quarter-finals.

Poulter’s ranking for next week as a result? 51st.

“No, I’m not definitely in,” he said. “So next time, I won’t listen to other people. I’ll do my bit and focus better.”

Poulter said he couldn’t blame the misinformation for the mistakes he made against Kisner, which included two three-putts.

“I mean, I can’t put that down as an excuse. It would be an excuse if I said it,” he said. “So it’s disappointing to be given the wrong information, but that wasn’t any part of this afternoon.”

Poulter will have one more chance to secure his Masters qualification at this week’s Houston Open, although he isn’t even sure of he’s going to take it yet.