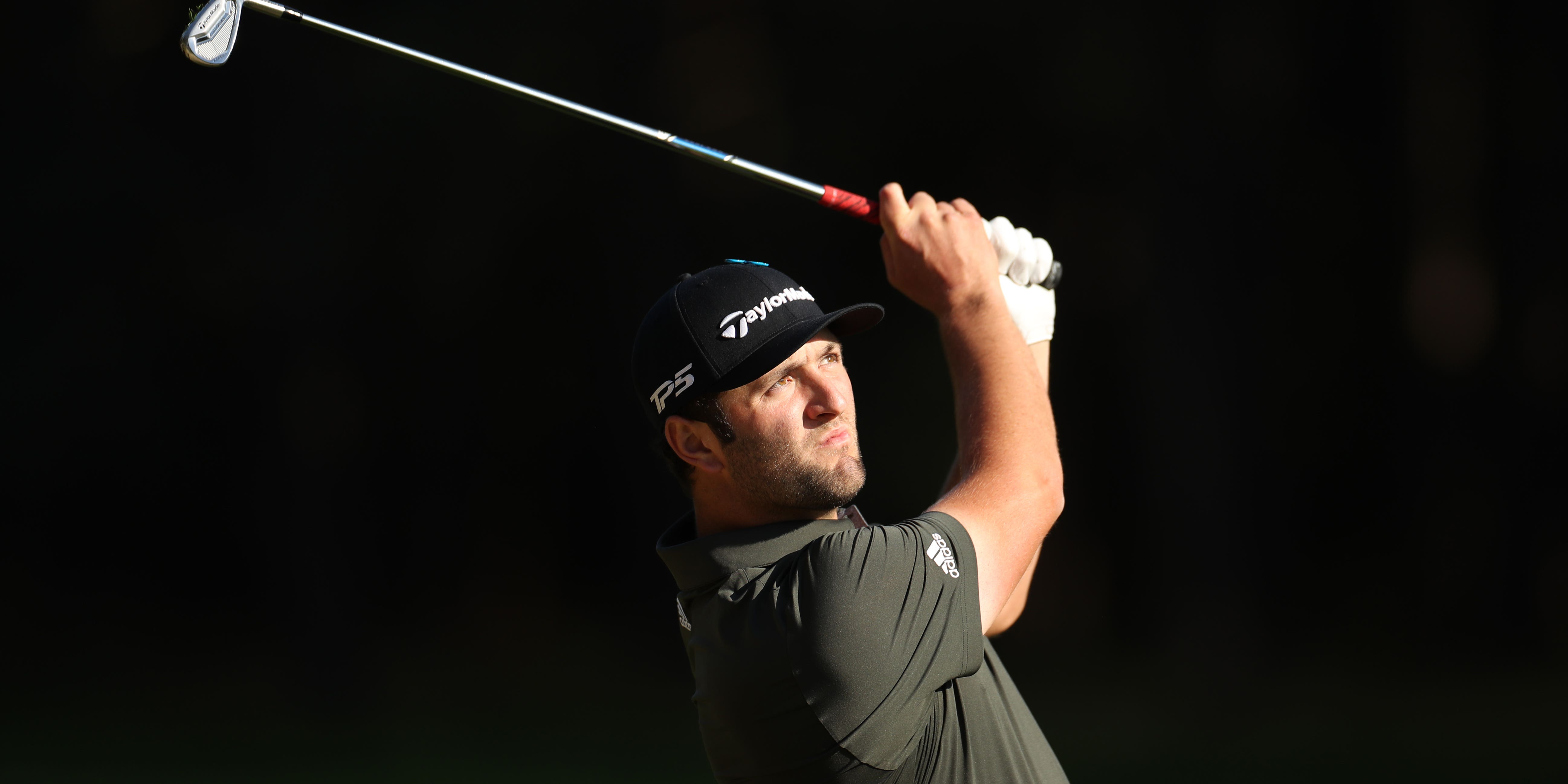 Jon Rahm has revealed how he missed his parents meeting his baby son for the first time following his withdrawal from the Memorial Tournament after testing positive for Covid-19.

But the world number three has defended the PGA Tour’s decision to enforce their rules, even though a third round of 64 had given the defending champion a six-shot lead at Muirfield Village.

Rahm had been undergoing daily tests after coming into close contact with someone who had tested positive. He initially tested negative but then returned a positive test and was informed immediately after finishing round three.

Several of Rahm’s fellow players suggested he should be allowed to continue in the tournament and play on his own on Sunday morning, but Rahm felt the right decision was taken.

“I was aware of what was going on and to all the people criticising the PGA Tour, they shouldn’t,” Rahm said ahead of the US Open at Torrey Pines.

“We are in a pandemic and even though this virus has very different forms of attacking people, you never know what reaction you’re going to get. So PGA Tour did what they had to do. The CDC (has) rules for a reason.

“There’s players that missed the World Series last year. There’s other athletes that have missed events. Unfortunately, I had a really good showing and I was pulled out of the tournament right before the final round, but, again, the PGA Tour did what they had to do.

“I’ve heard a lot of different theories; I should have played alone – that’s nonsense. The rules are there and it’s clear.”

Rahm conceded that being told the news on the 18th green on live TV was far from ideal, especially as it was the same place where he was informed about a two-shot penalty on his way to victory last year.

However, the world number three added: “They don’t want me to go by and start shaking all the patrons’ hands and high-fiving and all that, so I understand that as well.

“Luckily, everybody in my family and myself are OK. Luckily, I didn’t really have any symptoms, and within what happened, this is the best-case scenario.

“I think the hardest part out of all this was for just over 10 days not being able to even spend any time with my little one.

“Adding to that, my parents came into town, couldn’t be around them. I wasn’t there when my parents met my son, and I hadn’t seen my parents in over a year, almost a year and a half. That was truly, truly a hard thing.”

Rahm received results of two negative tests on Friday and Saturday last week, allowing him to leave isolation early and begin his preparations for the third major of the year at a venue where he won his first PGA Tour title in 2017 and also proposed to his wife.

“I was like, all right, at least I can go hit some balls and get ready starting a little bit earlier because otherwise today (Tuesday) at 7am was my 10th day (of isolation) and I would have had to have flown in this morning,” Rahm added.

“I would have felt a little bit under-prepared. At least starting Saturday, I can get on a bit of a roll.

“When you don’t hit a golf shot for about a week it’s tough leading into a major, especially a US Open. I’m confident I can get in form quick enough. I still have two more days.

“I still have the memory of all those great golf shots I played, right? I’m going to choose to remember that. I’ve been playing really good golf all year.

“Two weeks ago it’s finally clicking all together like I was waiting for it to happen. Finally everything was firing on all cylinders.

“Not that I’m expecting to play that perfect again, but I know that I can play at a really high level. So I’m confident.”