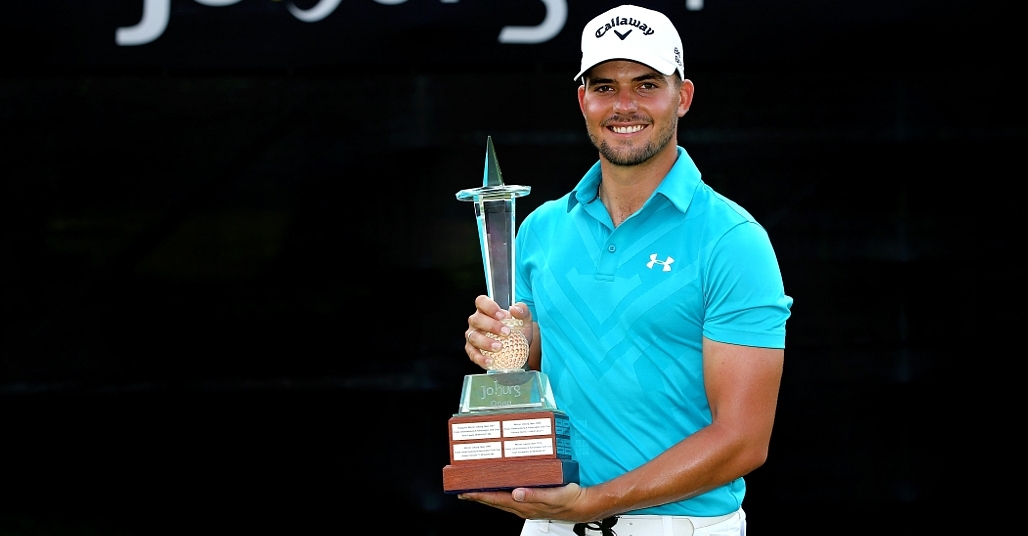 Haydn Porteous became the second South African in as many weeks to claim a first win on The European Tour when he won the Joburg Open by two shots on Sunday.

Porteous shot a bogey-free 69 in his final round at the East Course at Royal Johannesburg & Kensington Golf Club that ensured that he finished the tournament on 18 under par.

Zander Lombard finished two shots behind in second after shooting a 71 on Sunday. He dropped shots at nine, 11 and 14. Those three mistakes proved to be the difference between the two young South Africans.

The 21-year-old now has the opportunity to compete at The Open Championship at Royal Troon later in the year which will be the biggest stage he has ever played on.

"Words can't describe how I feel right now, it's surreal to be honest," said Porteous.

"I've been battling with my golf for the last few months and hats off to Garth Milne for all the strategy and game-plan and gym.

"I started to hit a few fairways and a lot more greens and gave myself some chances to make birdie, unfortunately the putts didn't go in but I was keeping the pressure low and making sure I was going to be making par.

"Zander and I have played golf more than I can count. We've played from junior golf, from amateur golf all the way through to professional golf.

"Hats off to him, he proved himself under pressure and unfortunately he made a bogey on 14 but you live and you learn and I've got good hope for Zander.