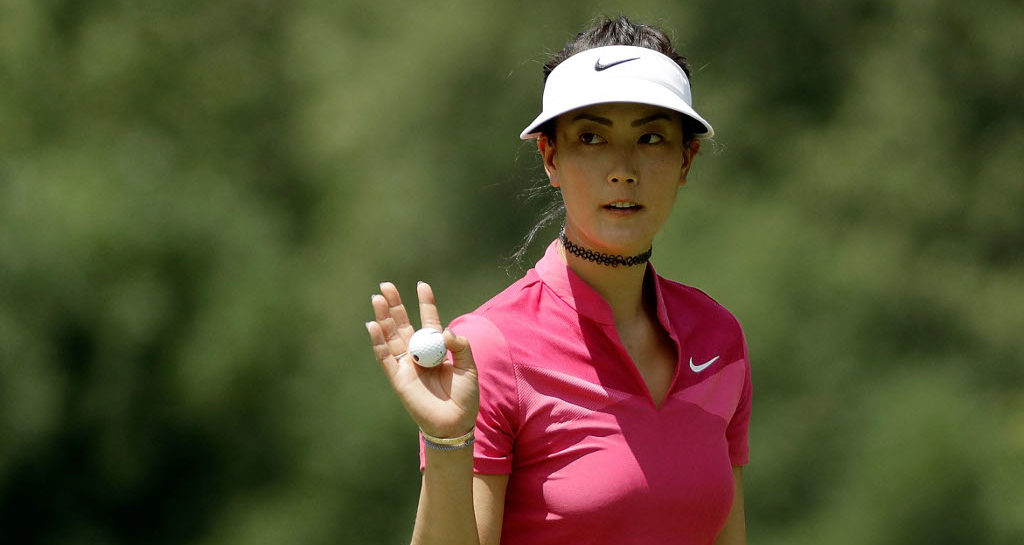 The US Women’s Open gets underway this week at Trump National Golf Club Bedminster with players trying to focus on their game rather than the controversy surrounding US President Donald Trump and his controversial comments about women.

The course was chosen for the tournament back in 2012 and the USGA has been reluctant to move the tournament from the Trump-owned course, despite a campaign from women’s rights activists.

With reports suggesting the president will make an appearance at the course during this weekend’s tournament, the LPGA’s top players have been reluctant to talk about anything other than golf.

USGA’s Matt Sawicki on if Trump is coming to US Women’s Open: “We don’t know…(but) we’ve got security protocols in place.”

“I’m not here to talk about politics – I’m not here to do that,” said 2014 champion Michelle Wie this week before a practice round at the New Jersey course. “My goal this week is to play as well as I can, hopefully showcase my best game and to inspire more girls to join the game.

“I take my role as a female role model very seriously,” Wie added. “This week is about the golf. The US Open is our national championship.”

Wie, who at the age of 27 is already taking part in her 14th US Open, comes into the tournament in good form, with three top-ten finishes in recent weeks, and will be going all out as she tries to add a second major to her trophy cabinet.

Wie’s good friend Danielle Kang, who claimed her first LPGA title – a major – at last month’s KPMG Women’s PGA Championship, sidestepped the issue altogether, saying, “I am looking at where to hit it in the fairway and which greens to hit. We’re here to play in a golf tournament, and I’m happy to be playing in the US Open.”

Third-ranked Lexi Thompson of the US also avoided the subject, saying she was, “not into politics at all.”

“Golf is all I focus on. This is an amazing golf course, and I will just focus on my play this week,” she added.

Foreign stars, including current world number one So Yeon Ryu of South Korea, were also keen to avoid getting involved in the controversy.

“First of all, I’m not American, so I don’t really know about politics stuff and I’m a professional golfer,” Ryu said. “I’m more about how I’m going to play well at my stage instead of who is on the stage. We are here to play golf, not here to talk about the politics.”

Ryu’s compatriot Inbee Park was more succinct: “I think everybody’s just trying to avoid political questions because I don’t think they get – I don’t think they will get any advantage from saying whether they agree or disagree [with Trump].” she said.

In fact, American golfer Brittany Lincicome is one of the only players to have expressed an opinion on the matter, when she said last month that she hoped President Trump would bypass the event.

And she has since decided to take a break from Twitter after receiving a deluge of replies attacking her for her comments.

“We’re going to play an amazing golf course and let our clubs do the talking,” she said.

“Hopefully maybe he doesn’t show up and it won’t be a big debacle – and it will be about us and not him.”

Unfortunately, it doesn’t seem like she will get her wish.