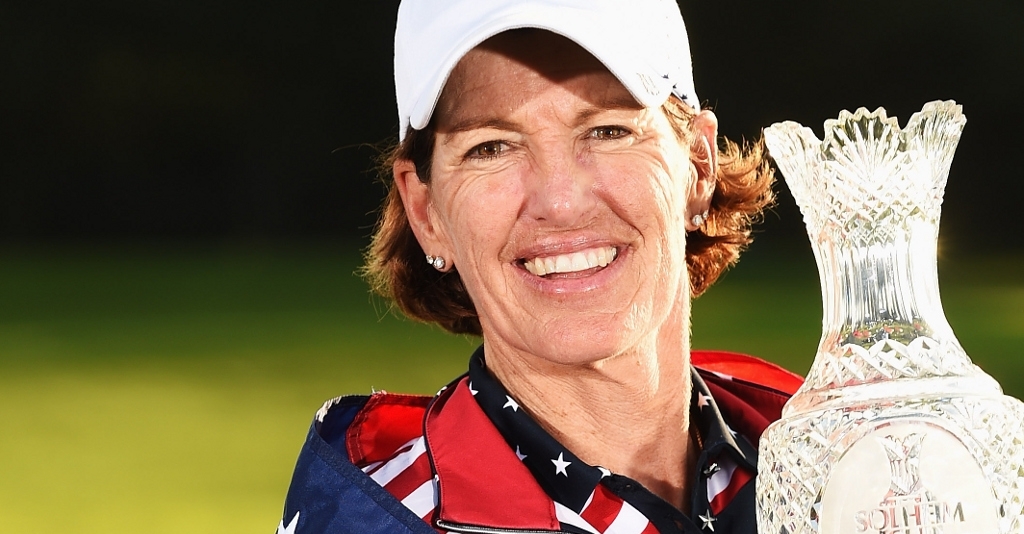 Paula Creamer and Cristie Kerr have praised Juli Inkster following the USA’s victory over Europe in the Solheim Cup on Sunday.

The American team suffered its second consecutive defeat at the previous installment of the biennial tournament in 2013 when Europe won in Colorado to record a first ever victory on American soil.

Carin Koch’s team went into the final day at the Golf Club St. Leon-Rot in Germany leading the US 10-6, but the USA were able to fight back win 14 ½-13 ½ and break the losing streak.

Cristie Kerr, who defeated Charley Hull 3-2 on Sunday to help set up the win, praised Inkster for her inspirational captaincy.

"I don't think I've ever wanted to win more in my life than for this time and for Juli. It's been a great journey, amazing how she brought us together," she told Reuters.

Paula Creamer, who beat Sandra Gal 4-3 in the final match of the tournament, echoed her team-mate’s sentiments.

"We came out of that locker room with one goal and that was to dominate and to play strong and we did that because of Juli," Creamer said.

"All of us might hit the ball, the putts and everything like that, but Juli definitely gave us the words and we did it all for her."

Inkster’s excellent leadership seems to have extended beyond just her motivational skills. The nine-time Solheim Cup participant also chose to split her 12-woman team into three pods of four in order to help foster team spirit.

"I felt like it was really hard to get 12 women to really mesh in a week, even though they all know each other and they all get along," she said.

"I had them each take a personality profile test … and it's worked out amazing as far as the camaraderie in each little pod.
“They love it. They eat together, they sit on the bus in a group. It's been a lot of fun."

Stacy Lewis, Lizette Salas, Brittany Lang and Gerina Piller were in one pod, while Creamer, Kerr, Morgan Pressel and Lexi Thompson were grouped in another, and Michelle Wie, Angela Stanford, Alison Lee and Brittany Lincicome were in the third.

The same pod system was employed by then USA captain Paul Azinger at the 2008 Ryder Cup at Valhalla Golf Club in Louisville, Kentucky, where the US went on to win 16 ½ – 11 ½.