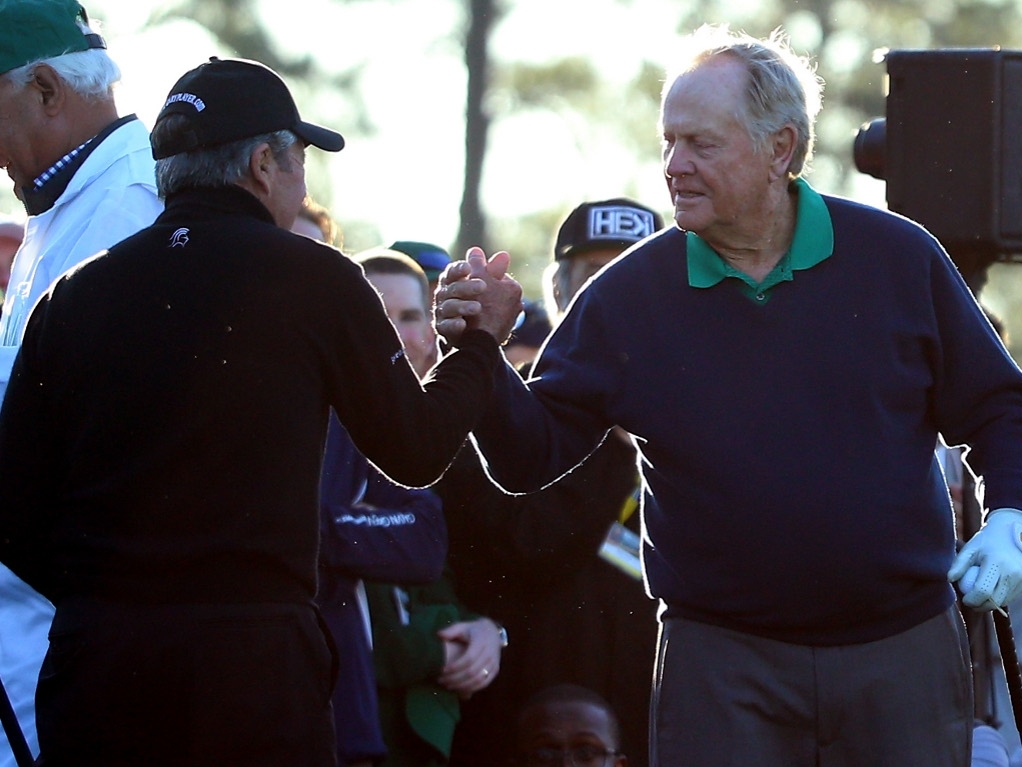 It seems even in advanced age, great sporting rivals sometimes can't exist having a sly dig at one another.

For the last five years, golfing legends Arnold Palmer, Jack Nicklaus and Gary Player have gathered on the first tee of Augusta National ahead of the start of the first round to officially open the Masters.

The late Palmer will no longer be around to do the honours this year, leaving only Player and Nicklaus to fulfill their ceremonial duties.

During their playing days, Nicklaus would often get the better of Player, and he certainly has more majors to show for his efforts, but these days Player takes great pride in being fitter than his old foe.

In a recent tweet, 81-year-old Player couldn't help but point out that he will surely be outdriving Nicklaus at the Masters next month.

Chuffed when you know keeping in shape just helped you drive by your friend’s ball %uD83D%uDE1C See you in two weeks @TheMasters pic.twitter.com/jtERxJrzt7

It’s all in good fun, though. Player certainly has nothing but respect for Nicklaus, and a previous tweet made it clear who he think the greatest player of all time is.

@DanielBerger59 Really? I did not know @jacknicklaus was playing this week. GP