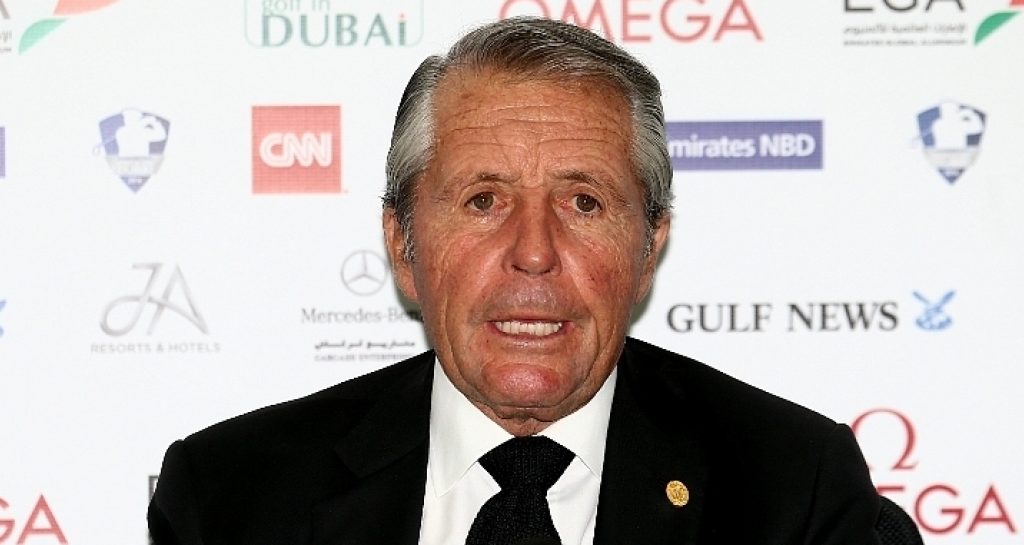 Golf legend Gary Player heaped praise on Jordan Spieth following his tumultuous final round at the The Open on Sunday.

The Texan battled back from a horror drive on the 13th hole to play the rest of the final round in five under par and claim his maiden Open Championship title in stunning fashion at royal Birkdale.

Player, a nine-time major winner, was impressed with the 23-year-old’s mental strength that saw him battle through many low points in the day.

"Yesterday, I never saw anybody play so poorly as the first 12 holes," Player told Sky Sports.

"I thought he was gone – he hit three fairways all day. The bogey he made at 13 was a miracle and suddenly his mind changed and he poured it on and finished like a miracle man. A wonderful story for The Open."

"I don't say he was mentally gone, he was swing-wise gone. He couldn't hit the ball on the fairway and was very fortunate – in fact every time he went in the rough, he had a perfect lie. In fact, there was really no rough at The Open which is a pity because this is the ultimate test of golf.

"This is phenomenal the mind he does have. What wins majors is not hitting the ball a long way. We saw with Tiger Woods – he wasn't a long hitter of the ball and yet he was the best in the world and at one stage was the best ever.

"We have had two great examples of the importance of the mind. I can't tell you how [much] I admired his finish yesterday. Maybe the most remarkable I have seen at The Open."