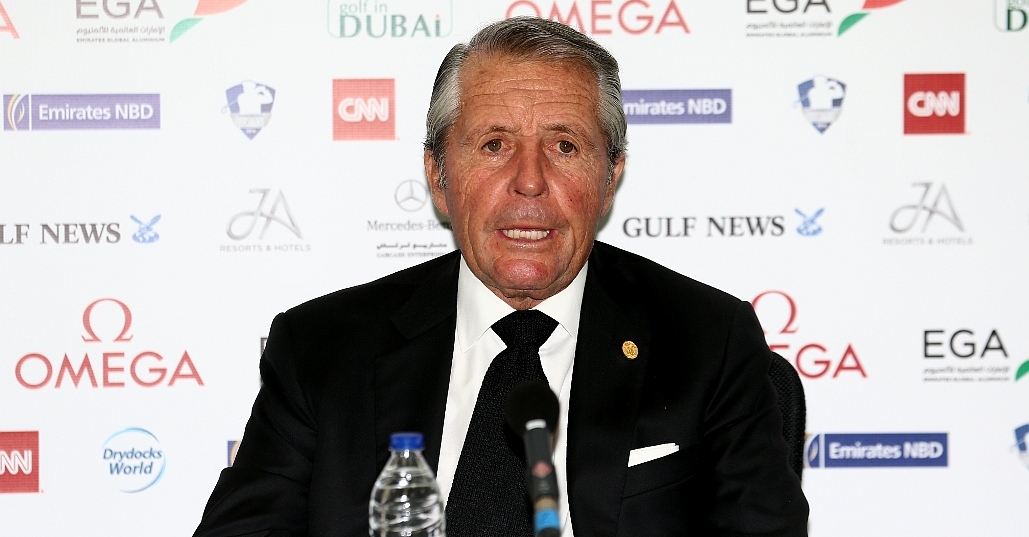 Gary Player has taken to Twitter to express his disappointment at the withdrawals of Charl Schwartzel and Louis Oosthuizen from South Africa's Olympic golf team.

Player, who will captain South Africa's golf team at the Rio Olympics, recently confirmed that both Schwartzel (ranked 20th in the world) and Oosthuizen (ranked 13th in the world) have made themselves unavailable for the Olympics, where golf will make its return after a 112-year absence.

However, Player feels the team would have a better chance of winning gold if everyone was available.

"I was sorry to hear that Louis Oosthuizen and Charl Schwartzel have withdrawn their names from consideration," he said.

"I would have given anything to play in the Olympics. South Africa had a great team, but now obviously, it will not be as good."

Player also criticised golfers from the around the world who have withdrawn, explaining that golf has given them so much and that they should be more than willing to give a little back.

"Players today make so much and should be giving back," Player wrote.

"The Olympics is one way they can do that since there is no prize money."

Adam Scott and Vijay Singh have both indicated that they will also not feature at the Olympics while Jason Day, Jordan Spieth and Rory McIlroy will all play at this stage.

The International Olympic Committee has restricted the Olympic field to 60 players for each of the men’s and women’s competition.

The official world golf rankings will be used as a method of determining eligibility.

The top 15-ranked players will be eligible for the Olympics, with a limit of four players from a given country.

Beyond the top 15, players will be eligible based on the world rankings, with a maximum of two eligible players from each country that does not already have two or more players among the top 15.

To back your favourites for Rio, or in any other major golf tournament, head on over to Paddy Power.