Play abandoned for the day at Baltusrol 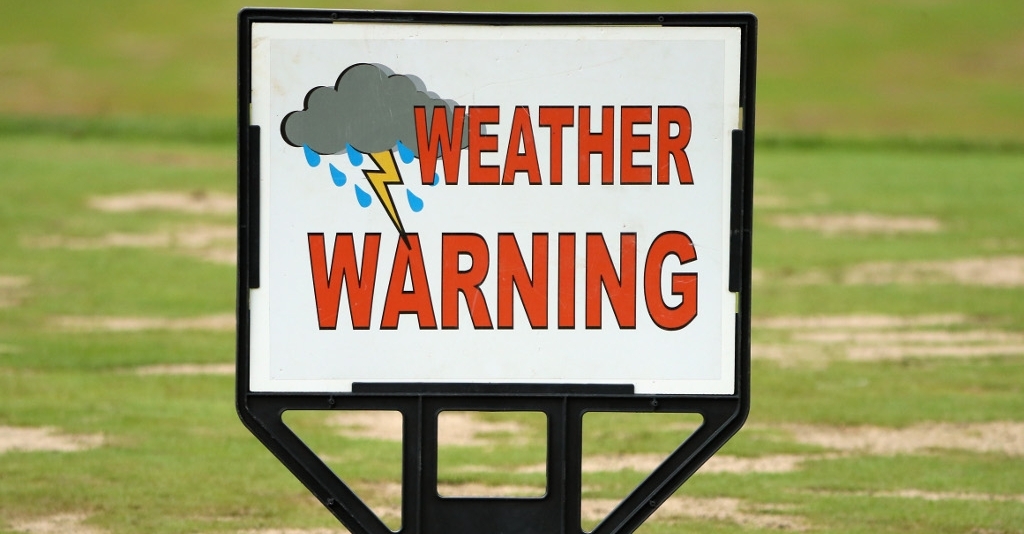 Heavy rain and the threat of thunderstorms saw the third round of the PGA Championship suspended before the leaders made their way out on course.

The top 10 players on the leaderboard were yet to get under way when play was halted in New Jersey and now will play 36 holes on Sunday, with the chance of a Monday finish.

Open champion Henrik Stenson follows a shot further back on six under.

Some of the early scores on Saturday suggested the Baltusrol course was there for the taking, with Kevin Kisner and Padraig Harrington both shooting 65s, while the likes of Justin Rose and Charl Schwartzel signed for a pair of 66s.

Kisner's moved into a tie for sixth with Martin Kaymer, Brooks Kopeka, and Patrick Reed on five under, while Harrington is in a group of eight players on four under that includes Rickie Fowler and Hideki Matsuyama.

Phil Mickelson carded a two-under 68 and believes the major scoring record of 63 will be broken in the final two rounds this weekend.

He added: "The rain has taken a lot of the fire and the speed out of the greens and it's also softened the fairways to where balls stay in the fairways.

"You're going to hit a lot of six, seven and eight irons at the pin and have the ball just stop right by its divot is taking away the challenge of the greens."