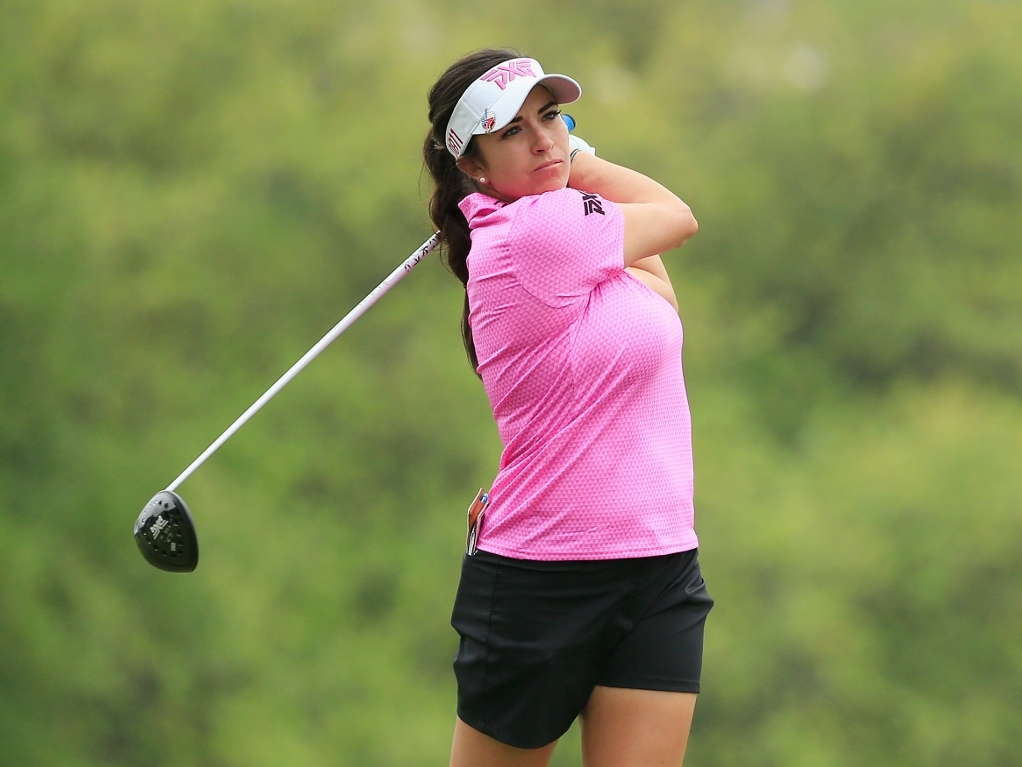 Gerina Piller carded a six-under-par 65 to take a one-shot lead at the Volunteers of American Texas Shootout on Friday.

Piller, who is on 10-under, is ahead of South Korea’s Eun-Hee Ji, who currently occupies second place on nine-under.

Overnight leader Mi Jung Hur only got through 12 holes due to inclement weather, but she sits in third place on the leaderboard, while world number three Lexi Thompson is poised to miss the cut even after she completed 10 holes on Friday.

Piller, who is on the hunt for her first LPGA Tour title, was in sensational form throughout the day and began her round with a trio of birdies on the front nine. She maintained her form heading into the back nine as she made three more birdies to complete a bogey-free round and secure the outright lead.

Ji, who fired a five-under-par 66, stumbled right off the bat as she registered a bogey at the 10th before making up for her mistake with a duo of birdies at the 14th and 16th. The 29-year-old shifted her game to the next level on her back nine as she made four birdies to surge up the leaderboard and keep herself within touching distance of Piller.

Hur, who carded a 66 to hold on to the lead after the first round on Thursday, continued her excellent run of form with two birdies on the front nine. The South Korean added another birdie at the 12th before her round was halted due to bad weather.

Meanwhile, Thompson only made a birdie and bogey on her front and is on track to miss the cut for the first time this year. The American struggled during the first round on Thursday as she recorded a four-over-par 75.