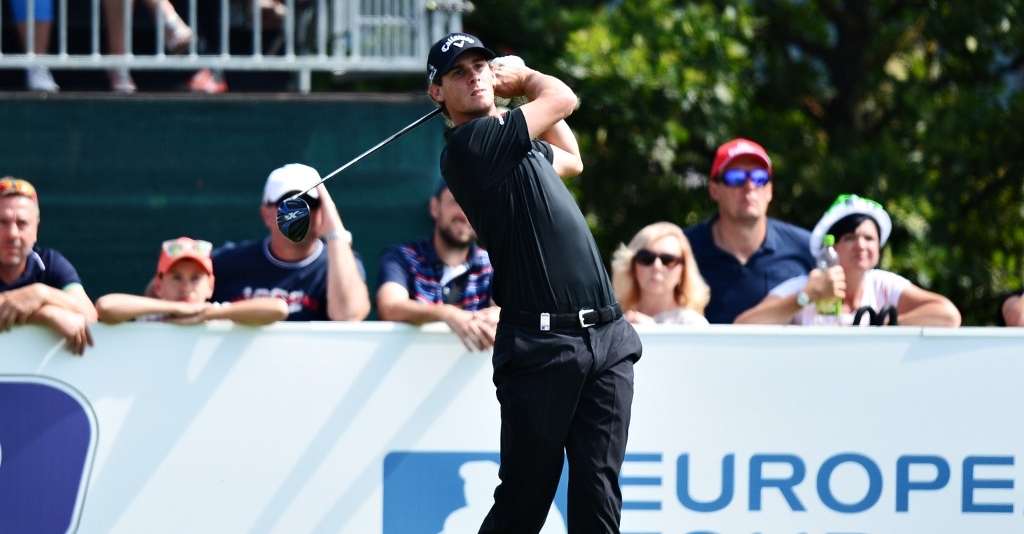 Pieters' triumph 12 months ago was his first on the European Tour, and he now finds himself in pole position for a second after rounds of 67, 67, and a two-under-par 70 on Saturday.

The 24-year-old mixed four birdies with two bogeys to move to 12 under par, two shots clear of Paul Peterson, an American who usually plies his trade on the Asian Tour.

A shot further back is England's Robert Rock, who rose 22 places up the leaderboard thanks to a best-of-the-day 65, and Dane Jeff Winther, who started the day tied with Pieters for the lead but could only shoot a one-over 73.

Graeme Storm lies eight under thanks to a 68, while the likes of Matthew Fitzpatrick and David Howell are five shots back and will require something special to affect Sunday's outcome.

Despite his two-shot cushion, Pieters was disappointed by his two dropped shots at the 11th and 12th. Another round of 70 might not be enough in the final round.

"I think there were too many poor shots today," he said. "I had some good looks at birdie down the stretch but I didn't hit enough good putts and the greens were a little bumpy at the end.

"I'm not very happy with today but I'm still in front so I'm just looking forward tomorrow and hopefully I can post a good score. It was the same last year, I was one ahead, so I've been in this position and hopefully I can just use what I learned the last time.

"I feel quite relaxed out there with my caddie and we have a good game plan so everything is set to go well tomorrow."