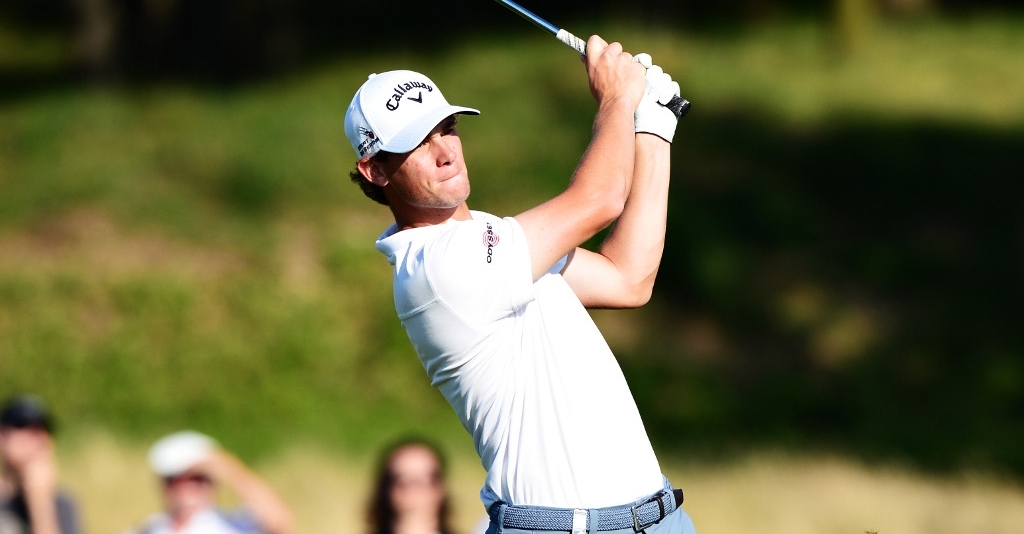 Belgium's Thomas Pieters remain on course for a defence of his D D REAL Czech Masters title after shooting a second successive 67.

The 24-year-old from Antwerp continued to look fresh as a daisy despite making a 6000-mile flight from Rio de Janeiro, where he finished fourth in the Olympics men's golf competition, to play in this event.

Pieters lies on 10 under overall after two rounds of five-under 67 at Albatross Golf Resort to share the halfway lead with Denmark's Jeff Winther, who carded a superb 66 on Friday to move six strokes up the leaderboard.

Co-leader Pieters avoided a bogey on his card on Friday and eased in six birdies to keep himself in line for a second European Tour title exactly 12 months after winning his first at the same venue.

"It's always nice to go bogey-free and make some nice putts," he said. "I'm hitting irons very well, my ball-striking has been very good the last few days. It feels controlled and stress-free golf.

"It's the same gameplan, I've actually been a little less aggressive this year but it's paid off because my wedges have been a lot better than last year. Hit some three woods and if you can fly some bunkers out here, why not do it?

"All I can do is do my best this week and we'll see where it brings me and then next week it's the same thing."

Winther, meanwhile, is a player ranked just 320th in the world, but he does have a second-place finish, achieved at the Tshwane Open back in February.

His round included a superb eagle at the first, his 10th hole of the day, and five more birdies.

"The eagle at ten was a surprise because I was full sure I was in the bunker," he said. "There was one in there but it was Oli (Fisher), so I guess mine bounced around it and onto the fairway. I was a bit lucky but I hit a great shot onto the green and a great putt too so it was a thieving eagle!

"It's been a long time since I've been playing good so it's nice to get some good rounds in and keep working at it.

"I have no thoughts going into the weekend, just keep playing every shot and don't think about anything, just go and enjoy it."