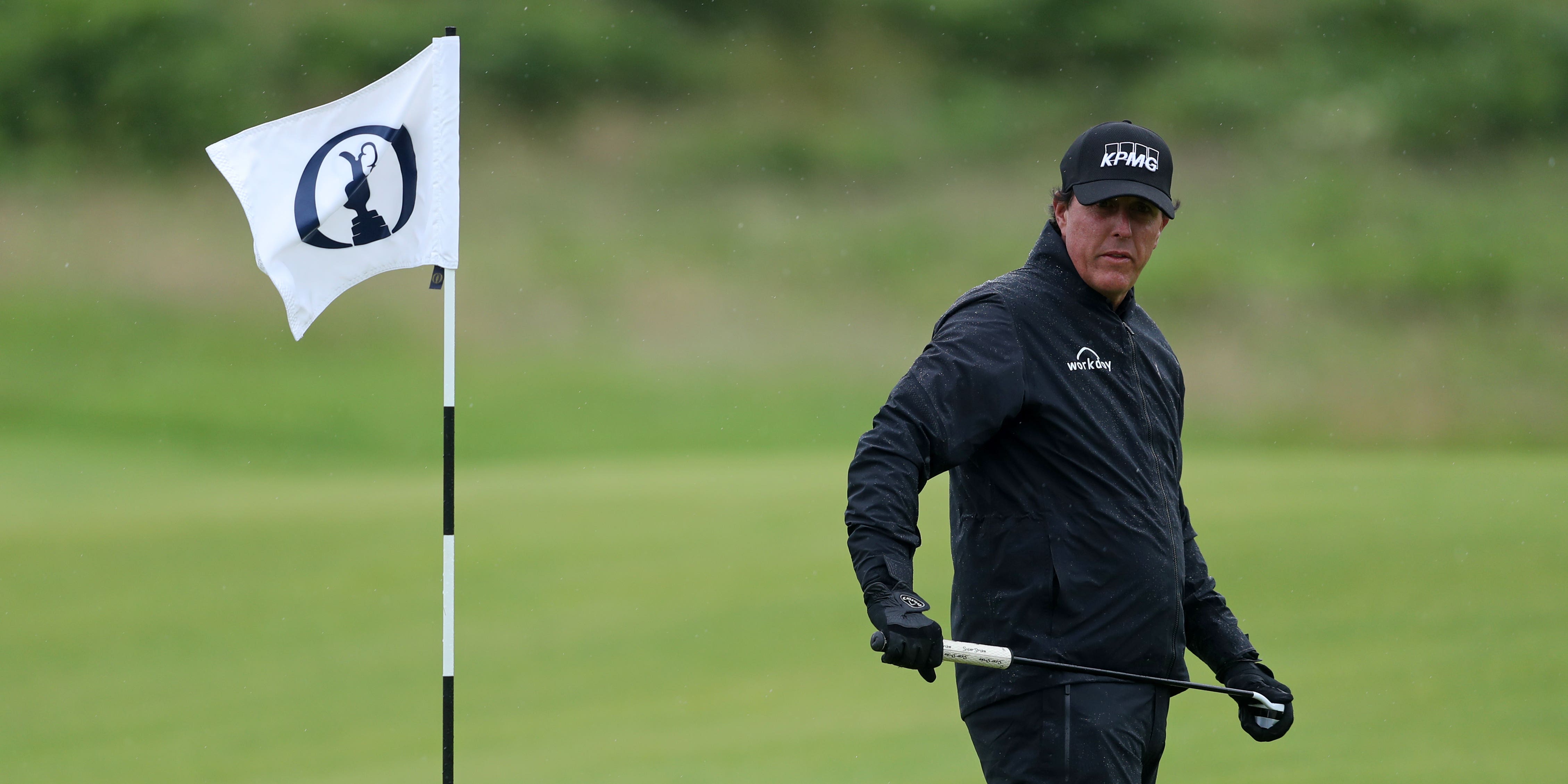 Five-times Open winner Tom Watson has warned Phil Mickelson will be a force to be reckoned with at this summer’s Championship after striking a blow for golf’s fifty-somethings.

Mickelson became the game’s oldest major winner last month when he claimed the 103rd US PGA title at Kiawah Island at the age of 50.

The American will be among the field at Royal St George’s in July hoping to repeat his 2013 victory at Muirfield, and compatriot Watson would not bet against him making a significant impression once again.

“If you keep your focus and trying to be the best into your fifties, you can still do it.

“If you can avoid those landmines and you’re putting pretty well, you can win in links golf.”

Watson, who was speaking as the R&A launched a ticket ballot for next year’s 150th Open Championship at St Andrews, famously came agonisingly close to winning the Claret Jug as a 59-year-old at Turnberry in 2009, ultimately losing to Stewart Cink in a play-off.

Almost 12 years on, he admits the near miss still hurts.

He said: “It does still sting. I had the opportunity. When I birdied the 17th hole and playing 18 right down-wind, it was, ‘I may have this’.

“The iron that I hit was as well as I could hit it and it just didn’t stop. It caught a gust of wind and it just trickled over the green – and I screwed up.”

Watson’s five Open titles came during a remarkable eight-year purple patch between 1975 and 1983 at Carnoustie, Turnberry, Muirfield, Royal Troon and Royal Birkdale, although never at St Andrews, where he was runner-up to Seve Ballasteros in 1984.

Only Harry Vardon has more victories, although Watson modestly insists he has played only a small part in the Championship’s glorious history.

He said: “I’m a small part of the history, I agree with that, but there’s Harry Vardon, there’s Young Tom Morris at the beginning of the Open Championship, there’s of course Bobby Jones and Jack Nicklaus and Tiger Woods and Arnold Palmer, there’s probably the greatest links player ever, Peter Thomson, who won five times.

In an effort to ensure the fairest possible distribution of tickets, a ballot will run from Thursday, July 1 until Monday, October 4 this year priced at GBP 95 a day for adults on Championship days and between GBP 20 and GBP 50 on practice days, with no weekly tickets available.

Children will be able to take advantage of the “Kids go Free” programme, while half-price tickets are available to 16 to 24-year-olds. Further details are available at www.TheOpen.com.