Phil Mickelson remains in contention at US PGA 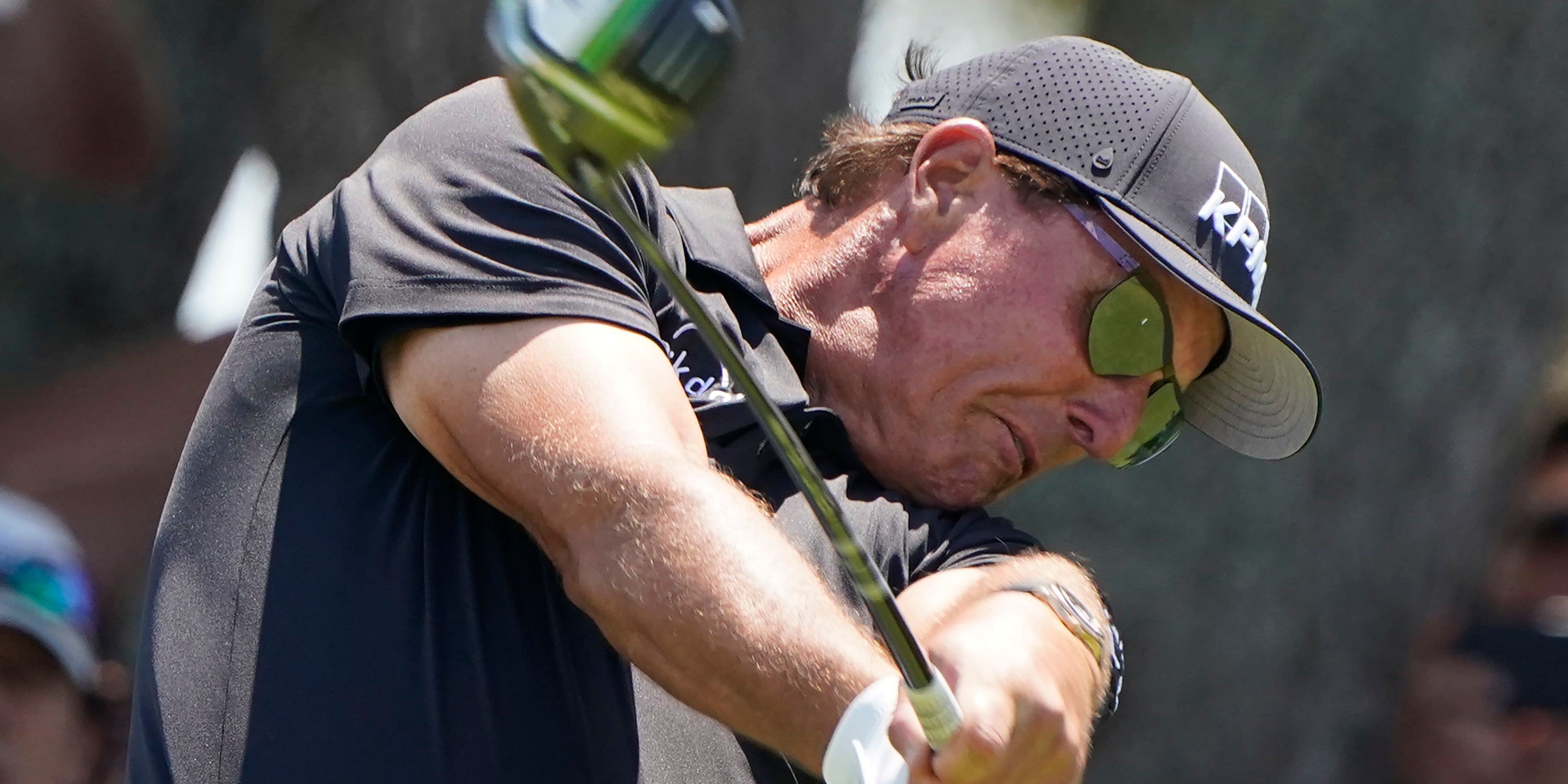 Almost three decades after making his tournament debut and 16 years since lifting the Wanamaker Trophy, Phil Mickelson has his sights set on a remarkable second US PGA title and, with it, a place in the history books.

Mickelson defied tough conditions at a windswept Kiawah Island to card a second round of 69 and set a clubhouse target that could not be beaten, despite the best efforts of Louis Oosthuizen and Brooks Koepka.

Oosthuizen’s only blemish in a superb 68 was a bogey on the 18th, while 2018 and 2019 champion Koepka made two eagles in the space of five holes before dropping two shots in the last four holes.

That left Mickelson and Oosthuizen sharing the lead on five under par, with Koepka a shot behind and Masters champion Hideki Matsuyama, Branden Grace and Christiaan Bezuidenhout all on three under.

Mickelson had earlier covered his inward nine in just 31 shots to raise the realistic prospect of the 50-year-old surpassing Julius Boros as the oldest winner in major history, Boros having won the US PGA in 1968 at the age of 48.

After starting from the 10th and picking up an early birdie on the par-five 11th, Mickelson looked to be drifting out of contention with bogeys on the 13th, 17th, and 18th.

But the 2005 US PGA champion took full advantage of the easier front nine with birdies on the second, fourth, fifth, seventh and ninth.

“I’m having a lot of fun,” said Mickelson, who last week needed a special exemption into next month’s US Open – in which he has finished runner-up six times – due to his lowly world ranking of 115.

“To play well, to know I’m playing well heading into the weekend, to be in contention, to have a good opportunity, I’m having a blast. I’m excited for the weekend.”

Mickelson held a two-shot lead after an opening 64 in the Wells Fargo Championship earlier this month before fading to a tie for 69th and bemoaning a lack of focus.

“I might try to elongate the time that I end up meditating, but I’m trying to use my mind like a muscle and just expand it because as I’ve gotten older, it’s been more difficult for me to maintain a sharp focus, a good visualisation and see the shot.”

Playing alongside Mickelson, European Ryder Cup captain Padraig Harrington was impressed by what he saw from the American after a 73 left the three-time major winner on level par.

“In the position he is, I expect him to contend and I wouldn’t put it past him being there at the end of the week, for sure,” Harrington said.

Grace had been on course to claim the clubhouse lead as he covered the front nine in 34 and holed out from a bunker for a birdie on the 10th.

The 33-year-old, who holds the record for the lowest score in a men’s major following his 62 in the 2017 Open, also birdied the 13th to reach six under, but ran up a double bogey on the 17th and dropped another shot on the last.

Overnight leader Corey Conners was a shot further back after following his superb opening 67 with a 75.

The halfway cut fell at five over par and meant the likes of world number one Dustin Johnson, Justin Thomas, Sergio Garcia and Tommy Fleetwood all made early exits, but Rory McIlroy survived on three over after dropping shots at the last three holes in a disappointing 72.