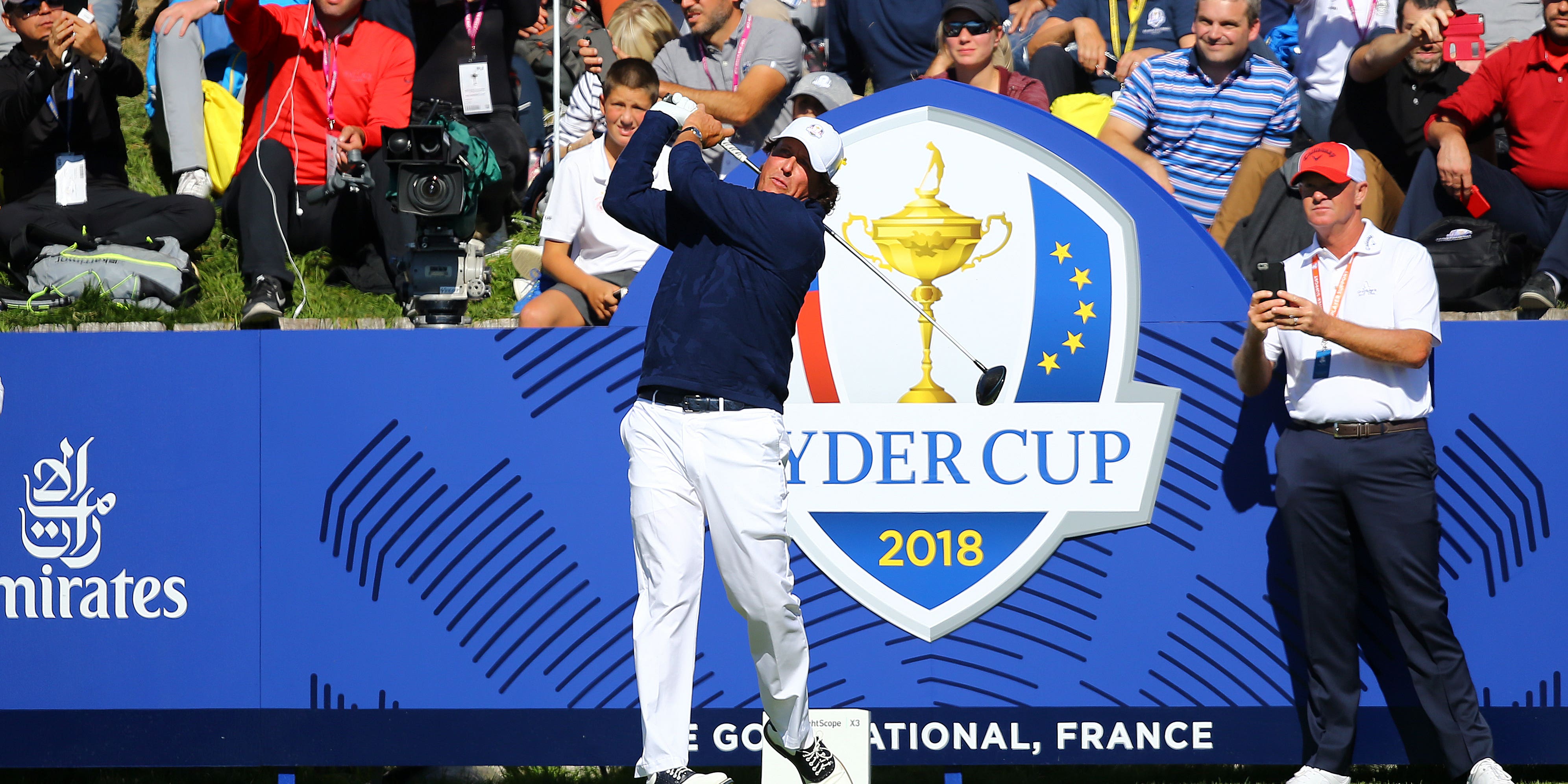 Newly-crowned US PGA champion Phil Mickelson has given himself three months to push for an unlikely Ryder Cup place.

But the oldest major winner in the sport’s history accepts his association with the event will finally be over as a player without consistent results.

The 50-year-old’s historic capture of a sixth major at Kiawah Island last week boosted him 34 places in the United States’ team standings but he is still only 16th, with just the top six qualifying on merit.

Captain Steve Stricker will select the remaining half-dozen himself but with the likes of Patrick Reed, Jordan Spieth, Tony Finau and Webb Simpson also out of the current reckoning and still ahead of him, Mickelson knows form and time is against him.

“I have not been a thought let alone in any discussion for the Ryder Cup,” said the American, who jumped from 115 to 32 in the world rankings.

“But in my heart I always felt if I played and could put it together on the regular tour and play well I might be able to move up and give myself an opportunity.

“If I’m the captain I’m not going to want a guy who plays well one week in an entire year and just because I played really well last week and won a big championship that doesn’t warrant a spot on the team by any means.

“I now have an opportunity over the next three months to play at a high level consistently and maybe be able to be in a position to add something to the team.

“But if not we have such a good group of young players I don’t want to disrupt that either.”

Mickelson has played in 12 Ryder Cups, the most by any player on either team, dating back to 1995.

He knows extending that run is somewhat fanciful and admits he may have to accept defeat and finally allow the younger generation their shot at wresting back dominance from Europe, who have won seven of the last nine meetings.

“We have a lot of talented players and I’ve had 25 years now of playing so it’s maybe time to step aside and let these young guys take over,” said Mickelson, who is straight back into action this week at the Charles Schwab Challenge in Fort Worth, Texas.

“Personally, if I can add to the team and not be a hindrance or a distraction I’d love to be part of it because they are such special events.

“But if not it might be time for the young guys to take over and run with it because they are so talented.”

Stricker said he is “rooting” for Mickelson to make the team.

“I’d love to have him there. Who wouldn’t, right?” he said during the US PGA.

“There was a reason why he was 52nd (on the qualifying list), right? He wasn’t playing all that great. Well, now there’s a reason why he’s 16th, because he had one great tournament.

“But now I need to see what he’s going to do from this point forward. We still have a lot of play left. I’m rooting for him. He’s a great team player. He’s great in the locker rooms. He’s a great partner.

“I’d love to see him continue what he did this last week and keep climbing that point list because I think he’s a huge benefit for our team. Bottom line, I think he does us a lot of good.”