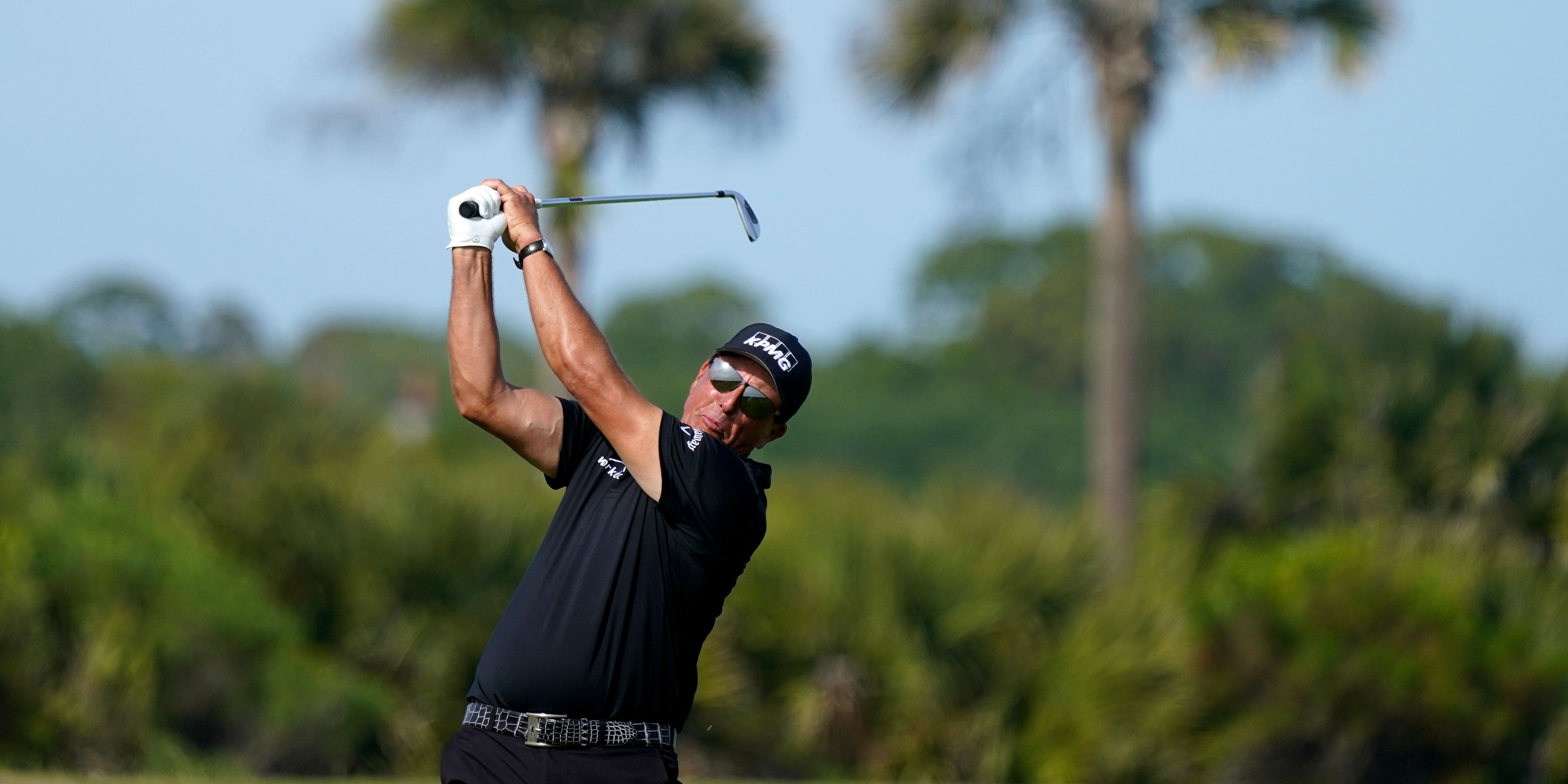 Prior to arriving at Kiawah Island for the 103rd US PGA Championship, the last time Phil Mickelson made the headlines in a major was for all the wrong reasons.

Already four over par for the day during the third round of the 2018 US Open on his 48th birthday, Mickelson badly overhit a putt on the 13th green at Shinnecock Hills which was set to roll off the putting surface.

The five-time major winner was initially unrepentant, telling the numerous critics who felt he should have been disqualified to “toughen up”, but later admitted he was “embarrassed and disappointed” by his actions.

Fast forward three years and, remarkably, the 50-year-old had the chance to dominate the headlines for all the right reasons as he took a one-shot lead into the final round at Kiawah Island with the chance to become the oldest winner in major history.

A 280/1 outsider at the outset, Mickelson’s last top-10 finish in a major came when he lost out to Henrik Stenson in a thrilling duel for the 2016 Open Championship at Royal Troon.

His best result on the PGA Tour in 2021 was a tie for 21st in the Masters, while a first round of 64 to lead the Wells Fargo Championship on his most recent start was followed by rounds of 75, 76 and 76.

Yet rounds of 70, 69 and 70 on the Ocean Course gave Mickelson a one-shot lead over four-time major winner Brooks Koepka and the chance to succeed where Greg Norman and Tom Watson had failed.

Norman was 53 when he took a two-shot lead into the final round of the 2008 Open at Royal Birkdale before a closing 77 meant he had to settle for a share of third place.

A year later, Watson led by a shot after 54 holes at Turnberry and was still one clear with one hole to play, only for the 59-year-old to bogey the last and lose a four-hole play-off with Stewart Cink.

With Abraham Ancer showing what was possible on the final day at Kiawah by carding a closing round of 65, Mickelson looked like having more to worry about than nearest rivals Koepka and Louis Oosthuizen.

And with the wind changing direction to ensure the final few holes would play downwind, a thrilling finish looked to be in store.