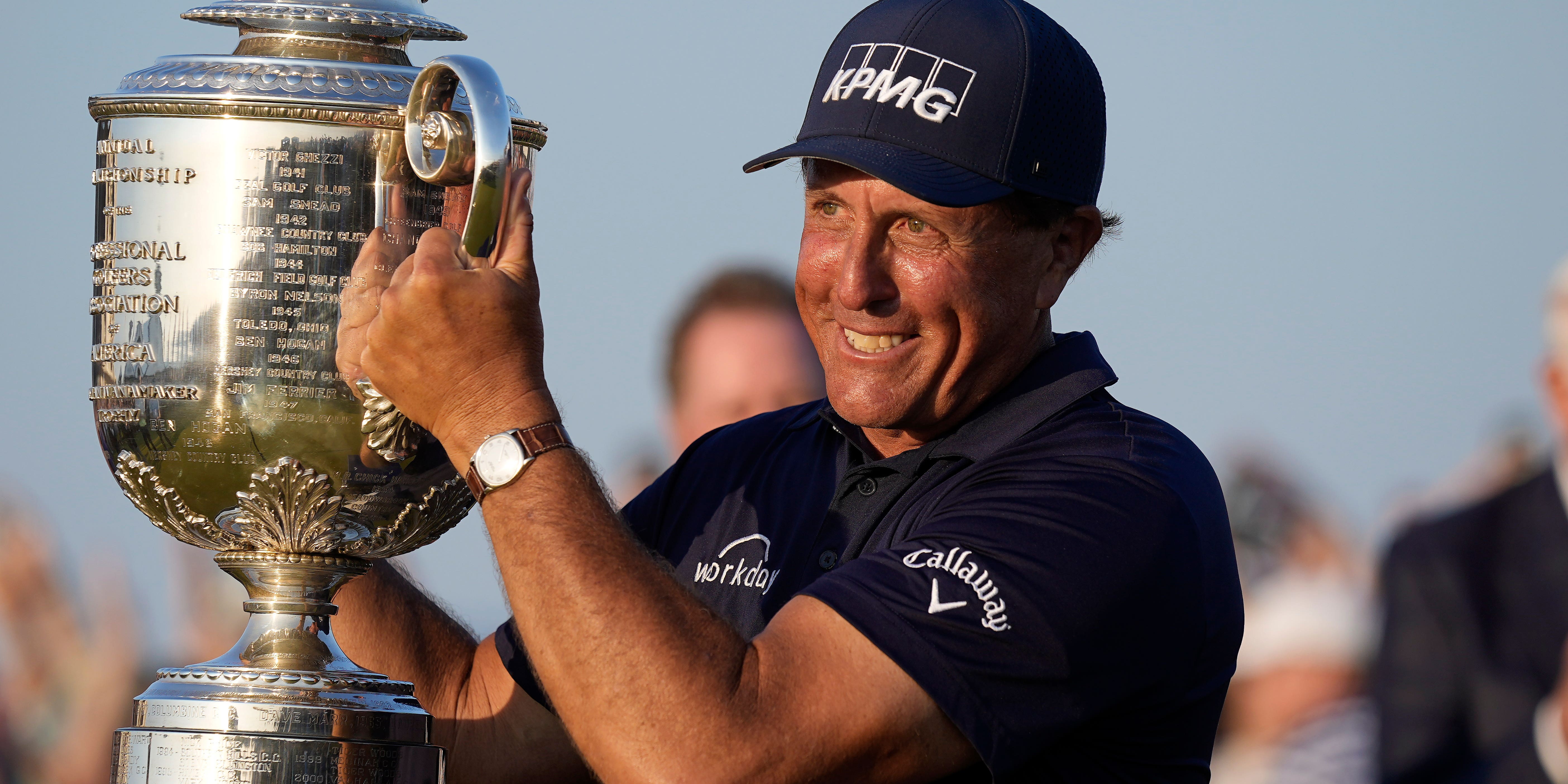 Phil Mickelson believes he has a “unique opportunity” to complete the career grand slam in his home city of San Diego on the back of his stunning US PGA Championship triumph.

Just nine days before rolling back the years at Kiawah Island to become golf’s oldest major champion, Mickelson had reluctantly accepted a special exemption for the 121st US Open at Torrey Pines, where he will celebrate his 51st birthday on Wednesday.

That exemption was required because Mickelson had slipped out of the world’s top 100 and the prospect of him joining Gene Sarazen, Ben Hogan, Gary Player, Jack Nicklaus and Tiger Woods in having won all four majors looked increasingly far-fetched.

“Now, you always need some luck, you always need things to kind of come together and click, but I know that I’m playing well, and I just wanted to give myself every opportunity to play at my best.”

Mickelson has won three times at Torrey Pines, including back-to-back victories in the Buick Invitational – now the Farmers Insurance Open – in 2000 and 2001, but three months after the last of those successes the South Course underwent a major redesign.

In his 18 starts since, the left-hander has recorded just four top-10 finishes and in the last seven years has missed the cut three times, withdrawn once with a back injury, skipped one year to play on the European Tour and has a best finish of 14th in 2017.

“What’s happened for me is I spent so many hours as a kid that, when the course was redesigned, all that local knowledge went away,” Mickelson added.

“I really haven’t come out here and spent a ton of time. It’s hard to get a tee time out here, and when you do, it’s a long round. So I don’t spend a lot of time out here other than the Farmers.

“I really made an effort here, having the last week off, to spend time out here and really learn, relearn the greens.

“So I spent a lot of hours out here on the greens last week to see if I can get that local knowledge again, and we’ll see how it goes, but I had a lot of fun kind of relearning and spending a lot of time out here.”