Phil Mickelson primed for another shot at history at Torrey Pines 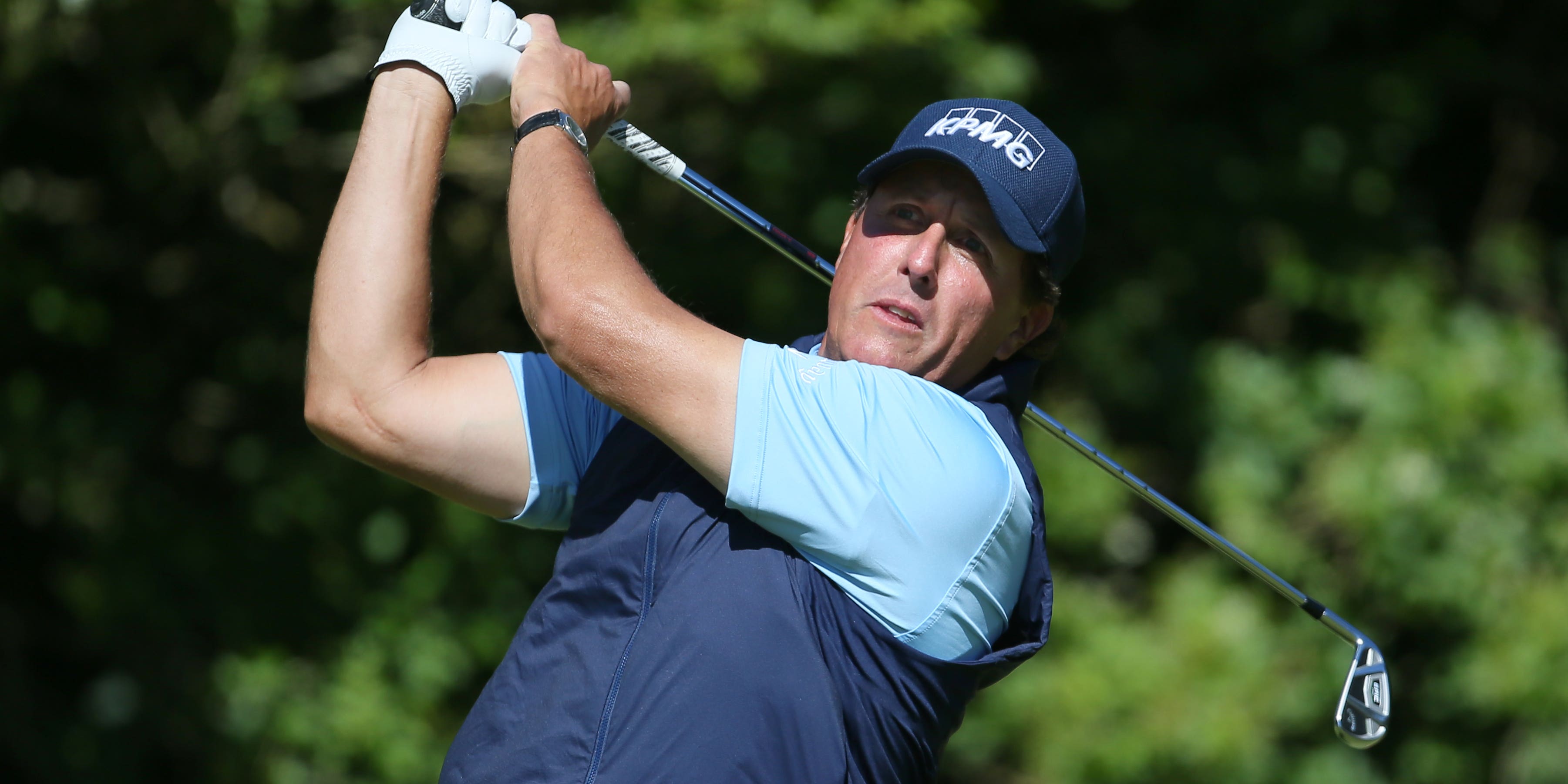 The most significant, namely the fact that he had yet to qualify for the only major he has yet to win, was helpfully removed by being handed a special exemption by the United States Golf Association.

The second obstacle remained however, in the shape of the poor form which meant he needed the exemption in the first place, the left-hander having failed to record a single top-20 since August 2020 to slip to 115th in the world.

Over the course of four amazing days at Kiawah Island, Mickelson cleared that hurdle himself in typically thrilling fashion, defying the odds – the previous 36 majors had been won by players in the world’s top 50 – and his advancing years to win the US PGA and become the oldest champion in major history.

Back in the world’s top 50 and also armed with a new five-year US Open exemption, Mickelson will celebrate his 51st birthday the day before the US Open gets under way at Torrey Pines in his home city of San Diego.

But he will do so with renewed belief that he can win an event in which he has finished runner-up a record six times and join Gene Sarazen, Ben Hogan, Gary Player, Jack Nicklaus and Tiger Woods as the only players to have won all four major titles.

“If I’m being realistic, it’s very possible that this is the last tournament I ever win,” Mickelson admitted after his victory at Kiawah.

“But it’s also very possible that I may have had a little bit of a breakthrough in some of my focus and maybe I go on a little bit of a run, I don’t know. I do believe that if I stay sharp mentally I can play well at Torrey Pines.”

Mickelson’s most recent second place in the US Open was behind Justin Rose at Merion in 2013, a month before he won the Open Championship at Muirfield.

But he has never threatened to complete the career grand slam and even skipped the 2017 US Open – at an Erin Hills venue which was expected to suit his game – to attend his daughter’s high school graduation.

Worse was to come the following year when Mickelson made the headlines for all the wrong reasons at a brutally difficult Shinnecock Hills.

Already four over par for the day during the third round on his 48th birthday, Mickelson badly overhit a putt on the 13th green which was set to roll off the putting surface.

Initially unrepentant, Mickelson told the numerous critics – including fellow professionals – who felt he should have been disqualified to “toughen up”, but later admitted he was “embarrassed and disappointed” by his actions.

Mickelson finished in a tie for 18th the last time Torrey Pines hosted the US Open in 2008, Tiger Woods incredibly defying what proved to be a season-ending injury to defeat Rocco Mediate in a play-off, his fifth win in the seven events he played that season.

Woods, of course, remains absent as he recovers from the serious leg injuries suffered in a car crash in Los Angeles in February, while Spain’s Jon Rahm heads the betting market from the likes of defending champion Bryson DeChambeau, Brooks Koepka, Rory McIlroy and Jordan Spieth.

Rahm was six shots clear after 54 holes of the Memorial Tournament before being told on the 18th green he had tested positive for Covid-19 and would have to withdraw, his period of isolation only ending on June 15.

Having won his first PGA Tour title at Torrey Pines in 2017, the world number three arguably remains a worthy favourite, but after what happened at Kiawah Island, nothing can be taken for granted.