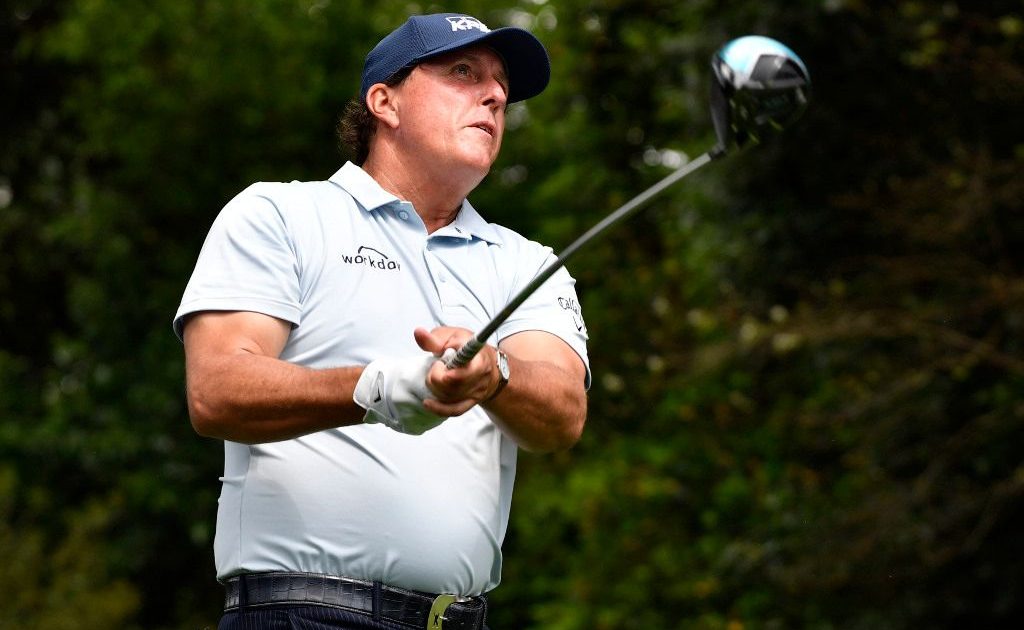 Phil Mickelson has confirmed he will play in the opening event of the controversial Saudi-backed LIV Golf Invitational Series this week.

The six-time major champion has not played – and kept a very low public profile – since explosive comments he made about the breakaway series and the PGA Tour were published in February.

The 51-year-old American described the Saudis as “scary m************” and said he was well aware of Saudi Arabia’s “horrible record on human rights” – including the murder of Washington Post reporter Jamal Khashoggi – in an interview with the author of a forthcoming biography.

Yet he added that working with the Saudis was a “once-in-a-lifetime opportunity to reshape how the PGA Tour operates” by creating a new series of tournaments with a different format.

His comments provoked a huge backlash and Mickelson apologised amid considerable criticism. He disappeared from public view and missed both the Masters in April and the defensive of his title at the US PGA Championship last month.

The remarks were also damaging to the big-money LIV Golf series but organisers pressed ahead with plans and the first tournament at Centurion Club in Hertfordshire begins on Thursday.

Mickelson said in a statement: “First and foremost, I want to again apologise to the many people I offended and hurt with my comments a few months ago.

“I have made mistakes in my career in some of the things I have said and done. Taking time away and self-reflecting has been very humbling.

“I needed to start prioritising the people that I love the most and work on becoming a better version of myself.

“I have spent this time with Amy and loved ones. I have been engaged and intentional in continued therapy and feel healthy and much more at peace. I realise I still have a long way to go, but I am embracing the work ahead.”

He went to to explain his reasons for backing the LIV Golf Series.

He said: “I am ready to come back to play the game I love but after 32 years this new path is a fresh start, one that is exciting for me at this stage of my career and is clearly transformative, not just for myself, but ideally for the game and my peers.

“I also love the progressive format and think it will be exciting for fans. Just as importantly, it will provide balance, allowing me to focus on a healthier approach to life on and off the course. I am incredibly grateful for what this game and the PGA Tour has given me.

“I would like to think that I have given back as well but now I am excited about this new opportunity.

“I am thrilled to begin with LIV Golf and I appreciate everyone involved. I also intend to play the majors.

“I fully realise and respect some may disagree with this decision and have strong opinions and I empathise with that. I have a renewed spirit and excitement for the game.

“I am incredibly grateful for the support of my fans, partners, friends and peers and I hope in time those sentiments, relationships, and support continue.”

The Centurion tournament – which boasts a total prize fund of GBP 20.2million with GBP 4million to the winner – is the first of eight LIV Golf events scheduled for this year with plans to expand to 14 in the coming years.

The competitions are to be played over 54 holes rather than the standard 72 with groups teeing off simultaneously on different holes in a ‘shotgun’ start.

Greg Norman, chief executive and commissioner of LIV Golf, said: “Phil Mickelson is unequivocally one of the greatest golfers of this generation.

“His contributions to the sport and connection to fans around the globe cannot be overstated and we are grateful to have him.

“He strengthens an exciting field for London where we’re proud to launch a new era for golf.”