Phil Mickelson keeps his nose in front in wild final round 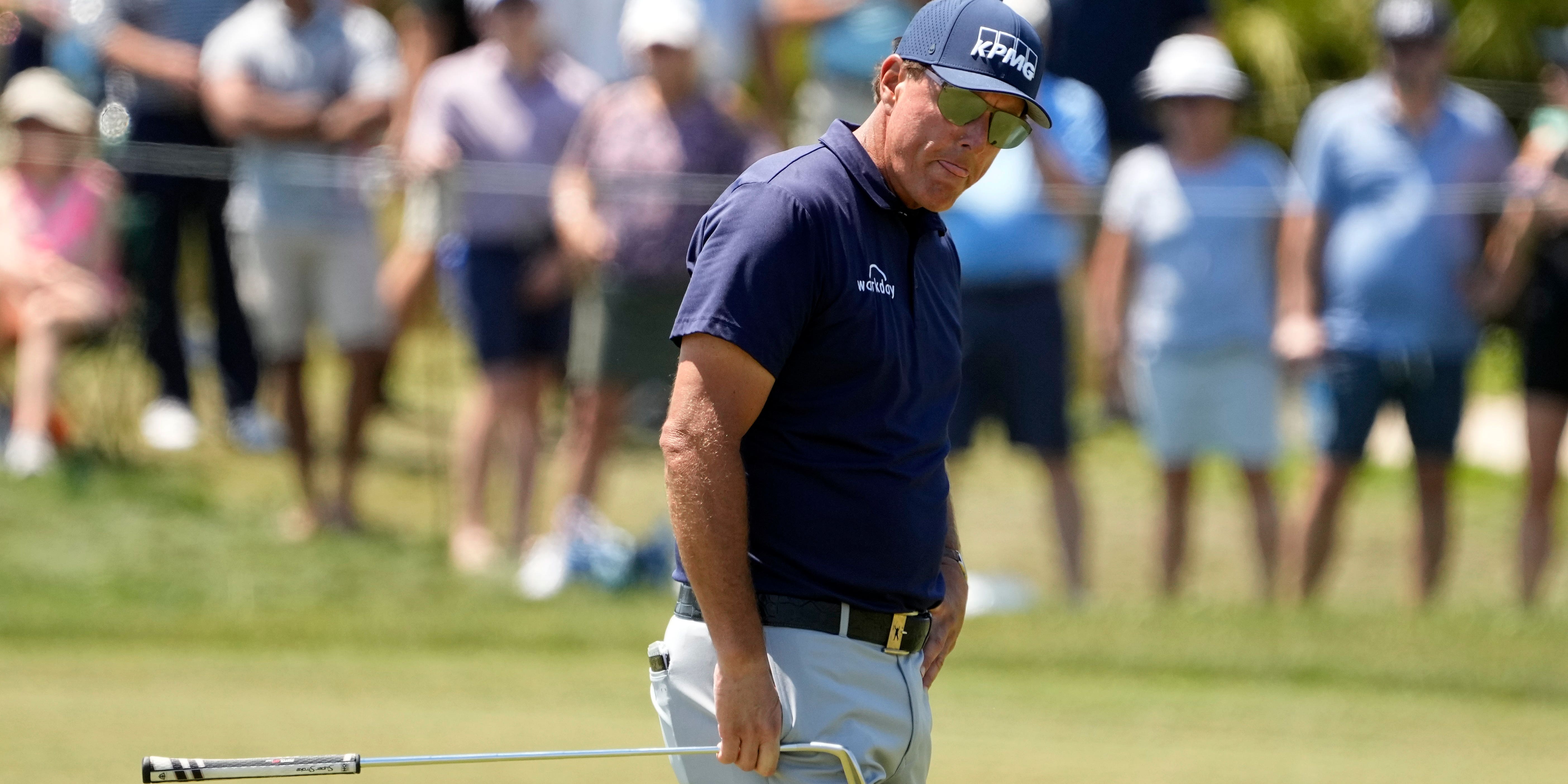 Phil Mickelson remained on course to become the oldest winner in major history midway through a wild final round of the 103rd US PGA Championship.

Mickelson began the day with a one-shot lead over Brooks Koepka and had doubled his advantage by the turn, but it was the manner in which he did so which the 10,000 fans on site at Kiawah Island could scarcely believe.

There was immediately a two-shot swing as the final pair got under way, Mickelson three-putting the first from long range and Koepka holing from 12 feet for birdie.

But that was eclipsed minutes later as Mickelson got up and down from over the third green for a birdie and Koepka missed the green with his approach, duffed his fourth shot from a sandy waste area and eventually two-putted for a double-bogey seven.

Another two-shot swing looked certain on the third after Mickelson made bogey with Koepka in close, but the former world number one missed from two feet.

Mickelson rubbed salt into the wound on the par-three fifth, holing out from a bunker for birdie after Koepka had hit a superb tee shot to 25 feet, but Koepka responded with a tap-in birdie on the next as Mickelson failed to save par from right of the green.

The tie for the lead did not last long however, yet another two-shot swing coming on the par-five seventh thanks to a Mickelson birdie and clumsy Koepka bogey.

Pars from both players on the eighth and ninth almost came as a welcome pause for breath and left Mickelson on seven under par, with Koepka and former Open champion Louis Oosthuizen on five under.

Open champion Shane Lowry and European Ryder Cup captain Padraig Harrington had set the clubhouse target on two under, the good friends playing together and carding matching rounds of 69.

It was remarkable to think that, prior to arriving at Kiawah Island, the last time Mickelson made the headlines in a major was for all the wrong reasons.

Already four over par for the day during the third round of the 2018 US Open on his 48th birthday, Mickelson badly overhit a putt on the 13th green at Shinnecock Hills which was set to roll off the putting surface.

The five-time major winner was initially unrepentant, telling the numerous critics who felt he should have been disqualified to “toughen up”, but later admitted he was “embarrassed and disappointed” by his actions.

Fast forward three years and the 50-year-old had the chance to dominate the headlines for all the right reasons and succeed where Greg Norman and Tom Watson had failed.

Norman was 53 when he took a two-shot lead into the final round of the 2008 Open at Royal Birkdale before a closing 77 meant he had to settle for a share of third place.

A year later, Watson led by a shot after 54 holes at Turnberry and was still one clear with one hole to play, only for the 59-year-old to bogey the last and lose a four-hole play-off with Stewart Cink.