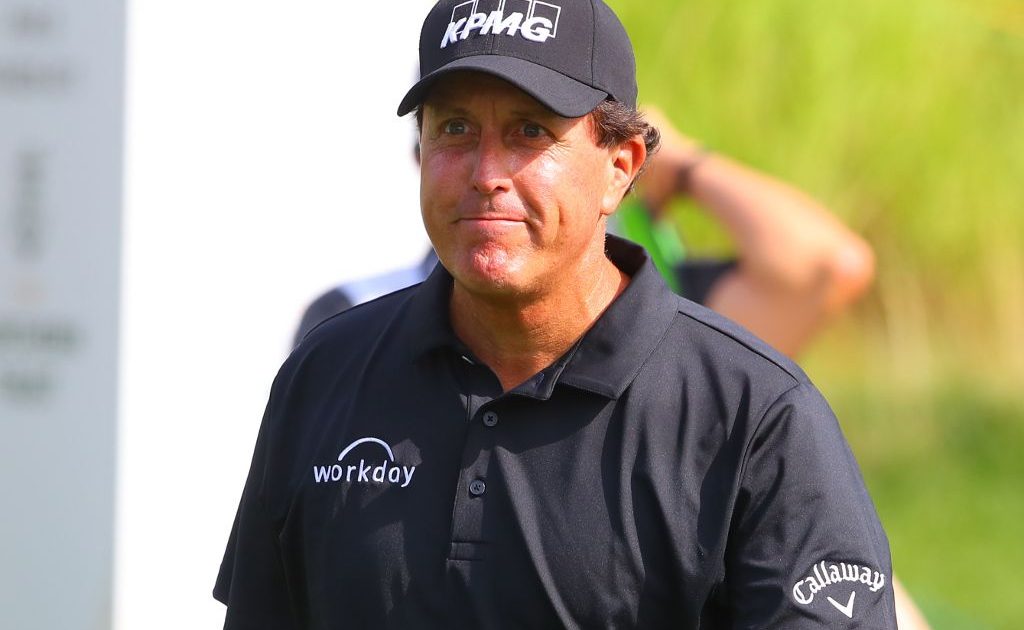 Phil Mickelson is embarrassed by his “reckless” gambling but insists his decision to join the controversial Saudi-backed LIV Golf Invitational Series this week has nothing to do with financial difficulty.

Reports have suggested the six-time major winner lost about 40million US dollars (GBP 32m) between 2010 and 2014.

However, the left-hander insists he and his family remain financially secure and signing up to the breakaway series has more to do with giving him more freedom over his playing schedule than chasing lost money.

“At this point in my life, just as importantly, it gives some balance in my life for Amy (his wife) and I,” he told Sports Illustrated.

“My family and I are and have been financially secure for some time.

“My gambling got to a point of being reckless and embarrassing. I had to address it. And I’ve been addressing it for a number of years. And for hundreds of hours of therapy.

“Gambling has been part of my life ever since I can remember but about a decade ago is when I would say it became reckless.

“It isn’t a threat to me or my financial security. It was just a number of poor decisions.

“It’s embarrassing. I don’t like that people know. The fact is I’ve been dealing with it for some time.

“Amy has been very supportive of it and with me and the process. We’re at place after many years where I feel comfortable with where that is.”

Mickelson has flown to England to join a 48-man field for the first LIV Golf tournament at Centurion Club in Hertfordshire.

Back in February the 51-year-old American described the Saudis as “scary m************” and said he was well aware of Saudi Arabia’s “horrible record on human rights” – including the murder of Washington Post reporter Jamal Khashoggi – in an interview with the author of a forthcoming biography.

Yet he added that working with the Saudis was a “once-in-a-lifetime opportunity to reshape how the PGA Tour operates” by creating a new series of tournaments with a different format.

“I certainly do not condone human rights violations. And addressing what happened to Jamal Khashoggi is awful,” Mickelson, who has not played and kept a low profile after those comments, added to Sports Illustrated.

Unlike fellow competitor Kevin Na, who resigned his PGA Tour membership, Mickelson has retained his life membership status and also plans to play in next week’s US Open, having missed the year’s first two majors.

“I have not resigned my membership. I worked really hard to earn that lifetime membership and I’m hopeful that I’ll have the ability to play wherever I want, where it’s the PGA Tour, LIV or wherever else I want,” he said.

“I’ve had many conversations with the organisations that run the majors. I do want to keep those conversations private but I am looking forward to playing the US Open and I’ll be there. I’m under the understanding that I’m able to play.”

On missing the Masters and defence of his US PGA title, Mickelson added: “I was under the understanding that I was able to play but I really needed some time away.

“I did watch them but I didn’t necessarily want to be there. I wasn’t in a position to be there and be able to compete.”

The Centurion tournament is the first of eight LIV Golf events scheduled for this year with plans to expand to 14 in the coming years.

The competitions are to be played over 54 holes rather than the standard 72 with groups teeing off simultaneously on different holes in a ‘shotgun’ start.

Greg Norman, chief executive and commissioner of LIV Golf, said: “Phil Mickelson is unequivocally one of the greatest golfers of this generation.

“His contributions to the sport and connection to fans around the globe cannot be overstated and we are grateful to have him.”